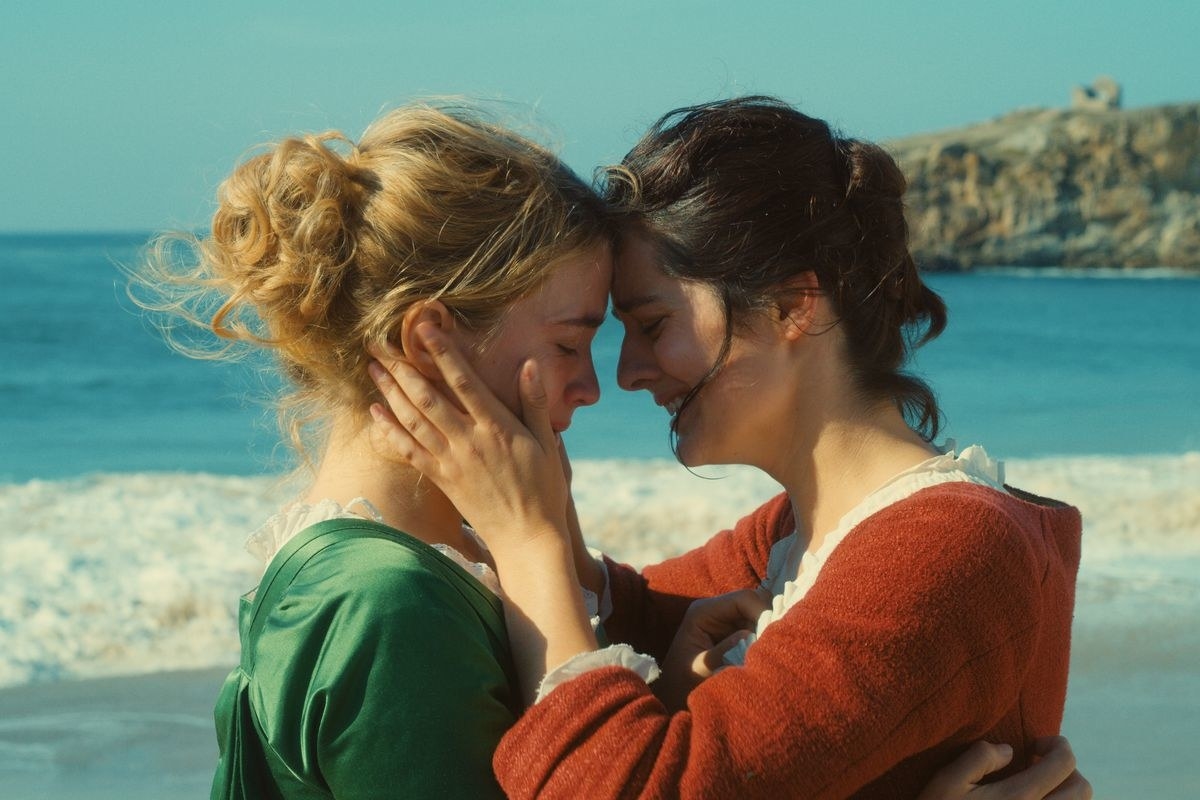 The co-stars of Céline Sciamma’s sumptuous period romance discuss the intimate – and political – nature of the film.

Noémie Merlant & Adèle Haenel are interviewed for their movie Portrait of a Lady on Fire (Portrait de la jeune fille en feu) which is written and directed by Céline Sciamma.

Portrait of a Lady on Fire is the story of two young women in 18th century France.

Héloïse is an aristocrat whose mother is trying to marry her off to a stranger in Milan. Marianne is an artist who has been hired to paint Héloïse’s portrait as a gift for Héloïse’s would-be suitor.

But since Héloïse refuses to sit for the portrait, Marianne employs a subterfuge: She tells Héloïse that she is there only to be her walking companion.

During the day, Marianne attempts to memorize Héloïse’s features as they take walks along a windy beach. At night, she commits them to canvas.

It’s a potent premise for a love story.

Before too long, Marianne and Héloïse are in love, and then in bed together. But all the time, there remains a certain precise and minimal distance between them, and that distance is all wound up in the French word vous.

Then Marianne runs out of the house in tears. And Héloïse, in her wedding gown, comes flying down the stairs after her.

“Retourne-toi!” Héloïse calls. She’s saying, “Turn around” — and she’s saying it in the informal mode.

Marianne turns around and looks at Héloïse. And for this single, shining moment, for just a breath, they are intimates and equals, and they know each other in a way that no one else ever will.

And then Marianne leaves, and Héloïse never sees her again. But French speakers in the audience now know the true depth of their intimacy. It goes all the way into their grammar.