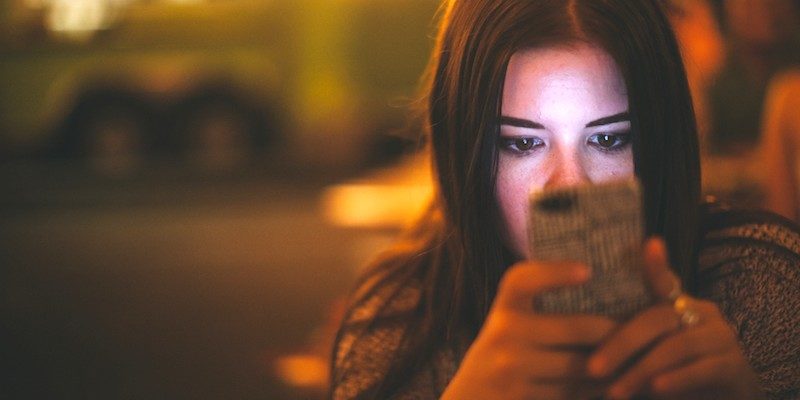 Q: Her Addiction Is Causing Friction in Our Relationship

I’ve been dating my girlfriend for three years now, and living with her for half that time. We’re 26 and 27. She’s a great conversationalist, a hard worker, and is very supportive. In general, we get along well, but lately there have been issues. She’s a daily marijuana smoker and always has been. It’s something I never liked, but I made the mistake of assuming she’d grow out of it with time. I try to meet her halfway and don’t think it’s fair to demand she stop something she really enjoys.

However, because I’m also her roommate, my opinion on the topic should carry some weight. I ask that she smoke outside and remind her that I don’t think it’s OK before work or a date. I catch her doing it repeatedly in the shower and occasionally in her car before work. This has led to numerous fights and has put a real wedge in our relationship. Her response most recently is that I’m too controlling, and that I try to rush everything — marriage, cutting down on drinking, smoking, etc. I think my requests are reasonable, but her behaviour shows she isn’t ready for a commitment like marriage. Is there any hope here? I want to salvage this.

A: Personally, I have been in both your shoes and your girlfriend’s shoes in this particular scenario. I happen to enjoy marijuana use myself – as long as it’s done with respect to others and with respect to your priorities. If I were to work an office or retail job, for example, I would never consider smoking before going to work – but the fact is that it’s a matter of personal preference.

From your girlfriend’s side of this problem, I can understand how it might come across as controlling. In the marijuana-using subculture, there is this myth that it’s not an addiction, it’s not a drug, and it’s not a problem for those around us. However, as someone who wasn’t always a recreational user, I know that all three of these things are false, but the side of the opposition is a bit exaggerated as well.

First, marijuana is most definitely an addiction. From your girlfriend’s standpoint, her daily use suggests that she will probably not “grow out of it” until such a point where she no longer feels the desire to smoke every day. In some ways, it’s more of a habit than an addiction, but psychology tells us that there’s really not a lot of difference between the two terms. For its users, marijuana causes a feeling of calm, relaxed, simple thought. This can be both good and bad.

I like to liken my marijuana use to that of my daily coffee. Sure, they cost me a lot of money, and they alter my state of mind – but I like the altering they do. They bring me peace and joy – well, peace at least. Joy is a bit subjective and depends more on what I do with the state of “peace”. I’m sure your girlfriend probably feels the same way.

Second, it’s definitely a drug – although, just as my example for it being an addiction, it’s a much “lesser” drug than many others. Unlike, say, methamphetamines or cocaine, marijuana is unlikely to interfere with your life unless you allow it to. Certainly, it is possible to be a successful person and also a recreational marijuana user.

Third, in regards to the ways it interferes with others – I was not always a marijuana smoker. I had tried it a few times in high school, and basically decided that it wasn’t really for me. The woman I was with at the time was a daily smoker, often smoking all day long, and the smell was nauseating to me unless I was smoking with her. (That’s a good portion of why I ended up using marijuana again, actually, but that’s not really my point here.) I found it disgusting and, like you, I only saw it as an addiction.

You do have every right, as her roommate, to impose rules on where it is OK to do – as long as it pertains to your shared assets. Her car, for example, unless it is also your car, is hers to do as she chooses in. It’s not particularly safe to drive while under the influence of marijuana, but if she’s being safe about it and only using the car as a place to smoke when it’s parked and she won’t be going anywhere, it’s really not your decision to say that she can’t (or even that she shouldn’t).

Smoking in the shower, on the other hand, doesn’t even make a lot of sense to me – who would want to smoke in the shower when they have a perfectly good car? I might be partial, though; I’m currently staying with my parents and can only smoke in my car or outside.

I understand how you feel about not wanting her to smoke before work. It’s seen as irresponsible and it can be frustrating when you have certain expectations. But it’s important to note that, just because you have expectations from her, doesn’t mean she’s forced to follow along with your wishes. It would be great if our partners were exactly what we wanted them to be – but it’s not practical.

I do think that some of your stipulations come across as controlling, especially if your partner is also having questions about you rushing her into other things (as you mentioned). There are some situations where it’s ok to impose your opinions, and others where it is not. Allow me to briefly run over a few things that may make for a more even compromise between the two of you.

I know it might not seem like it, Reader, but I do understand the frustrating position you’re in. It can be tough when one partner’s hobbies (because most marijuana users do consider it a type of hobby) don’t line up with the other partner’s dreams. In many cases, you can learn to work around these things, but sometimes – if the opinions from either side are polar, and both consider it an important issue – it may be best to just walk away. As I’ve said time and time again, not every relationship is meant to last, and it’s almost never entirely one person’s fault.

PrevPreviousDestination of the Week: Amsterdam
Next9 Things Lesbians Should Stop Making a Big Deal AboutNext