How Do I Get Rid Of My Stupid Straight Girl Crush? 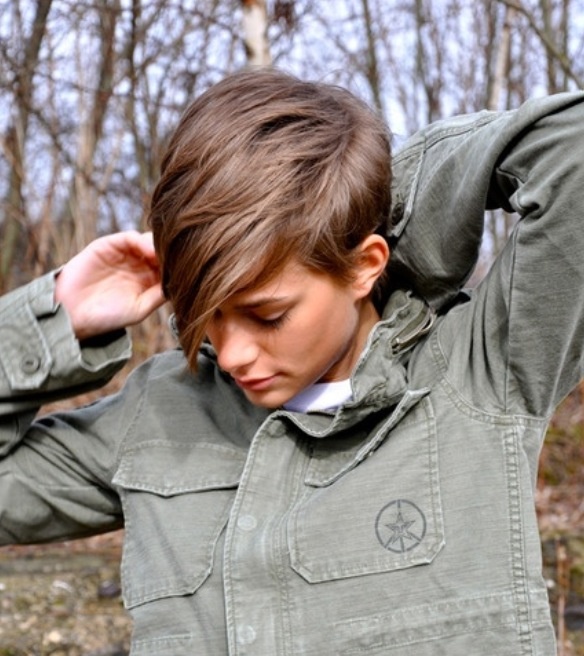 I hate having crushes on other girls. They’re always straight and/or they’re always in relationships. And I can never talk about it and get understood in real life because I don’t know anyone in the LGBT community. My one actual friend is a straight man who pretty much gets to sleep with whoever he wants, and all other acquaintances are straight as well.

I had a crush on a woman at work. I don’t really get crushes that often (for exactly this fucking reason) and today I found out she’s with a guy.

This always ends up happening. I mean she’s beautiful, into the same stuff as me, actually does an activity I do which gives us something to talk about.

I try to ignore there being any other aspect besides sexual frustration, because that alone – not being wanted physically by any women – is hard enough to deal with, but never getting to properly be with a girl hurts. Never being wanted hurts. My friends don’t get it and just say I should wait till some drunk straight girl wants to ‘experiment’, like that’s not creepy.

I just want to be wanted and not used as a tool or ignored. I don’t know. Just needed to vent…

Ah, the straight crush – an unfortunate part of everyone’s lives. While everyone is definitely going to fall for people who aren’t into them, it’s a special type of awkward when they don’t even see it as a possibility. But, in many ways, it’s really not any different from any other crush that doesn’t go anywhere. (Not that this fact makes it any easier to deal with, of course.)

Let’s start by talking about your friends’ advice. You are absolutely right to say that this is creepy – I think it’s never a good idea to take advantage of someone in a compromised situation. Of course people’s inhibitions are lowered when they’re drunk. That’s exactly why you shouldn’t do it. I don’t even have sex with my long-term partner if either one of us has more than just a buzz going on. I know not everyone feels the same way, but drunken sex barely counts.

There’s not really much advice I can give that hasn’t already been beat to death – the subject of unreturned crushes has pretty much been done to death. Especially for those of us who are attracted to the “straight girl aesthetic” (as much as one may exist), it can turn into a continual cycle, and since you can’t exactly control who you’re attracted to…

Personally, in cases where the other person is homophobic (or “homo-naïve”, as I prefer to say), it makes it a lot easier for me to get over the crush. It’s really unattractive for me to see anyone with bigoted views, so that usually fixes things right up. But in cases where they’re not exactly opposed to the idea, it seems like more of a personal rejection somehow – it’s not that they’re saying no because they’re ignorant, so much as they’re saying no because they’re just not into you.

But, the process of getting over these crushes can be made simpler with a few little tricks.

Try to hit up your local gay bar – but don’t get smashed. Not everyone who goes to the gay bars is there to get drunk and go home with a random stranger, and many of the women who are there for that will not wake up gay in the morning, if you catch my drift. Not all curious girls end up finding out they’re straight, but if you’re trying to find anything real, I suggest looking for a woman who knows she likes women already – especially since you’ve got a straight-girl pattern going on.

If the bar scene isn’t your scene (or you’re too young, or there isn’t one in your area), I find myself continually recommending online dating (link contains a list of sites we recommend)– and I think it’s a good option for you, too. There are a bunch of filters that should help you find exactly what you’re looking for, as long as you’re willing to negotiate a little – it’s not Build a Girlfriend Workshop, after all. But, if you keep your expectations reasonable (and be safe about it), online dating can be a rewarding experience.

I recommend you reach out and try to find the LGBT community in your area. There’s no rule that says you can’t have straight friends (in fact, most of my closest friends are super straight), but every now and then it helps to have like-minded people to get advice from. Otherwise, you end up with friends who tell you that you might as well give up and try sex with a guy (yes, I’ve heard that before), or – like your friend – someone who tells you to just take advantage of a drunk chick. Not cool.

(Psst – we’ve also got a post that gives advice for finding lesbian friends.)

2 thoughts on “How Do I Get Rid Of My Stupid Straight Girl Crush?”