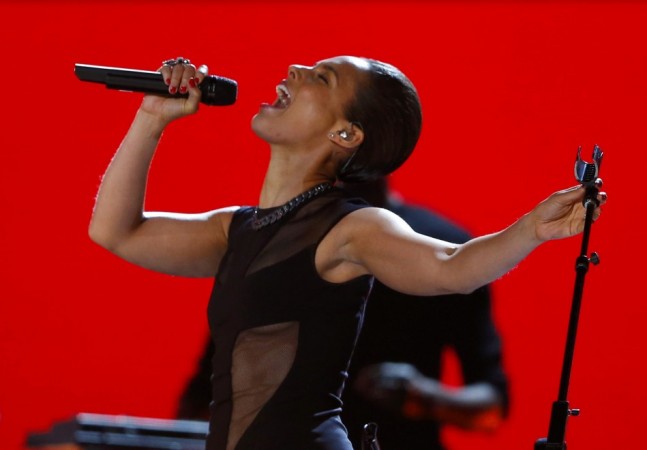 What’re they gonna do ’cause we’re the same sex?”

Do you remember the first time you hooked up with a girl? Your heart pounded, sweat dripped, you couldn’t tell where your body ended and hers began. Your head probably swam with questions: “Am I gay? Is she gay?” and, of course, “What do I do now?”

Alicia Keys asks the same questions in Where Do We Begin Now? a song that will make you nostalgic for the first time you woke up in a girl’s bed.

In Keys’ song, the confusion is somehow bittersweet. She enjoys the rush of not even knowing where to start. Her queer identity is unmapped territory.

“We ain’t even had a conversation,” sings Keys. This line is familiar to anyone who’s woken up too nervous ask, “What does this mean?” or “What are we?” (Or maybe even “What’s your name?”)

The song asks a lot of questions, but gives very, very few answers. Keys says, “All I know is that it feels right.”

This song is a quiet, but powerful piano anthem propelled by a steady drumbeat, which pounds like a heartbeat. Every beat of the drum takes you back to your lost love. Keys’ voice wavers all over the track, overcome with emotion yet somehow restrained – her voice never cracks, but you can tell she is close, as if singing through tears.

Listeners may have a question of their own: Is the song autobiographical? No one is quite sure, and Keys has not discussed the song in public.

The track is quietly slipped second-to-last on her most recent album, HERE, an eleven-song statement about peace and human rights. As of yet, the track has not gained traction in the queer community, but that’s likely to change.

Since the early 00s, Keys has been known for her trademark tomboy swagger and ambiguous gender presentation.

Although she is currently married to hip-hop artist Swizz Beatz, this song calls into question her perceived heterosexuality.

Perhaps this is Keys’ way of coming out as bisexual. Or perhaps she just needed an LGBT-positive song to fit with the humanitarian theme of her album.

She’s not the first female R&B singer to question her sexuality via music. If you like this song, check out Keke Palmer’s song I Don’t Belong to You, which features a love scene between Palmer and singer Cassie.

PrevPreviousThe Veronicas Drop Passionate-Epic For ‘On Your Side’ Music Video, Starring Ruby Rose
NextQueer Radical Books To Read If You’re Worried About The Trump PresidencyNext