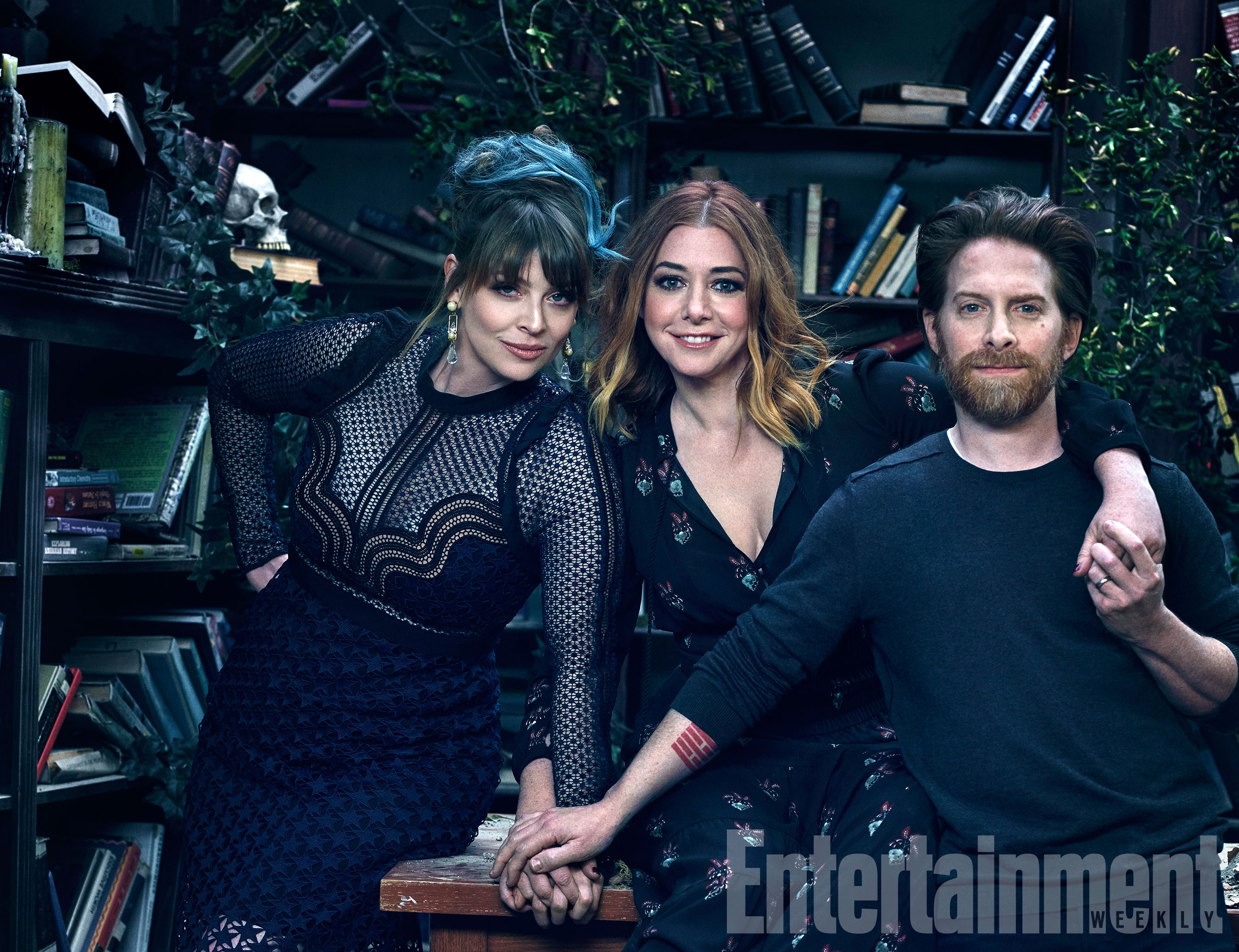 The cast of Buffy The Vampire Slayer reunited to celebrate the show’s 20th anniversary with Entertainment Weekly this week.

As part of EW‘s celebration, Alyson Hannigan opened up about the characters’ relationship – including how she didn’t even get the hint that Willow and Tara were about to become more than friends.

We were walking in the parking lot, and [Joss] just said, ‘Willow’s going to get a friend, and she’s going to be a special friend.’ I was like, ‘Okay, great!’ I didn’t really know what that meant.”

Of the years-long plot, she said:

You got to see the journey, so that, I think, was very groundbreaking, and … I’ve never had anything but just such a positive reaction.

It’s just been such a profound thing for people who were going through the same thing or just terrified of what they were going to have to go through and just to see somebody that they had been watching for so many years to get to not feel so alone, it’s like it’s such a gift to be able to be part of that.”

There definitely hadn’t been a gay character that had been on a show from the beginning [before Buffy]. This was a character that you got to see the journey, that was very groundbreaking.

The fact that it was such a non-issue was so great, and that’s how it should be.”

It was a beautiful relationship, and it wasn’t gratuitous, it wasn’t about two girls making out, it was about two people who both happen to identify as female who fall in love.

They were good to each other, they treated eachother way. It was a normal relationship. You normalise it, and make it okay, because it is okay.

We got a lot of young letters… there were a lot of young people who felt very isolated, and to see two characters on a television show be accepted by a group of peers changed the game.

They already loved Willow but then to see that Willow became even more somebody that they could identify with it made it okay for them to be who they were.”

Tara came into the narrative because I was like, how do you follow Seth Green? Well, Willow’s in college, so maybe she finds a girlfriend. That was an important thing for people to see, but really I wasn’t thinking about that! As much as I wanted to make a feminist show, I really missed a lot of what was going to be important abut the show. I thought that was just what you’d do.”

The pair also took part in an anniversary shoot for the reunion.