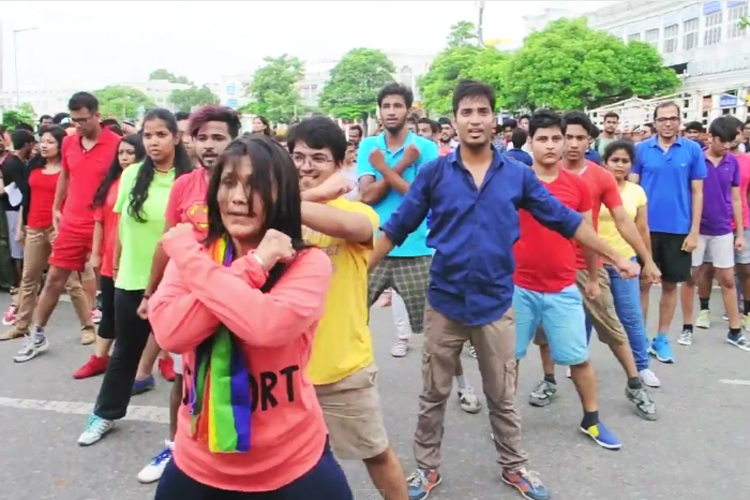 India may not be the most progressive of countries when it comes to LGBT rights, but if the recent flash mob in the capital is anything to go by, more and more people are coming out in support of decriminalising homosexuality.

This weekend, Delhi saw it’s first LGBT flash mob at Connaught Place – one of the popular places in the city – presented by an organisation called Harmless Hugs.

The almost 10-minute performance was not only about dance, but also subtext, as it showed same-sex couples come together and be separated. This open portrayal of these homosexual couples sent a strong message across.