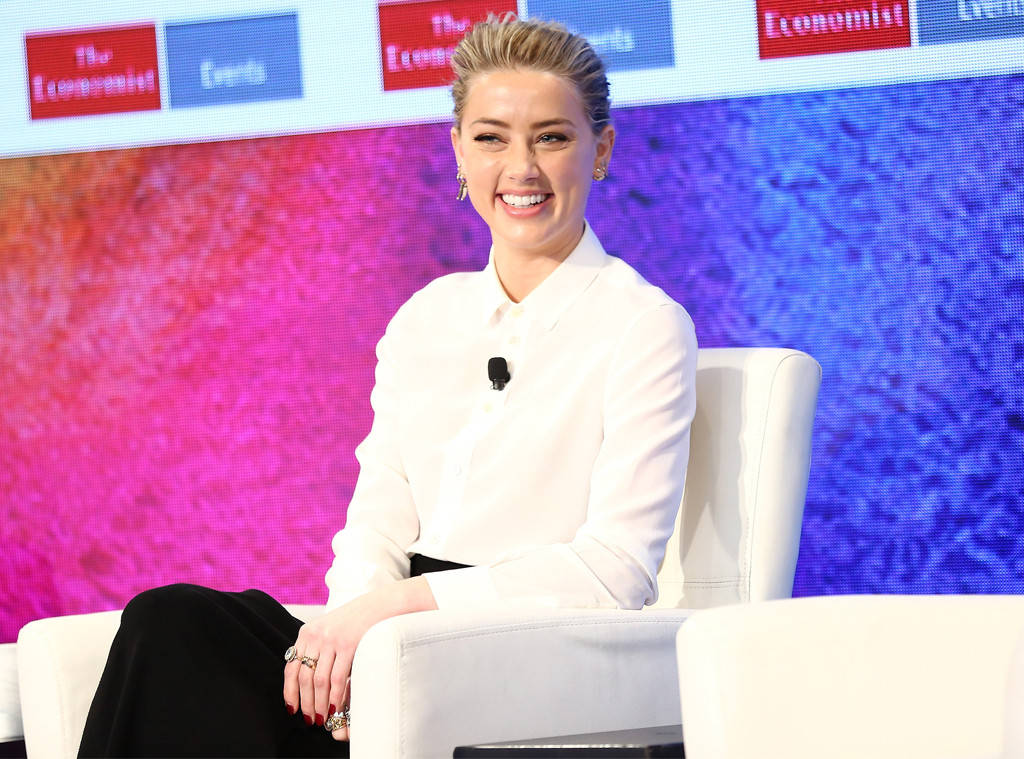 Amber Heard has talked about her queerness at the The Economist’s annual Pride & Prejudice conference in New York this week.

Heard – who first publicly discussed her sexual orientation for the first time in 2010 – had some interesting thoughts to share on her queerness.

I just answered honestly. I could tell by the look on this person’s face it was a big deal. My poor publicist. Then I realized the gravity of what I had done and why so many people—studio execs, agents, advisors—did not want this coming before my name. I became attached to a label. I’ve never seen myself defined by the person I’m with.

I saw myself being in this unique position and having a unique responsibility. So, I bit the bullet.”

Heard was told having the word “bisexual” attached to her name was problematic.

As a leading lady, there’s a certain amount of wish fulfillment. I was asked ‘How is anyone going to invest in you romantically if they think you’re unavailable?’ I said, ‘Watch me do it.'”

I never have seen myself as defined by the person I’m with, the same way you’re not defined by the hair color of your partner—I never saw myself defined as one particular thing or not… I watched as I quickly became not actress Amber Heard, but out lesbian Amber Heard.”

Heard also says she is proud to see other actors in Hollywood coming out.

I stand here now amongst many of my romantic leading lady peers who are out and fluid. I’m one of many now, and I’m working.

If we’re meant to reflect the world around us, the whole point of telling stories and reaching audiences is to challenge the status quo, to push the envelope. Not just to meet the status quo. We’re in a unique position to do this. We need to be actively pushing.”

Heard argued that women are at the forefront of the LGBTQ fight in Hollywood.

If every gay man that I know personally in Hollywood came out tomorrow, then this would be a non-issue in a month.” Despite the progress that’s already been made, she said, “We have a long way to go.”