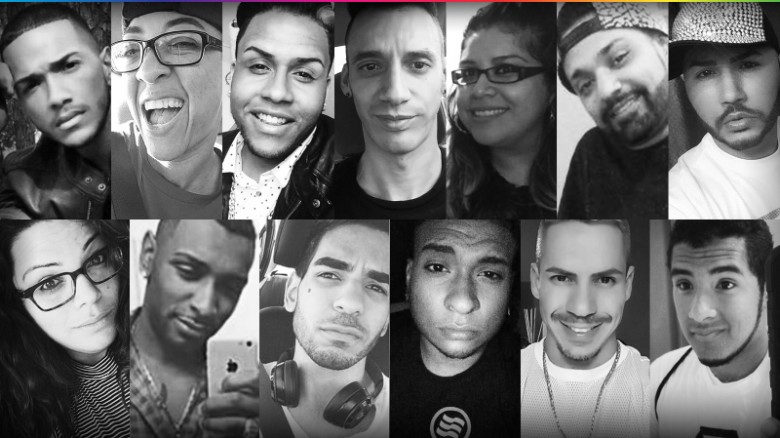 Last night, less than 48 hours after the deadliest terror attack on American soil since 9/11, Anderson Cooper began his prime time program with a tribute to the 49 lives lost in the Orlando, Florida, nightclub shooting.

Noting that his broadcast would neither display photos nor mention the name of the dead gunman, the CNN anchor emotionally listed the names of those killed in the attack at Pulse nightclub as their names scrolled on the ticker at the bottom of the screen.

In the next two hours, we want to try to keep the focus where we think it belongs, on the people whose lives were cut short.”

The tribute lasted nearly seven minutes, and paired facts and faces to those victims who were still being identified as late as Monday night.

They are more than a list of names. They are people who loved and who were loved,”

As of this morning (June 14), the city of Orlando had released the following names of victims on its website.