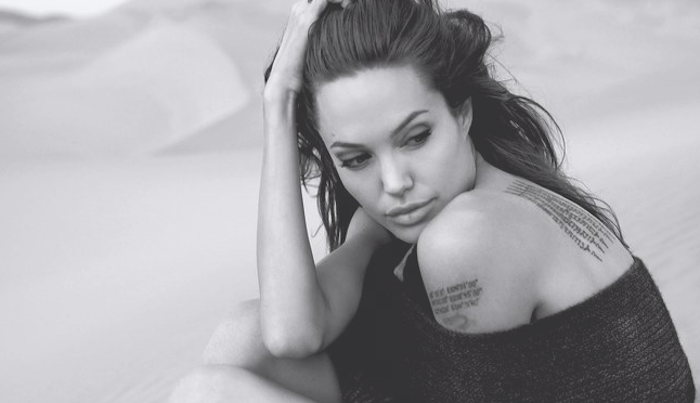 Bisexual actress, director, and film maker, Angelina Jolie Pitt, has shared details about her marriage to Brad Pitt, in a new interview with Vogue.

Angelina admitted the couple have their “issues” as she promoted her new film, By the Sea, which sees the pair starring together on the big screen for the first time since 2005.

The film, which she also wrote and directed, centres on a couple’s attempt to keep their crumbling marriage together while on holiday in France.

As artists we wanted something that took us out of our comfort zones. Just being raw actors. It’s not the safest idea. But life is short.”

However, the 40-year-old maintains the film is “not autobiographical”.

Brad and I have our issues, but if the characters were even remotely close to our problems we couldn’t have made the film.”

The actress, who recently underwent surgery to remove her ovaries and fallopian tubes, also revealed her excitement to turn 50.

They are not easy surgeries. The ovaries are an easy surgery, but the hormone changes – interesting. Both of the women in my family, my mother and my grandmother started dying in their 40s. I’m 40. I can’t wait to hit 50 and know I made it.”

Early in her career, Angelina not only played lesbian and bisexual roles, she was also open about the fact that she is bisexual and has had relationships with both men and women.

She has often spoken openly and honestly about her feelings for women, despite the fears that would keep some celebrities in the closet, she has always won big awards and big movie roles.

I’ve never hidden my bisexuality. But since I’ve been with Brad, there’s no longer a place for that.”