Anger vs. Aggression: What’s the Difference? 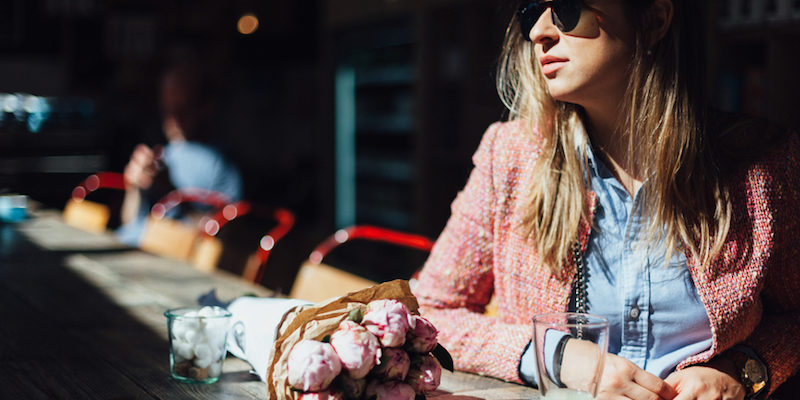 I’m going to let you guys in on a little secret: I used to go to anger management counseling.

Talking to me now, I’m one of the most peaceful people around – as long as my anxiety isn’t flaring up too bad – and when I tell friends about my old anger management days, most of them roll their eyes and look at me in disbelief. “There’s no way you could be in anger management,” one will say, followed by another chiming in, “…And anger management doesn’t work anyway.”

In my experience, anger management helped – but only because I didn’t like how I was when I was angry all the time.

Through counseling, I found that my anger wasn’t really a problem in itself, but certain actions that followed were the problem. It wasn’t a problem that I was mad, but it was a problem when I threw things when I was mad. At the time, I couldn’t see the connection, but looking back, it’s definitely clear.

My anger wasn’t the problem. I was.

Now, you might be wondering how that works out, since our actions and our emotions are both big parts of who we are. Well, you’re right. But we can’t really control our emotions.

With practice, we can eventually build up a thicker skin, or grow a little more sensitive, but for the most part, you’re stuck with what you get. Our actions, on the other hand, are based largely on our conscious thoughts – we can decide how we react to a situation.

Of course, the problem goes a little deeper than that – so let’s take a closer look.

Anger is an emotion.

Life is an experience, and that experience requires the full spectrum of human emotion. Most people could stand to have a little less anger in their lives, but we need to feel angry from time to time. If we didn’t experience all the emotions that were possible to us, we couldn’t possibly appreciate the ones we liked more. It’s completely normal to feel angry in certain situations, too – and as inconvenient as your anger might be, as a whole, you would miss it, if it were gone. Okay, maybe that’s a stretch – but the actual feeling of anger is essential to humanity.

When we feel certain emotions, they inspire us to take certain actions, and that’s where the problem lies. How do you react when you’re angry?

Aggressiveness is a thought process.

When your anger begins to morph into conscious thought, aggressiveness is one of the possible outcomes. I suppose technically, aggressiveness could be considered multiple outcomes, too – there are so many different types of aggressiveness. People who are aggressive tend to be go-getters, in some sense or another, and the word implies a particular personality type: One that’s driven and usually competitive. It’s not hard to see how this could be used to someone’s advantage, such as in cases where someone is upset that they didn’t get the promotion at work – so they work hard to improve themselves, in order to snag the next one. Aggressiveness is a helpful trait, as long as it can be properly managed.

In some cases, however, this aggressive and competitive attitude can drive us against our peers, and may even cause us to think hurtful things about them. Naturally, we know these things are hurtful, so we try our best not to say them. Occasionally, something snide might slip out, but we tend to apologize. Aggressiveness doesn’t seek to hurt or break down others, it simply seeks to propel us forward.

Aggression is an act of hostility.

Where the other two words could be internalized (hint: not a good approach), aggression isn’t usually internalized. In fact, the word itself implies that it takes place against a person, an animal, or someone’s physical property – even if it’s your own. Even though the word is very similar, and up until the 19th century the word “aggressiveness” didn’t even exist, one can be used for good, while the other rarely results in anything worthwhile. (Unless you consider wars, discrimination, and vandalism worthy causes – some people genuinely do.)

If you want to minimize your aggression, you’ll need to understand where it’s coming from. Hint: It’s not always from anger – some people may be predisposed to aggression because of mental illness or poorly-formed interpersonal skills. Once you’ve determined what the triggers for aggression are, you can start to move forward and seek out a better response to your negative emotions.

Get in touch with your anger so you can understand it.

Rather than attempting to shut down your ability to feel angry at all, you should try to understand your anger. In certain cases, such as when a partner cheats on you or when you get fired for something that wasn’t your fault, it can be necessary to fully explore those feelings, and even to express them outwardly. Just keep in mind that exploring your anger is not the same thing as unleashing your aggression, and it shouldn’t be treated as such.

Instead, you should use your anger as a catalyst for problem solving. If your partner didn’t honor her commitments to you, it’s entirely within reason to be angry with her, and to give her a choice: Shape up or get out. It’s also entirely within reason to remove the choice and just break up with her. Hey, it’s your anger, and it comes from a sense of your personal rights being infringed upon – use it to get to a solution!

Keep track of your outbursts.

Those who keep written journals tend to have better coping mechanisms for working through problems, as seeing their situation written down on paper helps the brain to work through it. This has something to do with how the brain handles multiple subsequent inputs. When you write something, your mind is engaged on a physical, visual, and mental level – all cooperating toward a single goal. Journaling on a computer or phone will activate two of these planes, but it will lack the physical, tactile aspect of pen on paper. Still, if all you have is the notepad on your phone, that’s better than allowing yourself to forget the incident.

By holding yourself accountable for the aggressive thoughts you have and the aggression you display, you’re assigning a mental punishment to yourself, which can help to train you not to react that way. While we already discussed that there are good and bad uses of anger, focusing on the negative reactions will prevent you from exploring the positive ones – so make sure you work on one challenge at a time.

Whenever you feel yourself working through the cycle of anger, it may be necessary to remove yourself from the situation and sit off at a safe distance. This can be as close as the other room, or as far as you choose to walk. The two important factors to remember here are 1) get some physical exercise, and 2) give yourself time to be rational. It’s literally impossible to think coherently when you’re angry, so whenever possible, try to defer the conversation until you’ve calmed down.

Please note that walk away is not the same as run away, nor is defer the conversation the same as bury your anger. When you run away and/or bury your anger, you’re trying to override your emotions entirely, whereas when you walk away and defer the conversation, you’re simply preserving your reputation. After all, no one wants to be around the person who lashes out when they’re angry, and no one wants to be the person everyone avoids all the time. Even the most anti-social among us needs a little attention every now and then.