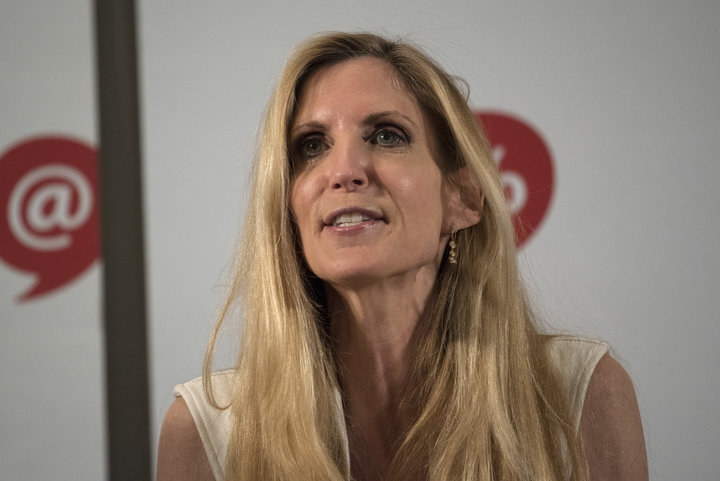 Right-wing media pundit, Ann Coulter took to Twitter this week to insinuate that “Houston electing a lesbian mayor” is a more likely explanation for Hurricane Harvey than climate change.

Yep, you read that right.

I don't believe Hurricane Harvey is God's punishment for Houston electing a lesbian mayor. But that is more credible than "climate change." https://t.co/K7d7mopY5Q

The mayor in question is Houston’s Annise Parker, one of the first openly gay mayors of a major U.S. city, who served from 2010-2016.

Coulter’s tweet came in response to an article by meteorologist and journalist Eric Holthaus, who argued that the powerful storm lashing Houston was evidence of the type of powerful that scientists believe could result from climate change. Mr Holthaus has extensively covered climate change.

Coulter has a long history of inflammatory statements that appear designed to stir outrage, and no stranger to making anti-gay claims.

She’s previously said that “gay marriage is not a civil right” and stated that sexually active gay men should “feel guilty about it.”