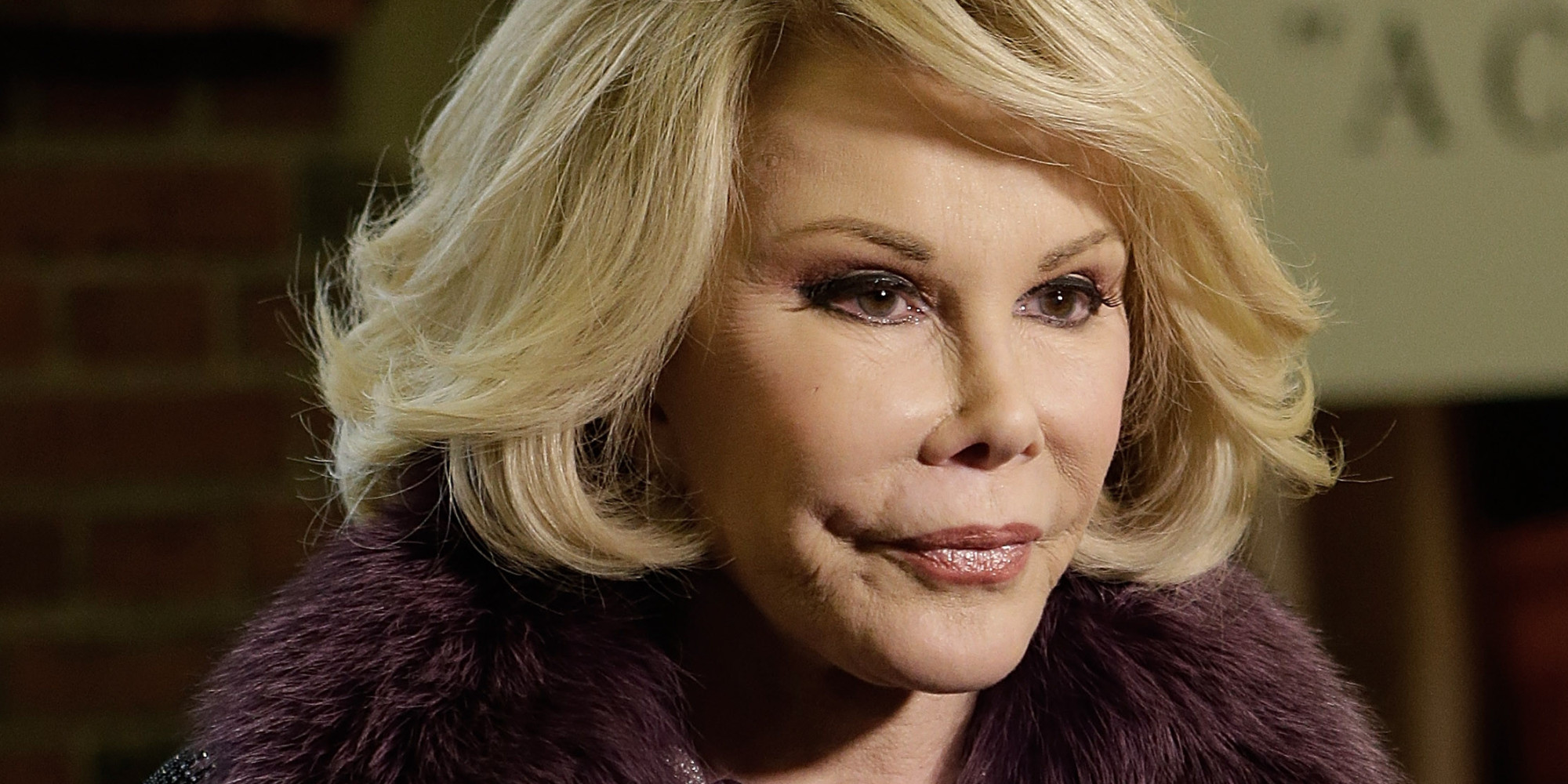 Another day, another controversial Joan Rivers quote. It seems that the incendiary comedian is at it again (when she’s not tearing down people’s outfits or appearances on E!’s Fashion police) as she’s now turned her attention from the Hollywood, red carpet attending populous to the President and the First Lady of the United States.

According to Rivers, President Obama is gay, with her words fired off to a journalist who asked her if we’d ever see a gay or lesbian president. “We already have it with Obama” was her response (which was subsequently captured on video below).

Although despite her suggesting that he’s unfortunately closeted and is in no way to be open or proud about his sexuality, it did seem to be more of a pointed barb in the Pres’ direction. She was invalidating his sexuality as a (seemingly) straight man in a (seemingly) happy marriage with Michelle Obama. A woman who, Rivers says, is transgender. “You know Michelle is a tr*nny. A transgender. We all know” Rivers continued, firing off the incredibly offensive transgender slur like it was anything but.

This isn’t the first time Rivers has landed herself in hot water either as last year TMZ asked her about MSNBC’s firing of Alec Baldwin (prior to his homophobic rant) and she chose to defend him, hurling a string of racist and homophobic slurs in succession, covering Chinese people, gay people, black people and plenty other identities too for good, offensive measure.

This is even despite the fact that she has actually been outspoken in support of the LGBT community, with the comedian even attending a gay marriage earlier in the week. Interestingly enough though, both MSNBC and E! (the network which Fashion Police airs on) are owned by the same parent company so whether the backlash of Rivers’ recent statements see her fired too will have to be seen.