Another Queer Woman Harassed For Using The Women’s Restroom 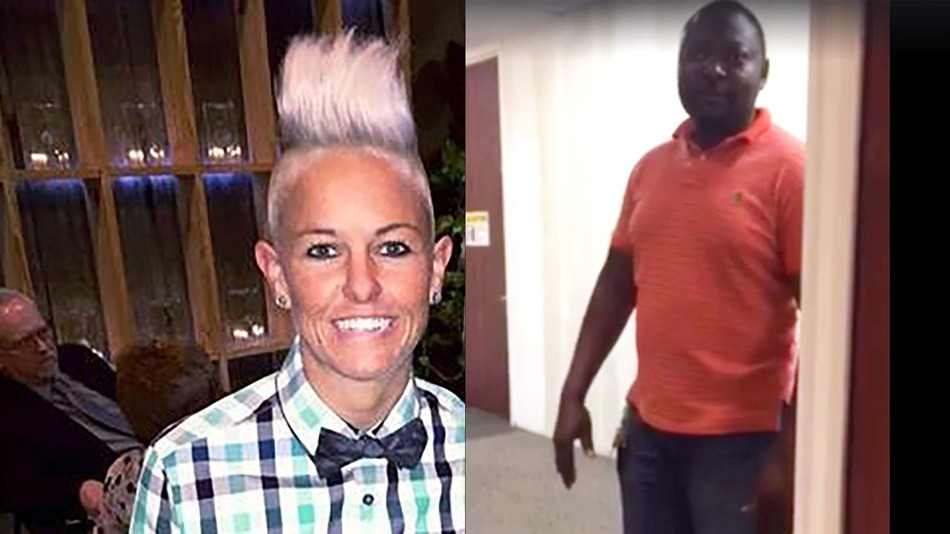 With all of the hysteria surrounding bathroom bills, it was only a matter of time until citizens started taking the matter into their own hands.

On Thursday, Jessica Rush was at the Baylor Medical Center to get her two broken fingers examined. While she was waiting to be seen, she decided to use the restroom – a decision which turned into a dramatic encounter when a man in the waiting room followed her to bathroom, believing she was a man.

Rush posted on Facebook that the man came into the bathroom at Baylor Medical Center at Frisco, after her because he thought she was a man.

Rush was able to record the tail end of the encounter on her phone.

“You didn’t look like a girl when I saw you enter so I thought you was—” the man said in the video.

“Yeah, and I was kind of confused. It’s difficult, you’re dressed like a man.”

I was panicked. Any woman’s first instincts of a guy walking straight into a bathroom are it could be anything, getting robbed, attacked or raped.”

Rush, who said she was wearing a t-shirt and basketball shorts at the time, was able to film some of the interaction to show to her wife in the waiting room, and eventually posted it to Facebook.

The man then walked away, but later in the lobby of the hospital, where Rush was waiting to have her broken fingers fitted with a cast, he explained he followed Rush because his elderly mother needed to use the women’s bathroom and he was concerned about her safety.

I was confused when I see someone entering the woman bathroom looking like a man. I was going to make sure she was going to the right place.”

Rush said this incident is nothing new for her, and in fact happens “all the time,” but said this is the first instance she’s been able to document.

She said she understands the safety concerns of parents who oppose bathroom bills that allow trans individuals to use the bathrooms of their choice (Rush is not transgender nor is she transitioning), but she said a woman being followed into the restroom by a man is also a matter of safety.

There should be safety all around, not just for one side. We’re all humans, we all have to use the restroom and in the end this is insane that it’s coming down to this.”

Rush said the incident has opened her eyes to the challenges faced by trans people. She said she isn’t angry about what happened, but instead hopes her experience will bring attention to the issue.

I’m trying to raise awareness in a positive way. Even if it was an honest mistake, one way or another we can all learn from this.”

Have something to add to this story? Share it in the comments.