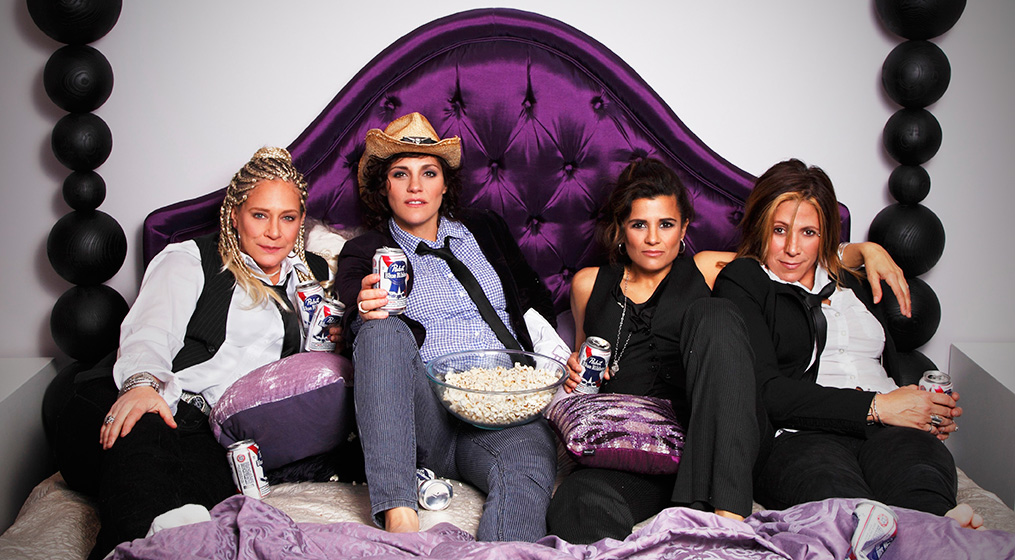 This year lesbian alt country group Antigone Rising will release two superlative new EPs, Whiskey and Wine Volume 1 and Whiskey and Wine Volume 2. They are currently touring grass roots venues in the US in support of their latest single, ‘That was the Whiskey’, which has already been nominated for an Independent Music Award. The tune was co-written with much-admired country and western songwriter Lori McKenna.

The New York-based all-girl band made the big time in 2005, selling 150,000 copies of their debut album and dominating the Billboard Heatseekers charts for over a year. Soon enough they were supporting rock legends such as the Rolling Stones, Allman Brothers Band and Aerosmith. They play almost 300 concerts annually and have performed on the Today Show and the Tonight Show. Last year’s 23 Red LP was a critical and commercial triumph.

‘It was an honour to be chosen as the couple on the cover of Time,’ said Kristen. ‘To be part of the cultural shift is not something my wife and I take lightly. We will continue to show up for our community until there is equality everywhere.’

Her music is very much infused with her politics, as Antigone Rising aim to ‘play better than the boys’ in a genre that has historically been tainted by patriarchy and reactionary attitudes to gender and sexual identity. Kristin’s wife Sarah is the President / CEO of GLAAD (Gay & Lesbian Alliance Against Defamation) and 5% of the royalties from both volumes of Whiskey and Wine will be donated to GLAAD.

Founded in 1993 by Kristen and her sister Cathy Henderson, Antigone Rising has changed its line-up a good deal over the years. Currently Nini Camps sings lead vocals and plays rhythm guitar and Dena Tauriello is on drums.