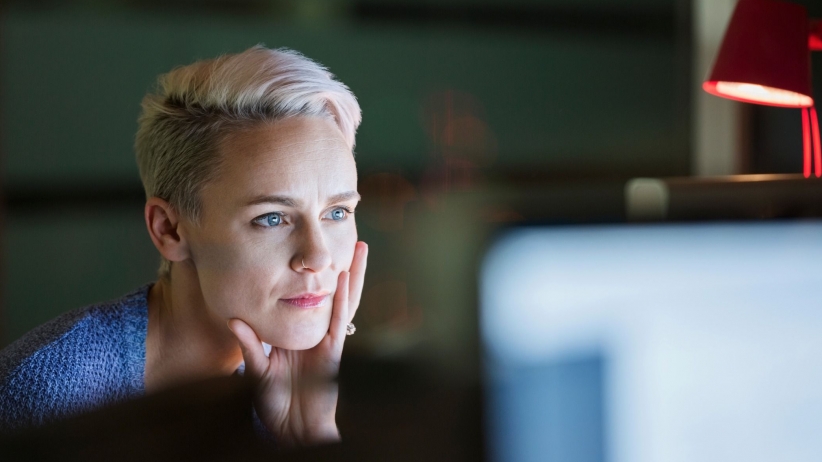 I’ve heard it so many times before, in so many different articles (including, perhaps, a few of my own): You should never have to ask permission from your partner.

In some ways, that’s really good advice, too. Often, in the course of a relationship, we manage to forget that we are our own people, who happen to share our lives with one another.

The bonds we form can unintentionally take over, and before we know it, we find ourselves speaking for one another.

Unfortunately, though, to erase all of those bonds would mean you’re just two people who happen to be in close proximity to one another, and that’s not good, either.

Truly, it’s a balance. You should never feel pressured to ask permission from your partner for making decisions that only affect you.

The problem is, most of our choices don’t just affect us – which is why I choose to ask permission, even though my partner would never demand that I do.

It prevents a conflict.

How many times have you caught yourself making plans for you and/or your partner, only to find out later that your partner had other plans for that timeframe, or that she was uncomfortable with you participating? I know I’ve fallen victim to that one a time or two. That’s how I learned that asking first is the easiest way to prevent it from happening.

Seriously. Just ask. And don’t be afraid to let it be known that you’re asking, either.

We put too much emphasis on being our own people, and we forget that our relationship needs to be nurtured, too. When you feel comfortable with the idea of asking your partner before making plans, you’re giving her a chance to do the same with you. This way, plans don’t come as a surprise, and unless you both happen to plan a specific surprise for the exact same time, you won’t find yourself arguing about whose plans have to change.

(And if you argue about whose surprise was better, well… That’s another discussion entirely.)

It keeps your separate lives connected.

It’s so sad when you see people who say they’re in a relationship together, but really they’re just living together. I know I’ve been in that type of relationship, too, and it’s not fun. Not even a little. It can happen completely by accident, when we get busy with the rest of our lives, or it can happen intentionally when one partner is being deceptive.

Sadly, even when it’s unintentional, it can take a lot of hard work to repair the damage. If the two of you are entirely independent of one another, then what are you really doing together? A relationship that thrives on convenience, rather than love and respect, is doomed to fail (and be totally miserable until it does).

When you ask your partner’s permission, you’re giving her a peek into what you’ve got going on, without her having to pry. While I’m not going to say that asking permission will magically cure insecurity, it can definitely help to prevent the misunderstandings that come from a disconnect.

It allows you to make better decisions.

Personally, I like to pride myself on my decision-making skills. I’m an obsessive planner, and have a major compulsion to write down literally everything that’s going on in my life. Otherwise, I get terribly overwhelmed, and I’m too busy thinking about what I need to do tomorrow, that I can’t focus on what I need to do today.

Admittedly, this takes its toll on my decision-making skills, so I need someone to keep me grounded. Sometimes, that “someone” is my planner or my journal, but other times, it is absolutely my girlfriend.

The truth is, everyone has times when their decision-making skills are not their best. Logic and emotion can’t really coexist (at least not at the same time). Having someone to “check in” with before making a decision gives us a sounding board to weigh out the pros and cons. Most of the time, my girlfriend just listens as I go through everything on my own, and then tells me that she trusts my decisions.

Other times, she calls me out when I’m being totally irrational, and actually points me to the option that makes the most logical sense. Even the most rational people sometimes have off-days, and I don’t know about you, but I’m no Einstein over here.

In both cases, I’m grateful for the ability to talk things over with her – and I’m grateful that she gives me the same position in her own decision making process. It’s always nice to have someone to bounce ideas off of, and it’s great to deflect to someone who may have a different perspective.

Okay, this might be my inner traditionalist coming out to play here, but… Asking if your partner is OK with something before you do it is the respectful thing to do. Your choices do affect her, even if only minimally, and it’s nice to defer to her to make sure she doesn’t feel disrespected.

Again, asking permission won’t cure insecurity, but if it might help, why wouldn’t you do it?

Likewise, when you show your partner the respect of asking permission will also inspire her to do the same for you. If you’re the only one asking permission, that’s when it’s a problem. But if you each ask each other before you make your decisions, you’re reinforcing the idea that your relationship is a partnership.

It creates a partnership.

I know, I know – I kinda just said this. But your relationship needs to be a partnership. You two should lean on each other, and respect each other’s feelings about the important things, as well as the trivial things. (Of course, I’m not telling you to text your partner to ask if you can go to the bathroom or take your break at work – that would just be ridiculous.)

When you agree to ask each other before making your bigger decisions, you’re reminding each other that you’re on the same team, each of you allowing the other to have a say in things.

Remember, though – you both need to feel the same way, or it’s going to cause a chasm between you. If one of you is constantly asking permission, and the other is doing their own thing no matter what, you don’t have a partnership. You have a dictatorship and the relationship is going to have some serious negative consequences, for both of you.

Lastly, it gives you an “out”.

I’m sure there have been a time or two when you’ve been invited to something you’d really rather not do, but you couldn’t think of a good reason not to. (No? Is that just an introvert thing?)

In a healthy relationship, your partner will understand your desire to have an “out”, and she’ll be happy to oblige that for you. Of course, this shouldn’t be abused, but from time to time… It’s nice to know you’ve got someone to back you up.

In some cases, it gives your partner an out, too. Instead of making plans for both of you, it’s good to get in the habit of asking whether she wants to be included. “Do you mind if I…” and “Would you like to join me?” should go hand-in-hand, most of the time. You should want your partner to be an active part of your life, whenever appropriate.

No matter what your specific reasons for asking permission are, it’s a great habit to get into – and I am proud to say that I ask my girlfriend’s permission for something at least a few times a week. Do you?