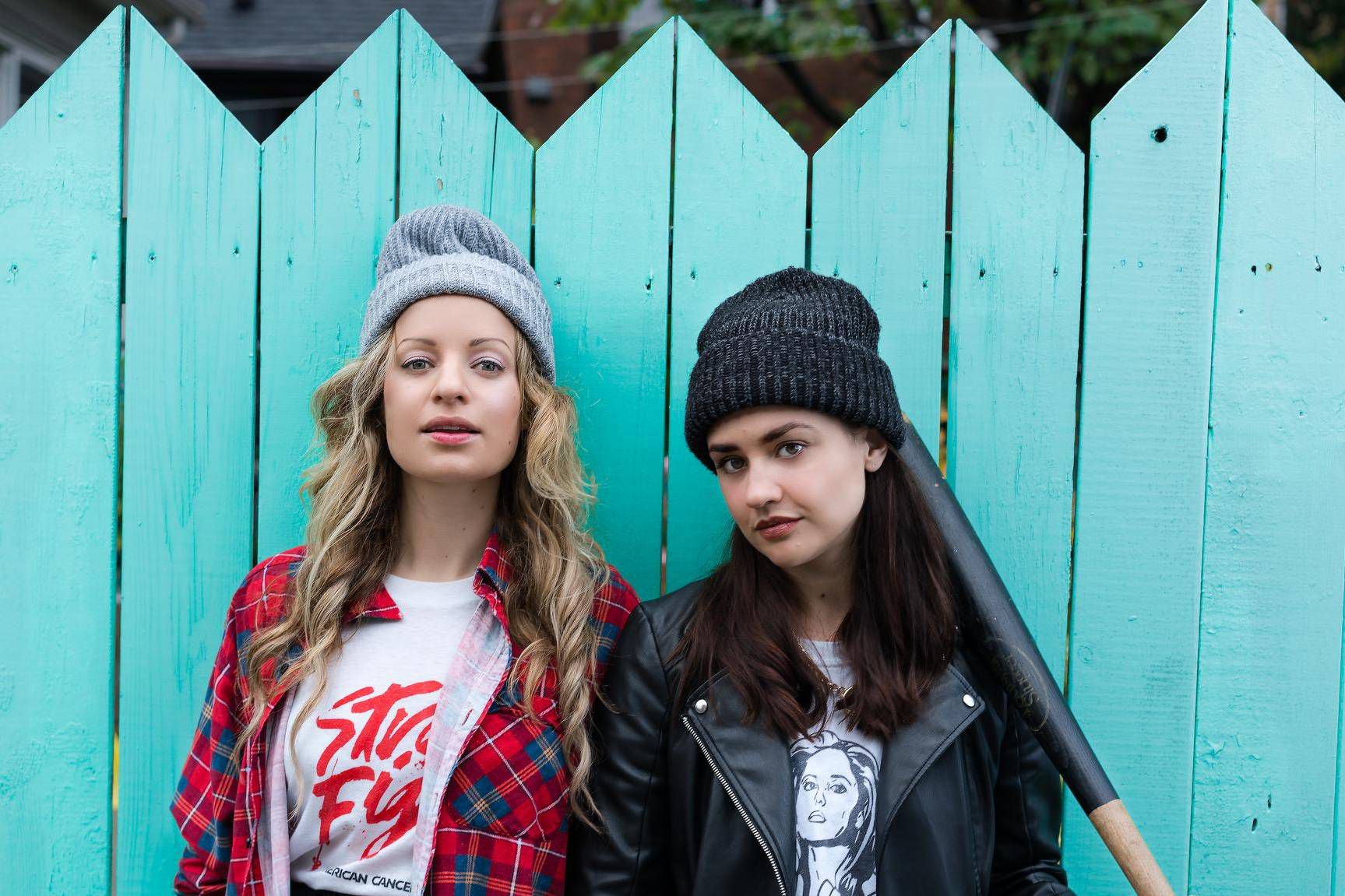 Barbelle (on the YouTube channel KindaTV) is a female written, directed, and produced web series featuring a cast of queer characters.

It’s a great acid-tongued comedy set in the Canadian music world of now, which follows the story of a newly famous pop star duo whose meteoric rise to stardom has led to a blitzkrieg on their personal lives.

A kind of rowdy anti-romance love story it is officially described as “A lesbian Spiceworld in Toronto, and a love letter to the Canadian music scene.”

It stars Gwenlyn Cumyn and Karen Knox as Alice and Veronica, respectively, the queer duo and music hit-makers Barbelle.

Things kick off two years into the duo’s fame and hit songs. They announce to their record company that they’re breaking up.

That is, as a couple. They are, however, obliged to continue as a music duo.

Karen Knox, who is terrific as Veronica, has called Barbelle “a story that follows two queer pop musicians as they navigate the ups and downs of celebrity in the digital age.”

It’s that, but joyous and flinty in its wicked humour. A total pleasure to snack on.