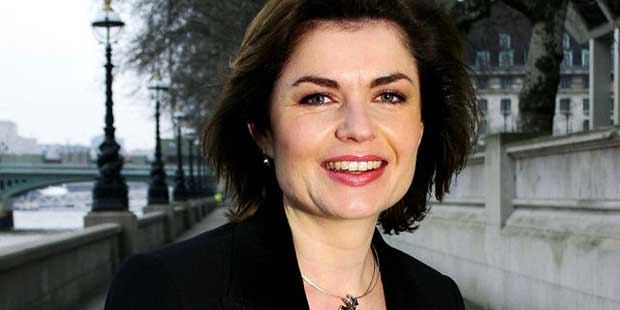 BBC presenter Jane Hill – who came out in 2009 – told the Mail on Sunday about her struggle to come out and said she had no one to look up to, but credited fellow host Sue Perkins and model Cara Delevingne for increasing the public’s acceptance of LGBT women.

Where were girls like Cara when I needed them?”

Hill also discussed the difficulties she faced when coming out – a struggle she believes the younger generation will no longer face.

Talking to The Mail on Sunday, she said

When I was growing up, I had terrible struggles with who I was,” said Hill. “It was hugely difficult for me. I didn’t know any lesbians. I didn’t see any gay women in the media in magazines. It wasn’t talked about. It wasn’t part of the conversation.

I went through my 20s and 30s not being who I was and not feeling it was right for me to be able to be who I was. There was just one image of a lesbian, this tough clichéd image and it didn’t fit me. I really struggled and it took me a very long time to get here.”

What I think is truly incredible is that I now look in a magazine and I see Cara Delevingne, this beautiful model, just completely relaxed about who she is and not trying to hide it, not being secretive.”

Delevingne, who recently went public with her relationship with singer St. Vincent, has been open about being bisexual, telling Vogue earlier this year that she has loved both men and women.

What I find even more extraordinary the fact she is gay isn’t even a story. It’s just accepted, it’s fine. It’s just who she is. For young girls growing up, this is incredible.”

She also credited Sue Perkins for helping to “turn the tide” for young lesbian and bisexual women in the UK.

There she is, a completely open, gay woman hosting the biggest BBC show on television. Bake Off is huge. But it’s about middle class, middle England, Mary Berry and Victoria sponge cakes and there is Sue just embraced as part of all that and to any woman of my age who is gay it’s an extraordinarily wonderful thing.

I know Sue, I think she’s wonderful and, like Cara, I think she’s absolutely inspirational and just the very fact of them representing themselves not as clichés but as who they are is tremendous.”

However, she said that she is cautious of using her sexuality to further her career and criticised celebrities such as Miley Cyrus – who revealed she is pansexual earlier this year – for doing so.

I see people like Miley Cyrus doing the gay thing – and while that’s absolutely fine – it’s not such a realistic representation for most women. It’s a bit of a London bubble thing, a fashion thing. But we’re moving forward. For me life is good.

At work, my sexuality has never been an issue. That’s how it should be. I’m just very glad I can be exactly who I am.”