KitschMix’s Tom Sykes recently spoke to Cindy Edwards, Director and founder of L Fest. Read on for the lowdown on Britain’s coolest lesbian festival and what their new event in Spain is all about.

TS: L Fest has been going strong for three years now. What’s the philosophy behind it?

CE: It’s a festival that offers a safe and fun environment where lesbians can bring their families and just hang out. We try and pack as much into the weekend as possible and aim what we do at a broad spectrum of ages and interests. We have outdoor music stages – one for acoustic music – and an arts stage. There’s cabaret, a comedy stage, a cinema, fun sports and a wide array of workshops too. We have an attitude of ‘if it’s not been done before, let’s try it!’

TS: What is it about L Fest’s facilities and atmosphere that makes it so lesbian-friendly? Are there things that L Fest does that perhaps other festivals don’t do?

CE: I don’t know whether we do things that other festivals don’t. The amount of girls who come to the event tells us that we’re doing a good job. Every festival – whatever it is – has a target audience, whether this is based on the genre of music or a particular location. Our target audience is obviously lesbian but we are not exclusive about it. Anyone else who wants to come along and support what we’re doing is absolutely welcome. We’re very very open and, for example, we have boys on our festival crew.

It’s just nice that an L Fest crowd is 99% women there and everyone can feel free and united in a relaxed environment. There’s never going to be a problem with homophobia or prejudice and you can just be who you are for the weekend. Some people arrive on their own or they come in from rural areas where the gay community isn’t very big or visible. For them, it’s a hugely important experience to come to L Fest and make new gay friends and share their experiences. It’s not just a festival, it’s so much more than that now. It has become a community both offline and online, because we have a big presence on Facebook and so on.

TS: This year you will be doing an event in Spain as well as one in Uttoxeter in England. Why’s that?

CE: My background is in selling Spanish property so I know the country really well. It’s something I’d been talking about for a long time and then we came across the ideal venue, with a Ibiza Cafe Del Mar type theme. It’s a wonderful beach club that holds 300 people, so it’s a little different to L Fest in England. We’ve got fantastic DJs playing there from the UK, Spain, Czech Republic, Austria, Germany and all over Europe.

TS: How did you first come up with the idea for L Fest?

CE: Back in 2011 I was running an event called Stanstock 7’s which is a female football event and we had 400 women involved with that. I noticed that a lot of lesbians were turning up and playing football and people loving it so much. I thought there must be other girls out there who may not like football but would love to go to an event that had the same sort of atmosphere as Stanstock 7’s

We planned the first L Fest to be a small affair with a beer garden, a stage and multi sports, but it started getting bigger than that even before the first event took place. In the development stages I met some people from Springout, (a lesbian arts company) that brought in the arts aspect of L Fest and helped set up our cinema. We hadn’t even thought of that stuff for the first L Fest, but it was all part of it by the time it happened.

The line-up keeps growing and growing, year in year, out because I try to say yes to as many things as possible.

TS: What kinds of cabaret performers do you have at this year’s L Fest?

CE: This year the cabaret is over two nights because it went so well last year. It’s a whole mixture of different things. On the Friday night there’ll be music, poetry and comedy. On Saturday night we have a theatrical production called Mis Les, which is a lesbian adaptation of Les Miserables. It’s very very good!

TS: Forgive me if this is an awkward question to answer but if you could recommend just one act or attraction at this year’s L Fest what would it be?

CE: I can’t answer that, as there are far too many! We’ve got approximately 25 music acts, about 20 authors and poets and 10 films showing at the cinema. We also have about 25 workshops. There’s so much to see that I could never single out just one act.

TS: Kitschmix.com is running a competition for our readers and tickets to both the British and the Spanish festivals are up for grabs. Is there anything you’d like to say to our readers to encourage them to enter the competition?

CE: Lots of our fans are very proud that they’ve been to all of our events in the UK, but this year is our first event out in Spain, so it’s a great opportunity for your readers to be involved in something new and really special. 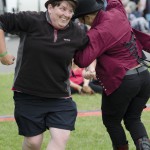 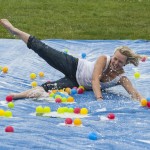 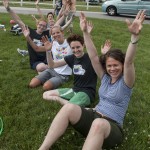 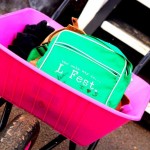 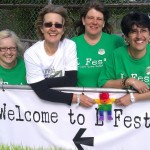 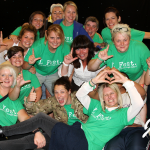 For more details on L Fest

PrevPrevious‘Can butches even get pregnant?’ A.K. Summers Answers That
NextGolden Age | The Greatness of Greta GarboNext