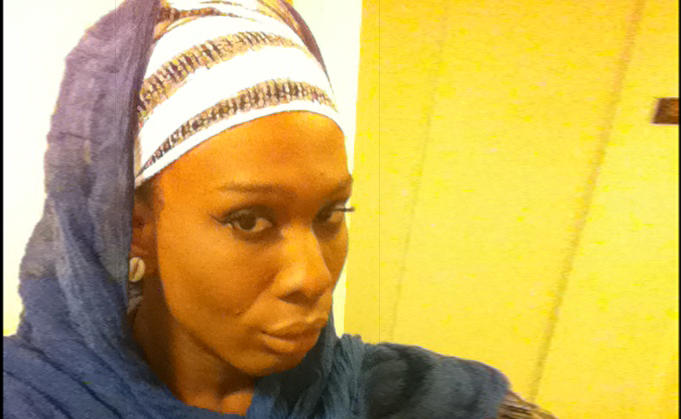 As we read about yet another young Black transwoman being killed in the united states, Lady Dane Figueroa Edidi decided to respond and posted the following powerful and heartfelt article in queerofgender.com, asking the Black community – Does My Black Trans Life Matter?

It is with great sorrow that I write to you. Sorrow for my fallen brethren who you too now hold as martyrs in our war against the system of oppression called racism; sorrow for those unnamed cis sisters who never seem blessed enough to warrant your mobilized outrage over their murders; and sorrow for my trans sisters who never seem to warrant even a mention in some of your hashtag tweets.

For the past two weeks as we, the black community, have come together to march in outrage, riot in pain and protest in clarity, one trans woman for each week has been murdered. Killed with barely a mention and mourned only by their families and we sisters of the trans community. I have watched as we have come to our black community time and time again asking for justice for our sisters. I have been there as we have gnashed our teeth and pulled at our hair wondering why we don’t seem to warrant our black leaders standing in solidarity with us and proclaiming “There is a war on trans women of color’s lives”. We have been stunned as some demand we march and mobilize and stand in solidarity with the black movement while the black movement, telling us to “wait our turn”, continues to ignore our existence.

I get it: slavery has done a number on us. We have internalized the fear of extinction for our black men and so whenever one falls, we honor their godhood as if they were our only means of salvation. I know our collective trauma calls us to regard black manhood like a sacred jewel needing to be protected at all cost and fought for without cease. I see how countless black women train their daughters to worship their husbands and brothers without question while demanding they work, even if it meant their deaths, to feed and clothe said men. I have seen countless queens who bow to kings even when they were unworthy of such devotion and I have watched the coping mechanisms of slavery now become the broken chords leading us into fractions of self-hatred, following leaders whose thirst for money and fame causes them to lead us back into chains.

But I say the system wants us all dead; and the solution in beating the system does not lie in the silent compliance of my sisters and I within the movements that mainstream activist cyphers demand I should be a part of. No. Defeating the system lies in our continued fight for justice for all, which includes tearing down these white-washed walls of erasure. Many of these movements call for the solidarity of all black lives, while those within the movement ignore and sometimes promote the extinction of a part of said population: trans women.

I understand that my letter to some may seem as bringing separation when we need solidarity. But I say we cannot have solidarity unless all the pieces of the puzzle are honored equally. I get it: when the colonists came with their white baby jesus, whips, chains and brutality, they enslaved our ancestors, telling them if they forsake us then they will be one step closer to freedom. Some believed to survive they must throw trans-identified folks into the pit of erasure. I know that trans-attracted men are hated for loving us and thus they equip that hatred like a sword and attempt, like the historical white man, to extinguish the heart by extinguishing us. But know this: my understanding is not compliance, and my understanding is not a pass, and my understanding is not going to stop me from having, as my Sister Goddess Lourdes Ashley Hunter says, a Courageous Conversation.

Trans women are not killed by trans women, we are killed by cisgender men. Often cisgender black men. Is this why our black community is so afraid of having this conversation? Trans folk are the greatest embodied form of revolution against colonization. Our very existence spits in the face of all that colonization wishes our black community to hold true: is this why our black community is so afraid to have these conversations? Is it that the poison of colonization has seeped so deeply into the  veins of  the black movement that it is easier to ignore black trans folk and use them as place holders then to honor our existence? We must begin to honor not just our fallen  cis brothers but our fallen trans siblings and cis sisters. We must fight against the notion that we black women must ignore our brutalizers, although many of us are forced to co-exist with them. We demand our black men cultivate spaces that truly honor The Goddess that is black woman, not simply seeing her divinity as a lesser expression of his own and respect the spaces we have created whether they be our bodies, minds, souls or homes. We must face the hyper-masculinity that so many of our black men were forced to adopt and so many of us were forced to mistake as unapologetic expressions of manhood. It is time to look at our brothers and fathers and say solidarity is not a male privilege, but a form of action we should all be honored to receive.

So I leave you with this: It is not enough to weep, wail, protest, riot for and honor the lives of our black men; your women are here, we have bled, we have been beaten, we have been abused and we have been forgotten. Your trans sisters are here and it is not enough to keep us in the closet of your desires and in the misplaced notions of your pleasure. We too deserve love, honor, and remembrance and not just on TDOR. Stop killing us whether it is by erasure, allowance of violence against us,or actually tying the lynching noose around our necks and hanging us. Our spirits require outrage, mobilized movements and black support; for we are all black and if you say black lives matter and it doesn’t include us, then you too are simply doing the slave master’s work.

You can read more at queerofgender.com