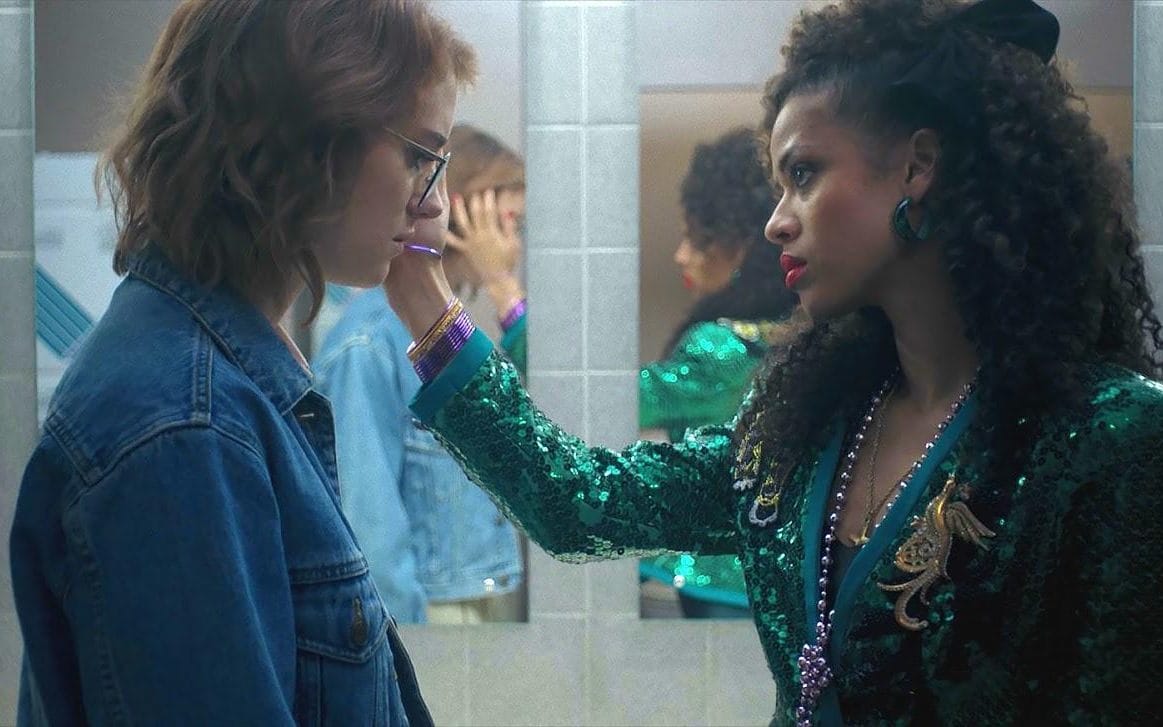 The winning episode, San Junipero, was a stark departure from the show’s usual blend of sci-fi and horror.

Starring Mackenzie Davis and Gugu Mbatha-Raw, the episode was hailed as a classic immediately for the way that it combines Black Mirror’s trademark futuristic vision with a beautifully told love story.

It tells the love story of two women Kelly and Yorkie (Mbatha and Davis), whose realities are not quite what they seem, but whose love is very real.

San Junipero was a story about love – and love will defeat hatred, love will win,”

Though Brooker originally conceived the story with a heterosexual couple, he thought twice about his own assumptions and decided to make his lovers women.

I think it gives it an extra resonance, because they couldn’t have legally got married in [the real] 1987, so we’re gifting them that in this world, in this story of second chances. That adds a whole extra subtext about reliving your life and exploring things you didn’t have a chance to do.”

It’s about human beings and love and souls. And it’s not about [sexuality] being a problem. That wasn’t the focus of the story and I think that’s actually really refreshing.”

The upbeat tone also moves the show away from the “dead lesbians” TV trope, where a disproportionate number of lesbian characters are killed off tragically onscreen.

Brooker conceived the happy ending partially to subvert that trope – though technically both characters do die to achieve their idyll.