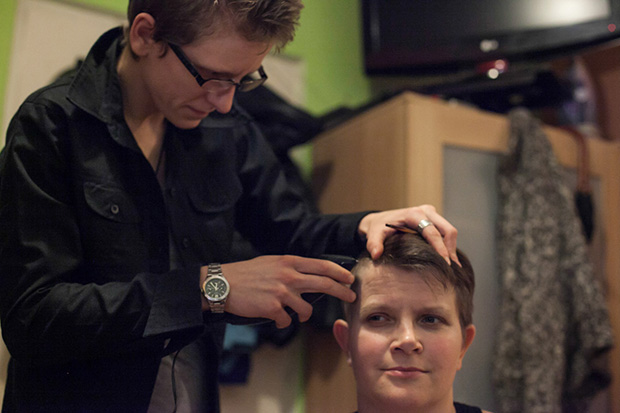 If you read a few headlines about recent activity in Poland and it’s easy to get a grasp on what the country’s ‘intolerant’ culture looks like. In September, Amnesty International’s expert on discrimination in Europe and Central Asia, Marco Perolini said that “Poland has a two-tiered legal system that protects some minority groups but leaves others to fend for themselves” and that if you are a gay person who has been attacked, the police won’t treat it as a hate crime.

Poland doesn’t have same-sex marriage either (with 68% of the population against it) and even civil unions are a contentious issue with the Sejm (the lower house of Polish parliament) having refused to debate the issue twice in the last 12 months. Poland’s Prime Minister Ewa Kopacz has stated that civil partnerships are simply a problem for the next parliament to deal with.

So with all of this sitting uncomfortably on the mind of Poland’s same-sex couples, what is it actually like for them to live in the country? A new photography story called Between the Block (by photographer Anna Liminowicz) aims to answer, as it follows the life of Honorata and Agnieszka, a same-sex couple who live in Poland with their two children (from previous relationships), Antek and Natalia.

The photos follow a look at the couple’s home life, how they all interact as a family and it even includes some shots of the couple at work too.

When Liminowicz first met the family, Agnieszka, Honorata, Natalia and Honorata’s brother Michal were living in a 19-square metre apartment in Gdansk and though it sounds awfully cramped, the photographer notes that they always seemed to be laughing or smiling and they were always willing to help out a friend or loved one if they needed it.

Eventually, Agnieszka and Honorata both get promoted as managers at the supermarket that they both work at and so they move out to a three-bedroom apartment in Kalisz. Here, Antek joins them; previously he son stayed with his grandparents as Agnieszka’s parents weren’t too happy about her sexuality, despite how close-knit the family is. (And while Agnieszka’s parents seem to be ok with Antek’s current living situation, it’s worth noting that neither of them were willing to comment on the story when the images were featured in a Polish newspaper).

As for what the couple hopes that they’ll accomplish by being part of Between the Blocks, they hope to show ‘the joy that their relationship brings to the family’, according to Feature Shoot.

More than that though, Honorata and Agnieszka desire acceptance and tolerance, says the publication, as with Antek’s father often being hassled by his friends to keep Antek away from his mother and her partner and with the aforementioned tolerance difficulties in the country, Poland still has a long way to go until they are treated equally. 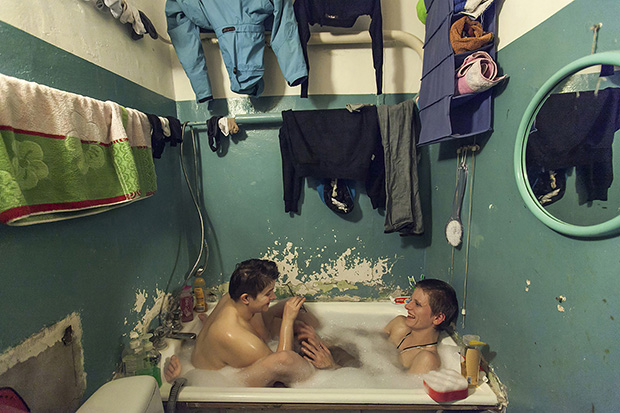 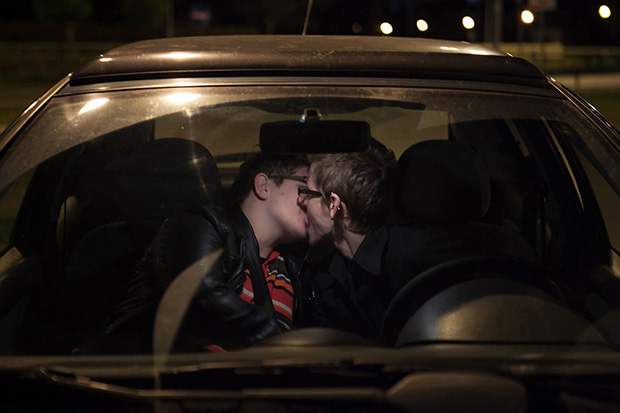 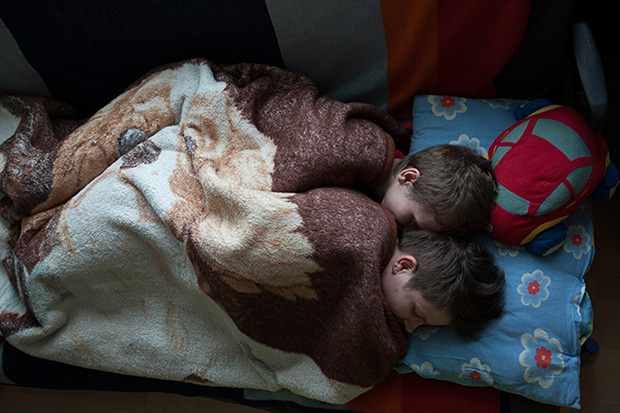 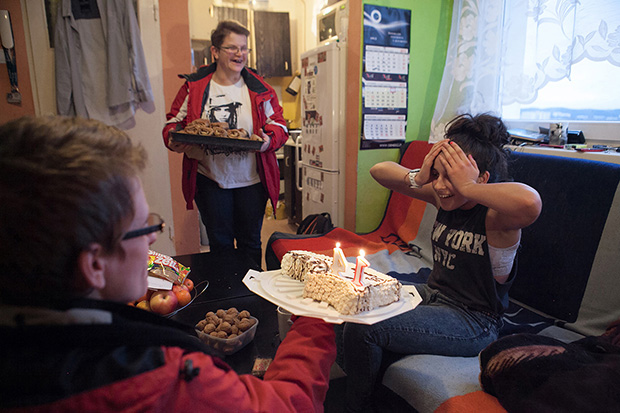 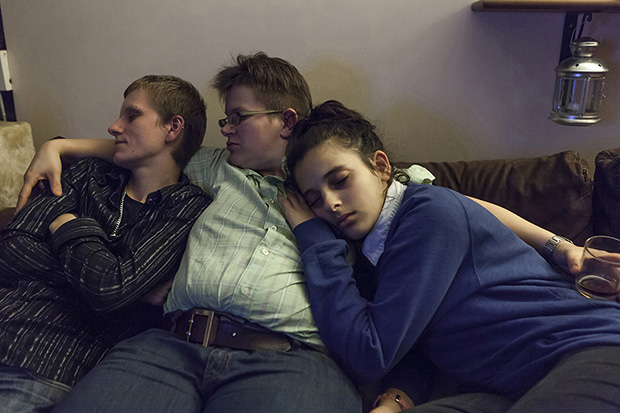 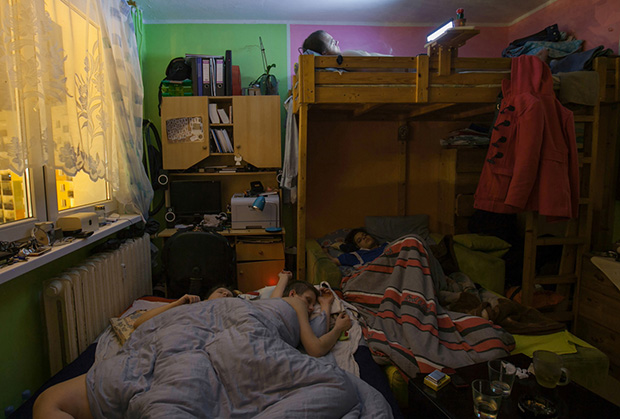 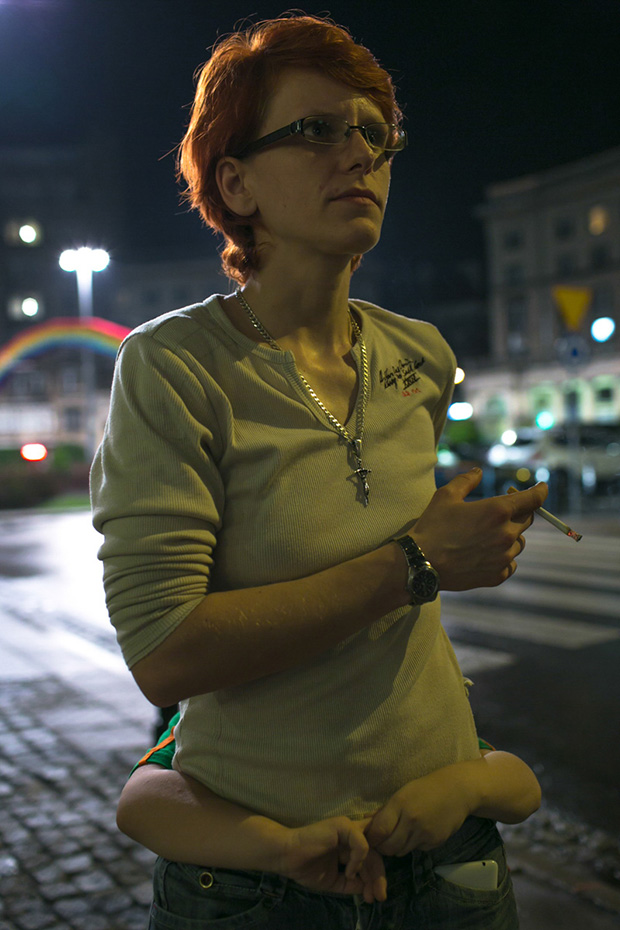 PrevPreviousWe’ve All Heard Of The Gender Pay Gap, But Should We Be More Concerned By The ‘Gay Pay Gap’ Instead?
NextWe Are Three Times More Likely To Experience A Mental Health Issues, Than Straight PeopleNext