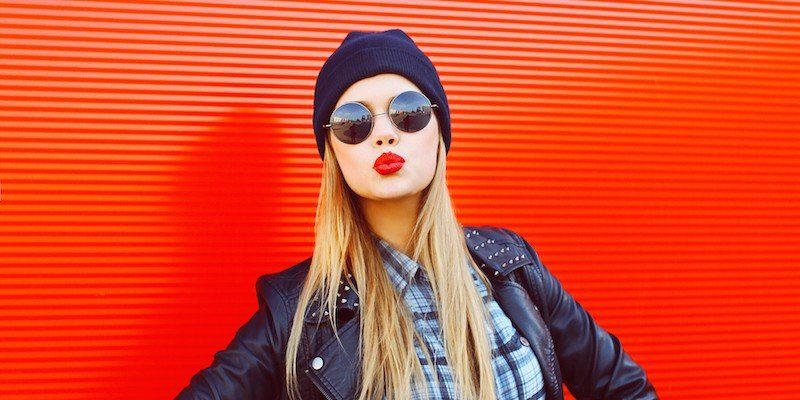 Hi, my name is Barbara, and I am a very bossy woman. It’s taken me a long time to come to terms with that, but it’s time I got it off my chest. I’m bossy, and that’s not always a bad thing. I’m sure there are some people in my life who would disagree, but then I’d just tell them to stop disagreeing with me.

(Hopefully it’s obvious that was a joke.)

The truth is, bossy girls get a bad reputation. We’re labeled as control freaks, or mean, when really – we just know what we want, and we make it happen. Don’t believe me? Let me outline a few of the reasons bossy girls are really the best.

Bossy women know what they want, and they do whatever it takes to make it happen. In the bedroom, that means that if she wants you to go down on her, she’s going to tell you to go down on her – and that can be really sexy. If she wants to give you some, she’s likely to toss you on the bed and have her way with you. (And that’s pretty sexy, too.)

Some people might think that you can’t have good sex when both women are dominant, but in most cases, that’s not true. As long as the two of you are willing to compromise over “who’s in charge” (or you agree on the things you want), there’s nothing wrong with both of you being assertive.

Bossy women take the time to periodically arrange their lives and make sure that everything is going according to plan. If there’s a problem in their relationships, they notice it right away, because something just isn’t right. We can see these problems while they’re still small, and while it might seem like unnecessary nagging, we’re only doing it to prevent the problem from getting worse in the near future.

It might seem like dating a bossy woman would suck, but the truth is they can be quite refreshing. They don’t play games, and they don’t mind delegating when they can’t handle things on their own. She might try to fix all her problems herself, but bossy women are intelligent enough to know when they need help, and most of the time, they’ll admit it.

Bossy women have a plan – and they know what it takes to make that plan happen. We make sure that everything can coexist peacefully, and if it can’t, we’re good at making decisions that put the highest priorities… Well, higher. We know what’s important to us, and even though we might make assumptions about what’s important to our partner, too, we’re doing it with the best of intentions.

Having a plan is an essential part of being bossy – otherwise, you’re just opinionated. (The line of distinction is thin, but it is there.) Bossy women know their value, they know their worth, and they know how to get the job done the most efficient way. They don’t waste their time with things that don’t help further their goals, so they reach them much faster.

Have you ever noticed how the term “bossy” has the word “boss” in it? This is because being bossy didn’t start as a bad thing. It’s generally assumed that bossy men are just “assertive”, and they know how to handle things better – making them the perfect bosses. But women have the added benefit of knowing what it’s like to not have our opinions heard, so we’re more willing to listen to the opinions of those working underneath us.

This is one of the things that bothers me the most about the word “bossy”. Why is it considered such a bad thing – and why do you never hear of “bossy men”? While there’s a lot of debate about the inherent sexism about certain words, I’d rather change the association than change the word itself. After all, doesn’t “bossy” just mean “like a boss”?

If you have a tough choice to make and you can’t think of the best way to solve it, ask a bossy woman. She’s most likely already worked it out in her head, if you’ve vented about the problem to her, and she may have even offered a solution before you specifically asked her for help. Take advantage of this advice, because we know it’s the best option for you.

Even if we don’t already have a plan for your life, too, we’re pretty good at coming up with decisions quickly, when necessary. We are good at thinking through all of the circumstances of a given scenario, and anticipating the outcome of every opportunity. We might not get it right 100% of the time, but the odds are in our favor.

We’re better partners (in every sense of the word).

Bossy women know how to delegate, and they often take time to factor in the strengths and weaknesses of everyone involved in the decision-making process. In a relationship, that means she’s not going to ask you to do the dishes if you’re horrible at it, but if she’s too busy with work to get things done, she’d be happy to give you a to-do list of things that would help her out. Bossy women spell things out exactly how they mean them, because they want to make sure that the results are what they intended. There are no games to be played here.

Instead of wasting time playing games, bossy women would rather go over what needs to be done, and make it happen. We don’t like wasting time, and we don’t like it when other people waste our time. Sure, we might be a little impatient sometimes, but maybe the problem isn’t our impatience – maybe it’s your slow progress!

We’re just better. But we know we’re not really the best.

A bossy woman doesn’t act like she’s better than everyone else, because she knows she has room for improvement, too. Trust me when I say that we are way harder on ourselves than we are on you, and we are focused on making our lives the best they can be. Sometimes this means that we’ll try to help cultivate you, too, but really – we mean well.

Bossy girls aren’t always right, and they know that. If she asks something specific from you, this is actually a huge compliment – it means she thinks you’ll do it better than she could! Whether it’s just that she has too much on her plate or if she genuinely thinks you’re awesome, a bossy girl asking for a favor is like being temporarily put in charge of a small country. Sure, it’s not “your job” – but you’re the first person they turned to for help.

Readers, if you have a “bossy girl” in your life, please take the time to tell her how much you appreciate her – chances are, she’s not convinced. As confident as we may appear on the outside, many bossy women are wrought with self-confidence issues and overwhelming perfectionism. We all need a little love and understanding sometimes.