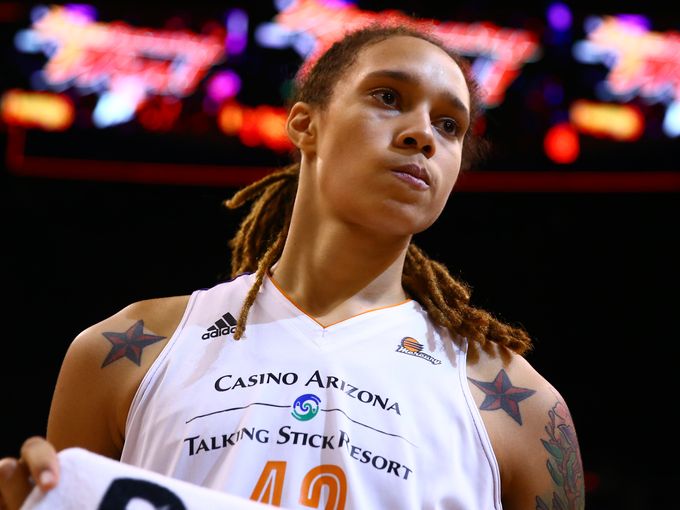 A statement was released from Griner on Friday

Last Wednesday, Glory and I agreed to either legally separate, get divorced, or annul our marriage. I can confirm that today I filed for an annulment. In the week prior to the wedding, I attempted to postpone the wedding several times until I completed counselling, but I still went through with it. I now realise that was a mistake.”

The news of Griner’s filing comes one day after Johnson announced on Instagram that she is pregnant.

One day until I’m reunited with my Wife @brittneygriner . . . This is about to be one CRAZY SUMMER!!! #TooExcited #NewLife #NewAdditionToTheFamily 😌

Johnson said in a statement provided by the team.

It has always been a dream of mine to start a family with someone I love. Being a professional athlete that plays year round, there is never a perfect time to get pregnant without putting my career on hold. The entire process, from learning our fertility options, to making sacrifices necessary nine months before the child is born, is merely preparing me to become a great wife and an even better mother.”

Despite Griner’s statement that the couple had discussed a divorce or annulment, Johnson’s agent, D.J. Fisher, said in a statement late Friday that she was unaware of the filing and was “extremely hurt and blindsided” by Griner’s actions.

She loves Brittney and made a huge sacrifice to carry a child, put her career on hold, invest in their relationship and their future.”

The two WNBA stars married May 8, just three weeks after both were arrested in Arizona on domestic violence charges.

Griner entered a diversion program, agreeing to plead guilty to disorderly conduct and attend 26 weeks of counselling. Once she had completed the program, the charges will be wiped from her record.

Johnson’s case was transferred to a jurisdiction without a diversion program, so her case is still pending. She must either fight the case in court or reach a plea agreement.

The WNBA investigated the altercation — listed by the police as “mutual combat” — and suspended both players seven games.