Butch Lesbian In Need Of Some Dating Advice? 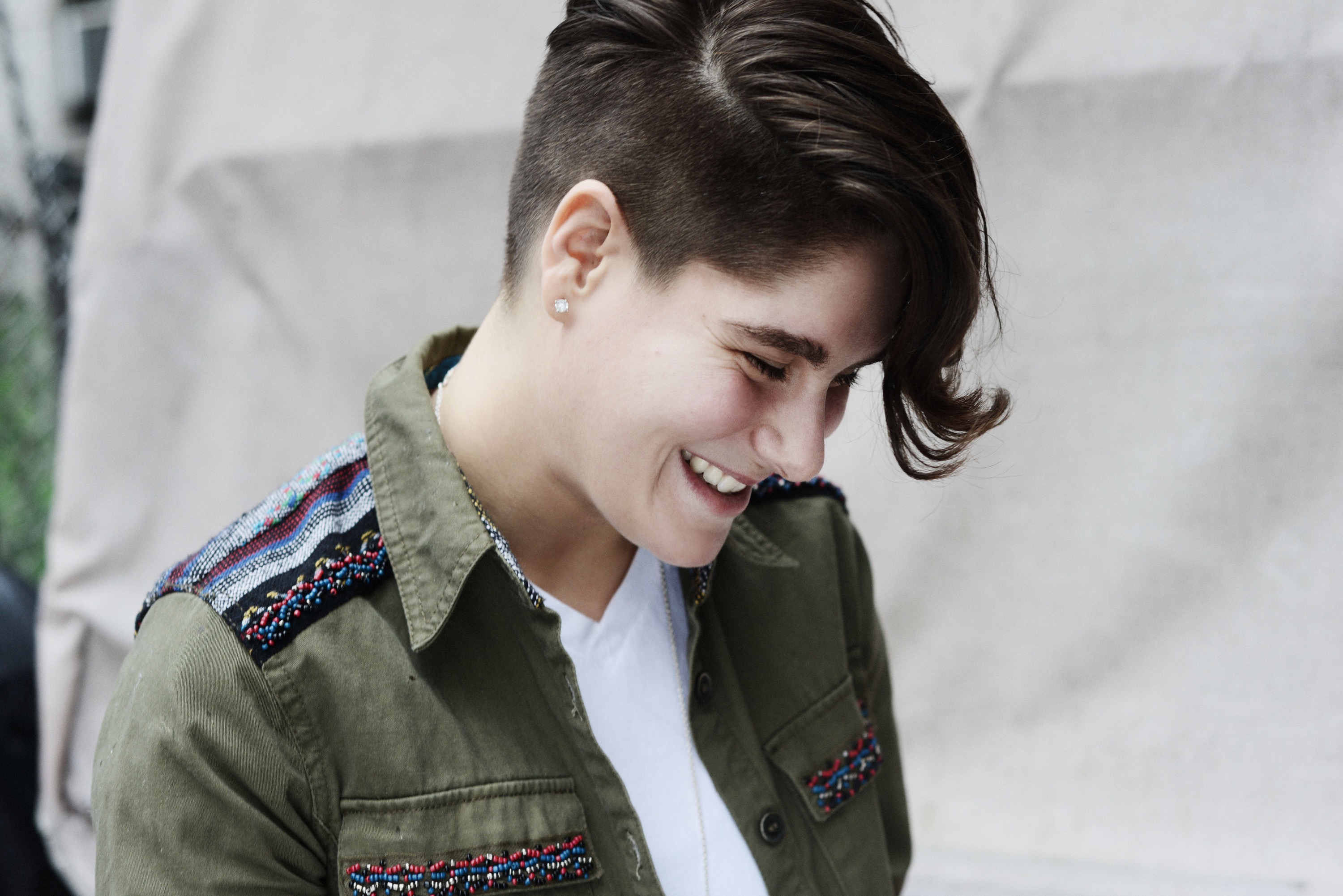 Q: Butch Lesbian in Need of Some Dating Advice?

I’m butch in appearance, and identify as gay, but I’ve never had a girlfriend or been intimate with a woman. Now I’ve met someone that I really like, but she is VERY experienced. She is also really hot, and I just don’t know how to approach her. I can tell she’s attracted to me. I’m her type. But my shyness and inexperience is letting me down. I get so nervous around her, and now I’m scared I’ll miss my opportunity – I’m not the only person interested in her. Help, I come across as confident stud, but deep down I’m not.

Well, reader, let me tell you first – it doesn’t matter how many people are interested in her. That’s just a figment of your imagination, your fear manifesting itself as competition. You shouldn’t care how many people want her – she wants you, right? That’s infinitely more important than her perceived “demand”. If she wants to be with you, she doesn’t care how many other people want her. And if she’s going to move onto the next person just because you’re not 100% sure of things, then pursuing her would be a waste of time anyway.

OK, now that we’ve got that out of the way, let’s continue to the actual advice here.

First and foremost, I urge you to be honest with her about your experience level. There’s never a good reason to lie about it, but for some reason people are tempted to do just this. Don’t! It’s not going to help anything and the first time you get her into bed she’ll know the difference and probably be hurt if you lied.

I’m not trying to assume that you have been dishonest – but your confident mask might not be the best approach here. There’s an important distinction between “confidence” and “experience”. Usually the two go hand-in-hand, but I am super experienced and not very confident – just like there are many who are super confident and not very experienced.

Here’s the thing, though. I’m super shy too. Like sit at the back of the bar and blush when someone cute makes eye contact kind of shy. You know what that’s taught me? Some girls like shy girls.

Think about it this way. Someone has this tough wall, and they present themselves as being this badass (which I totally try to do, not that it works). They become attracted to someone, but they can’t communicate their feelings, no matter how hard they try. (You definitely do have to try, though.) The crush of this person sees that they make them flustered, which is a huge ego boost for someone who isn’t normally the pursuer. If the attraction is mutual, they feel more at ease because they have the confidence that this person isn’t just trying to play games with them. If she is actually as confident as you appear, and she sees that she gives you butterflies and all that nonsense – she might pursue you.

You see what I’m saying?

Of course, it’s not a perfect science, and like I said, you’ll still have to try to get her attention. In my experience, writing a note can be an easy way to do this. You’ve got unlimited time to get the words out “just right” (even though you’ll probably change them twenty times), you don’t have to trip over your tongue when you’re trying to get your point across, and she gets to see you blush when she reads it (if you’re a blusher – I am totally a blusher, and apparently it’s part of my charm).

There’s just something undeniably adorable about seeing someone blush when they tell you their feelings. I think it’s just because you can’t fake it – it’s a facial expression that you literally can’t control. Other non-verbal communication can be faked and that makes them lose some of their meaning.

You blush when you’re shy, or when you’re embarrassed, or sometimes even when you’re aroused. For the most part, all three of these things are tell-tale signs that you’re into someone.

But I hate being a blusher, so I completely understand if you don’t want to put yourself in a position to blush in front of this girl. That’s going to make the pursuit a little more difficult, but as long as you’re honest and what you say comes from the heart – it shouldn’t stand in your way.

If you’re not a blusher, it actually makes it easier on you, in a way. Sure, you won’t have the rosy-cheeked charm, but you can keep your cool, confident mask on and just pretend you’ve got it under control. You can force yourself to take that step anyway, having the “safety net” of knowing that she won’t know your heart is racing and your palms are sweaty. You never know – it could work out wonderfully!

Thank you for writing in, and I look forward to hearing how it goes!