Butch vs. Femme: The Ultimate Misconceptions 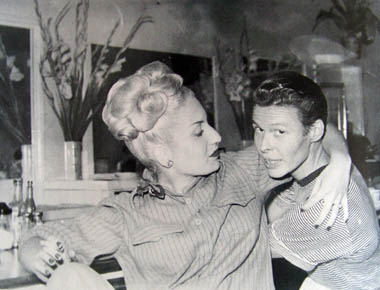 For the entirety of my life, I have been caught somewhere between a girly-girl and a tomboy. I love the idea of getting dressed up in makeup and high heels, but I’m more likely to throw on a tank top and a pair of sweats. In fact, until recently, I joked that I didn’t know how to be a girl – wearing makeup made me feel like a drag queen, despite having no inkling of a desire to transition.

That being said, the labels of “femmes” and “studs” themselves can carry a bit of a stereotype around them. Just as with all stereotypes out there, just because it’s “sometimes true” doesn’t make it the rule. I’ve had the chance to be with both studs and femmes, as well as the chance to be both labels – and I have determined that the most common myths are as follows:

Sure, some studs may bottle up their emotions because they have a tough outer image they feel the need to portray. That doesn’t mean that they don’t have any emotions. It just means that they think their image requires them to hide them. If you’re dating a stud, it’s important that you let her know that you care about how she thinks and feels – she doesn’t have to be “the man” all the time.

Which brings us to:

The topic of transition comes up a lot these days, because it’s getting a lot of media attention. However, not every stud wants to transition into a man. Those who do will usually be in a state of pre-transition already, and probably won’t be seeking out someone who identifies them as a woman.

It’s not about how you appear, it’s about how you identify – which is exactly the same reason a “trans woman” is not the same thing as a “drag queen”.

This is a tough one, because both feminine lesbians and bisexual women are considered invisible by both the common media and the lesbian community. We perpetuate this idea that if a woman looks or seems straight, she must be. It’s 2015 – there is a difference!

Honestly, I was with a stud for a while who prided herself on being “the gayest of the gay”. However, she wasn’t really; once we were together, she confessed a strong desire to have sex with men.

There’s nothing wrong with that, really (except that she did it while we were in a relationship), but because of the way she presented herself, she thought she wouldn’t be taken seriously if she was honest about her desires.

When a woman is keen to take advantage of the gender roles prescribed to her by society, we are inclined to think that she fits into a predetermined box. That’s usually not the case. I know very few women who are actually helpless, and one thing I’ve learned is that the way they dress is no indicator of what they’re capable of.

Myth #6: Studs can only date femmes, or vice versa.

This is another symptom of (outdated) gender roles. When we apply restrictions to who we can date simply based on what we look like, we are limiting ourselves the possibility of finding true love.

That’s not to say that you can’t prefer someone with a different label than yourself – but you are in no way forced to go with what society expects from you.

In my case, I prefer women who fall in between categorizations – but my current relationship is with a stud. Do we get funny looks when we’re both dressed in more masculine clothing? Perhaps, but that doesn’t matter. Your relationship shouldn’t be about making other people happy – it’s about making yourself happy.

Myth #7: You can’t change your label once you’ve decided on one.

This is complete rubbish. I know plenty of women who have changed labels at some point in their life. It’s not unheard of, or even uncommon – but we get this idea in our head that we’re “stuck” with whatever we’ve decided.

Do you still wear the same clothes you did when you were a teenager? Probably not.

Sometimes your style changes as you age. Your choice in the kind of clothes you wear says very little about your actual personality. But if your personality changes, you can always change your wardrobe to reflect that.

Someone’s choice of apparel has very little (if anything) to do with who and how they are outside of their clothes. We definitely hear of more femmes who are “pillow princesses”, and more studs who are “stone butches”, but that’s not a concrete fact – it’s just what gets represented. Surely, most women prefer to both give and receive – although not necessarily in equal amounts.

The same can be true for straight women and bisexuals; it has nothing to do with your orientation, or your style, or anything other than your desires.

Myth #9: Studs are abusive toward their partners.

A few years ago, I actually heard this from a friend. She asked me, “Why do I always hear about some femme letting their stud beat on them?” and I was completely taken aback.

I had simply been sharing with her about my previous experience with an abusive ex – but I never mentioned that the ex was a stud. Why do we tend to jump to the idea that only studs can be abusive?

I think this goes hand-in-hand with the myth that femmes are helpless. It’s not really a fair assumption, when you think about it. The truth is, anyone has the capability to be abusive. It’s not about your style, or your mannerisms, or your orientation.

It deals with mental health issues that may be undiagnosed, or in some cases it’s a temper problem. Simply wearing basketball shorts and sports bras doesn’t make you want to hit your girlfriend.

Myth #10: Studs can only be friends with other studs (and femmes with femmes).

This is ridiculous. If that were really the case, who could us label-free lesbians be friends with? I have friends who fall on both sides of the spectrum, and a fair amount of friends who straddle the line right there with me.

There’s no rule anywhere that says that your label defines who you can be friends with.

I think this one goes along with the idea of who studs and femmes are “allowed” to date, and it’s equally ridiculous.

If you limit yourself on who you can be friends with, you may be missing out on a wonderful opportunity – shouldn’t you base it on something more important than the clothes you decide to wear?

My girlfriend, the biggest stud I know, loves The Notebook and is afraid of spiders. Need I say more?

The idea that you have to fit completely within a label has never made any sense to me. After all, we define our own labels – what right does someone else have to say that you’re not “you” enough for them?

Your relationship should be a partnership. Just because your girlfriend “looks” like a wifey, doesn’t mean that she has to be solely responsible for maintaining the house and taking care of your kids (even if they’re only fur-babies). By the same token, this means that the “hubby” in the relationship doesn’t have to be the one who makes all the money.

If the traditional gender roles are what work in your relationship, great! But most of the time, the balance is shifted a bit, so that the partners will share equally the responsibilities of the household.

For example, I’d much rather spend all my time working than spend any real length of time cleaning. Does that mean that I “should be a stud” instead?

No, because I’m comfortable with who I am, and the balance of responsibility works for me and my girlfriend.

Your mileage may vary, but it’s really up to what you agree on.

Do you think there’s something I’ve missed? What myths and misconceptions have you heard pertaining to the different labels? Do you think I’m wrong about something? I’d love the chance to speak to you in the comments section about it. After all, this community represents all of us.

3 thoughts on “Butch vs. Femme: The Ultimate Misconceptions”

PrevPreviousMy Best Friend Uses Hook-Up Apps To Find Sex | We Answer Your Questions
NextLove At Second Sight: Why Second Dates Should Be Classed As The ‘Real’ First DatesNext