Butch vs. Stud vs. Tomboy: Putting Things into Perspective 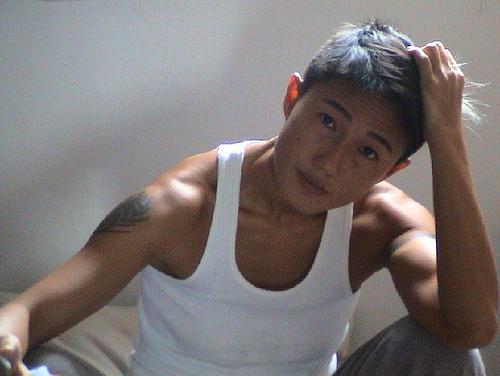 What’s the difference between the “masculine” labels, anyway? Aren’t a butch and a stud the same thing?

Lesbian labels span a wide spectrum. At the far-masculine end, we have the butch lesbians: The ones who look and act like men. At the far-feminine end, we have the lipstick lesbians: The ones who are often misappropriated as straight women. In a community that’s so solidly dependent on inclusion, it’s important to understand that each of these labels means something different to everyone – but generally they fall under certain criteria.

Today, we’ll be addressing the labels that fall on the more masculine side: Butch, stud, and tomboy. After a bit of examination, we should be able to determine the primary differences and start addressing our partners by the appropriate terms (as long as the term is one they agree with; remember, labels are a very personal thing, and no one can assign a label to someone else).

Butch lesbians are those who have helped shape the stereotypes involving who “looks” gay. Generally, when we think of “butch women”, we think of short hair, flannel, and denim. Of course, a woman’s individual style still plays a heavy part into this, but the short definition of a butch woman is “a woman who presents herself to look like a man, but doesn’t identify as a man”. This is a different category than trans men, as we have addressed in a previous article, but society may tend to lump the two together.

If your partner identifies as a butch woman, she will likely choose to identify with “masculine” characteristics. Many times, for example, a butch woman would prefer to be called “handsome” rather than “beautiful”. (Shortly after coming out, I made the mistake of telling a stone-butch that she was pretty – and she was rather offended!)

Butch women are also likely to have more masculine interests as well. I have the urge to jump to the “lumberjack” stereotype, but this is purely a point of reference. Truly, butch women may be into cars, or sports, or even construction trades.

There is a stereotype that butch lesbians tend to be misogynists – but generally this isn’t true. In reality, they are the epitome of feminism – proving that you don’t have to look, think, or act “like a woman” to be a woman.

Studs are slightly different from butch women, although they may share many of the same traits. A stud will typically dress masculine as well, but probably less “baggy” and more stylish than butch women. (This isn’t to say that butch women can’t look good – just that “style” isn’t as high on their priorities.) A stud may have long or short hair, but she will typically keep it held back if it’s longer. My girlfriend, for example, identifies as a stud, and she wears her very-long hair in braids. Occasionally I’m able to convince her to leave it free, but only if I offer to brush it out for her at the end of the day.

Studs tend to invest a lot of thought into their fashion choices, and they will want to look good for their partners, as well as the other people they encounter during their day. She’ll probably have more shoes than a butch woman (who really only needs a pair of boots and a pair of sneakers), and her clothes may take up more of the closet than a more feminine woman’s clothing. That’s not a bad thing! In fact, it’s nice to have a partner that cares about their appearance – as long as it’s not the most important aspect of their personality.

Studs typically regard themselves as “players” in some aspect of the definition. Some may have a hard time with faithfulness, although the label doesn’t guarantee it. Some may play team sports as they have a competitive nature. Either way, they are typically drawn by a need to be the best – the best looking, the best lover, the best basketball player, the best at whatever they attempt.

Tomboys are a different category altogether. They don’t necessarily identify themselves as masculine, although their clothing is usually on the more masculine side of the scale. They aren’t likely to be offended by your use of the word “beautiful” – or handsome, or gorgeous, or really any positive attributes. They’re happy that you find them attractive, and they are happy that you felt the need to tell them.

Typically, tomboys don’t care too much about how they look – so you will be pleasantly surprised when they make an effort to look extra good for you. Maybe their hair is normally in a basic ponytail or covered by a cap, and then one day they’ll leave it down. They may even dress feminine from time to time – although they’re likely to feel out of place if they try to force it.

The nature of a tomboy starts young for many women. They may have had more fun playing in the dirt than playing inside with their dolls, and they may have felt more comfortable playing baseball than learning ballet. However, they are likely to have a background that combines what society would expect from a lady (such as playing with dolls and dancing ballet) with what they would rather do instead (such as playing baseball and getting muddy).

It’s also important to note that “tomboy” is not considered a specifically lesbian label. Yes, there are straight tomboys, too! However, there is a stereotype in the heterosexual community that “tomboys” are always lesbians that just haven’t come out yet. This falls into the category of not assigning labels to others – and someone’s sexuality is an extra personal label indeed.

Within the lesbian community, a tomboy may also be referred to as a “soft stud”. Sure, she usually presents herself in a more masculine manner, but occasionally she’ll switch things up and veer more towards the feminine, or more towards the stud (remember, a studly appearance implies a greater fashion sense). Her long hair and feminine body type will remind you that she is definitely a woman and definitely identifies as such, but her clothing choices could go either way.

Of course, this list in no way represents every lesbian out there – and not even every masculine lesbian. Someone’s label is a personal decision that deals with how they see themselves and how they want others to perceive them. Check back in as we detail some of the other common lesbian labels.

16 thoughts on “Butch vs. Stud vs. Tomboy: Putting Things into Perspective”