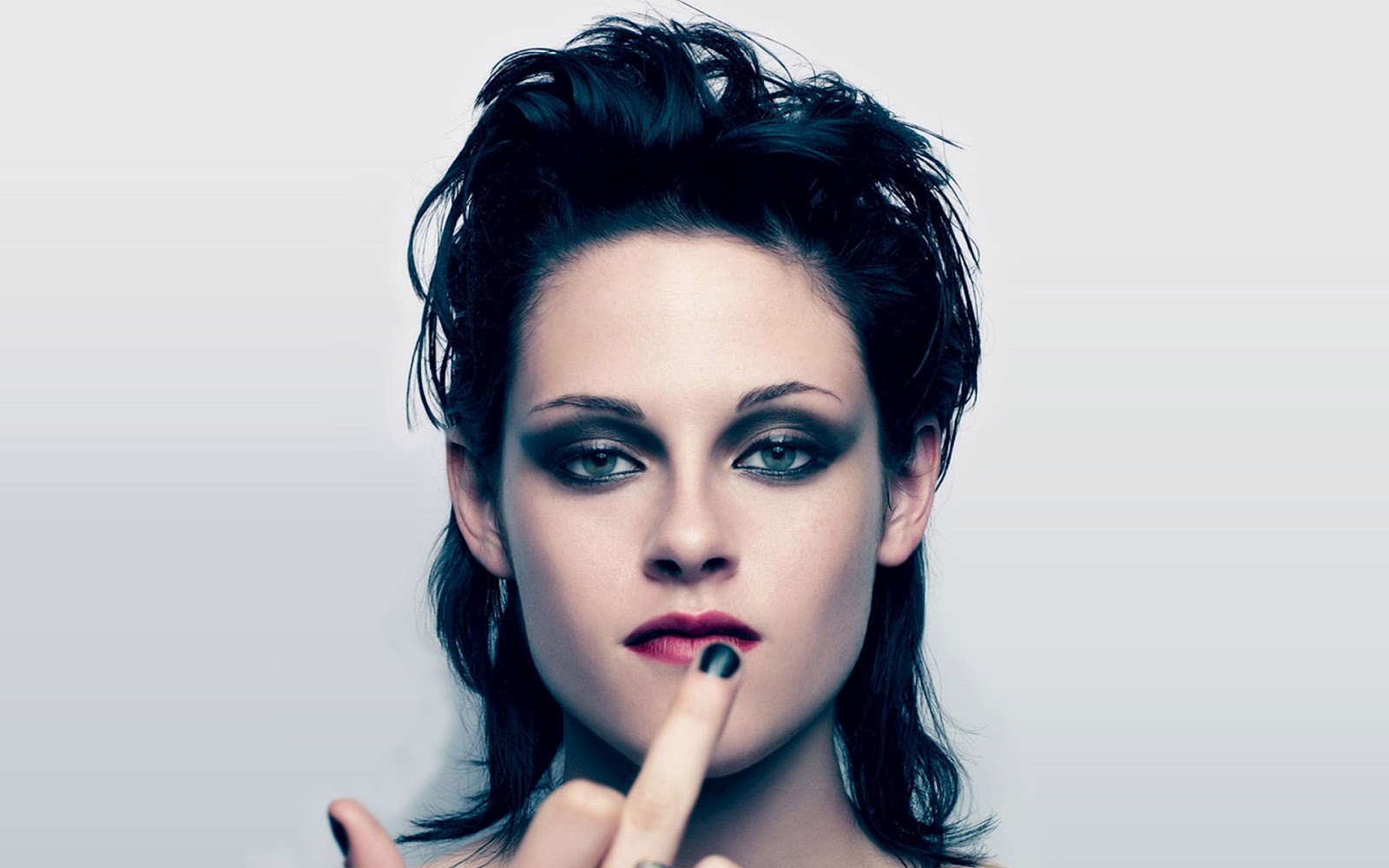 Paving her own path in her Converse sneakers and tight jeans, Kristen Stewart has established herself a mighty role model for young women.

She doesn’t shy away when it comes to standing her own ground, despite all the glitz, glamour, and general shallowness of the movie business. She never pretends to be something she is not.

As we all know, at a young age she was thrust into the world of the ultra famous when she was cast as Bella in the Twilight Saga.

To most in the media, her indifference and distaste for fame labelled her the moody actress. However post-Twilight, Stewart is starting to break free from this reputation. She is now the A-lister and feminist spokesperson, and it is great to see a young woman in a high-profile position speak loudly about these facts and unveil the truth of what feminism should mean.

1. Why She Hates Being Told To Smile

“I have been criticized a lot for not looking perfect in every photograph… I’m not embarrassed about it. I’m proud of it. If I took perfect pictures all the time, the people standing in the room with me, or on the carpet, would think, What an actress! What a faker! What matters to me is that the people in the room leave and say, “She was cool. She had a good time. She was honest.”

2. Women Having To Be Cute All The Time – Not

“Being a public figure, I’m supposed to present myself in a certain way, but it’s hard and you’re never going to be able to tell people who you are through the media. It’s much easier for a guy to say what he wants and not to be cute and funny all the time, but, if you’re a strong sort of woman, you’re just, for lack of a better word, a bitch.”

“It’s silly to play the devil’s advocate when having a conversation about female roles in Hollywood, because then you’re doing this “reverse feminism” thing that has become weirdly trendy recently. I feel like some girls around my age are less inclined to say, “Of course I’m a feminist, and of course I believe in equal rights for men and women,” because there are implications that go along with the word feminist that they feel are too in-your-face or aggressive…

A lot of girls nowadays are like, “Eww, I’m not like that.” They don’t get that there’s no one particular way you have to be in order to stand for all of the things feminism stands for.”

4. It’s Ridiculous To Not Be A Feminist

“[Saying you’re not feminist is] such a strange thing to say, isn’t it? Like, what do you mean? Do you not believe in equality for men and women? I think it’s a response to overly-aggressive types. There are a lot of women who feel persecuted and go on about it, and I sometimes am like, “Honestly, just relax, because now you’re going in the other direction.”

Sometimes, the loudest voice in the room isn’t necessarily the one you should listen to. By our nature alone, think about what you’re saying and say it—but don’t scream in people’s faces, because then you’re discrediting us.”

“The whole girl power thing is such a big deal now. There’s, like, an enormous void thathas clearly been proven — that there’s a desire to fill that … If you just change your character name from Bobby to Sue — anything where, like, a girl is punching another person in the face or being really assertive, suddenly they’re like, we’ll definitely look at Kristen Stewart to do this one. Faux girl power is really revolting.

This is a very valid point, because Stewart is saying that a female character being “powerful” is still stemming from the male idea of physical strength. Rather than women being seen as powerful and strong and worthy of powerful and strong characters on their own, female names are simply being tacked on. Adding insult to injury, it’s been proven over and over again that in most action films, the woman will still be wearing less clothes than her male counterparts.”