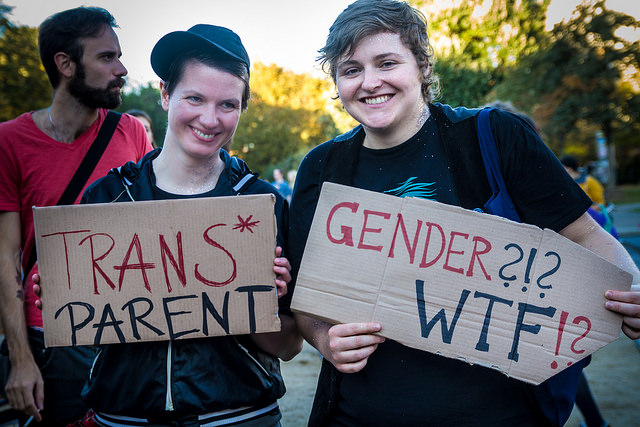 From Thursday, Canadians will be able to identify as gender neutral on their passports under new changes that have been enthusiastically welcomed by rights campaigners.

Canada becomes the first country in the Americas to allow its citizens to use an “X” category, joining those in Australia, Denmark, Germany, Malta, New Zealand and Pakistan. India, Ireland and Nepal are among the countries that provide various third-options.

All Canadians should feel safe to be themselves, live according to their gender identity and express their gender as they choos.

By introducing an ‘X’ gender designation in our government-issued documents, we are taking an important step towards advancing equality for all Canadians regardless of gender identity or expression.”

Canada is taking an important and positive first step by acknowledging the challenges faced by non-binary, intersex and trans individuals. Many people will benefit from having the option of choosing ‘X’ as their gender when they go to file for their passport. However, it is not the ultimate solution and the addition of a gender-neutral option, as Canada is implementing it, does not address many of the underlying issues being faced by these folks.”

Kennedy stressed that the introduction of the “X” designation was no panacea for the ID-related barriers non-binary, trans and intersex people face when travelling by air. She also questioned the need for gender markers on passports in the first place.

In order to successfully increase the safety of non-binary, intersex and trans folks, Canada needs to do more work to lobby internationally to remove gender markers on passports, as well as break down existing barriers that are preventing access to gender autonomy in our country.”

For the time being at least, sex fields are mandatory on all travel documents under International Civil Aviation Organization rules.

There are fears that those who identity as “X” may encounter issues when trying to enter other countries.

I’m really worried that in countries like Uganda and Jamaica, where being LGBT is illegal and there’s laws on the books that prosecute people for identifying as trans, that this could leave people open to arbitrary detention, it could leave them open to scrutiny at airports, degrading treatment.”

Groups in the UK have long called for the introduction of a similar policy.

Rebecca Stinson, head of trans inclusion at Stonewall, which campaigns for LGBT equality in the UK, said:

It’s great to see Canada introduce a gender-neutral option on passports and we would like this approach to be adopted by the UK.”

She described how trans and non-binary people faced unnecessary obstacles and questions because of the way gender is recorded on official documents, such as passports.

“This leaves many trans people feeling afraid to travel for fear of intrusive questioning. We need this to change. We want everyone to be recognised for who they are and for national and local government documents and procedures to accurately reflect gender identity.”

PrevPreviousThe First Woman To Come Out Publicly In Egypt Faces Death Threats – But Says She Has No Regrets
NextAmerica’s Healthcare System Is Discriminatory Against Queer Women, Experts WarnNext