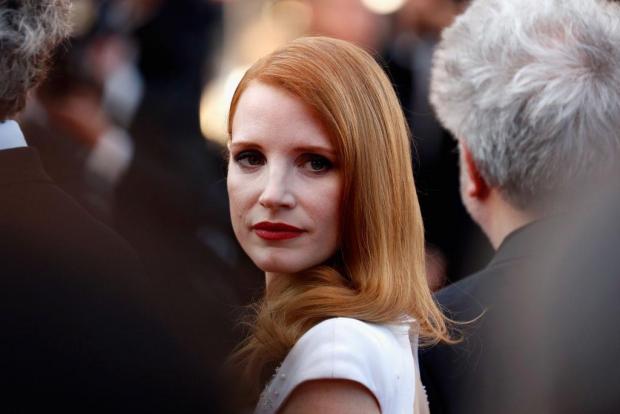 During a post-ceremony press conference, Cannes jury member Jessica Chastain said that after watching 20 films in 10 days, one of her big takeaways is the way women are represented in film, which she called “disturbing.”

This is the first time I’ve watched 20 films in 10 days and I love movies. And the one thing I really took away from this experience is how the world views women, from the female characters that I saw represented.”

What she saw didn’t please her.

It was quite disturbing to me to be honest. There are some exceptions, I will say, but for the most part I was surprised with the representation of female characters on screen in these films.”

Chastain’s words quickly went viral and won praise from many including Selma and A Wrinkle In Time director Ava DuVernay who tweeted a video of the remarks adding “Say that @jes _chastain.” The tweet has amassed over 52,000 likes as of Tuesday morning.

Gender equality issues such has pay disparity, representation on screen and behind the camera, and how women are portrayed in movies have long dogged in the film industry.

There was a record number of lead roles for women last year, according to a study by the San Diego State University’s Center for the Study of Women in Television & Film, but many in the industry still see a long march to equality.

In her remarks, Chastain noted the need for more women telling the stories of women saying

I do believe that if you have female storytelling you also have more authentic female characters.”

This year Sofia Coppola became only the second woman in Cannes 70 year history to win its director prize, taking home the honor for her film The Beguiled.

Chastain said she believes increasing the number of women behind the camera will lead to better storytelling.

I do hope that when we include more female storytellers we will have more of the women I recognize in my day to day life. Ones that are proactive, have their own agencies, don’t just react to the men around them. They have their own point of view.”