Cate Blanchett: I never said I have had sexual relationships with women 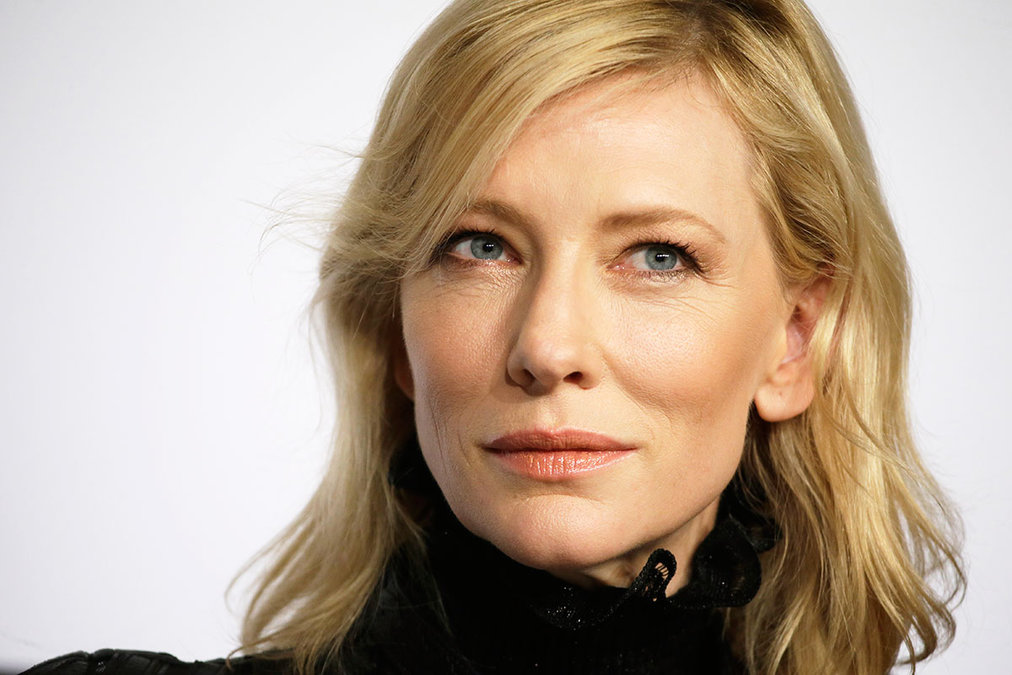 In an interview published earlier this week with Variety, the magazine said it asked Cate Blanchett if this was her first turn as a lesbian to which they quote the two-time Oscar winner as “coyly” responding, “On film — or in real life?”  The outlet then noted “Pressed for details about whether she’s had past relationships with women, she responds: ‘Yes. Many times,’ but doesn’t elaborate.”

However, during a press conference in Cannes while discussing her new lesbian / bi themed film Carol, Blanchett explained her quote had been judiciously edited for effect, and alas she is has not had sexual relationships with women.

She also said she hoped for a time when it would no longer necessary for people to have to come out, saying:

In 2015, the point should be, ‘Who cares?’ Call me old fashioned, but I thought one’s job as an actor was not to present one’s boring, small, microscopic universe, but to raise and expand your sense of the world and make a psychological and empathetic connection to another character’s experience so you could present something other than your own world to an audience.

My own life is of no interest to anyone else. It is, I know, but I’m certainly not interested in putting my own thoughts and opinions up there. Why I love being an actor and working is what you refer to before, the research.  It’s finding other people’s experiences and making those beautiful, intangible [connections] that will communicate something.”

Variety has not responded as yet to Blanchett’s assertion, but it’s hard to believe an actress of her sterling reputation would make this clear clarification if she did not believe their assertion was inaccurate.

Blanchett went on to say she admired the restraint exhibited by the characters in the film, who speak about the sex lives only sparingly.

Carol’s sexuality is a private affair. What often happens these days is if your are homosexual you have to talk about it constantly, the only thing, before your work. We’re living in a deeply conservative time.”

The actor confirmed that her research had involved consuming countless lesbian novels written in the middle of the last century, of which Carol appeared to be “the only one with a happy ending”.

They were outsider novels. Carol was not a card-carrying member of any sexual persuasion. That’s also important to remember: those labels, those groups, the comfort of them, didn’t exist then. The resultant isolation was very important.”

The film is being regarded as the most mainstream American depiction of a lesbian relationship made to date.

Screenwriter, Phyllis Nagy, spent 14 years attempting to make this movie; now that she has, she said, it amounted to “a huge political statement.”

nothing has changed and everything has changed. Because we can have this movie now. It starts the kinds of discussion we need to have about this issue. We do not we politicise the material by just allowing people to live their lives honestly. [Gay people] are expected to make it an issue front and centre in our lives. But actually when you live your life, your identity is front and centre – but it’s something we’re not often treated to seeing in films.”

The cast and crew expressed the hope that the film might help change policy in the “70 countries round the world in which homosexuality is still illegal”. “It’s important to talk about,” continued Blanchett, while her co-star Rooney Mara, agreed “there’s a long way to go before we’re not talking about it”.