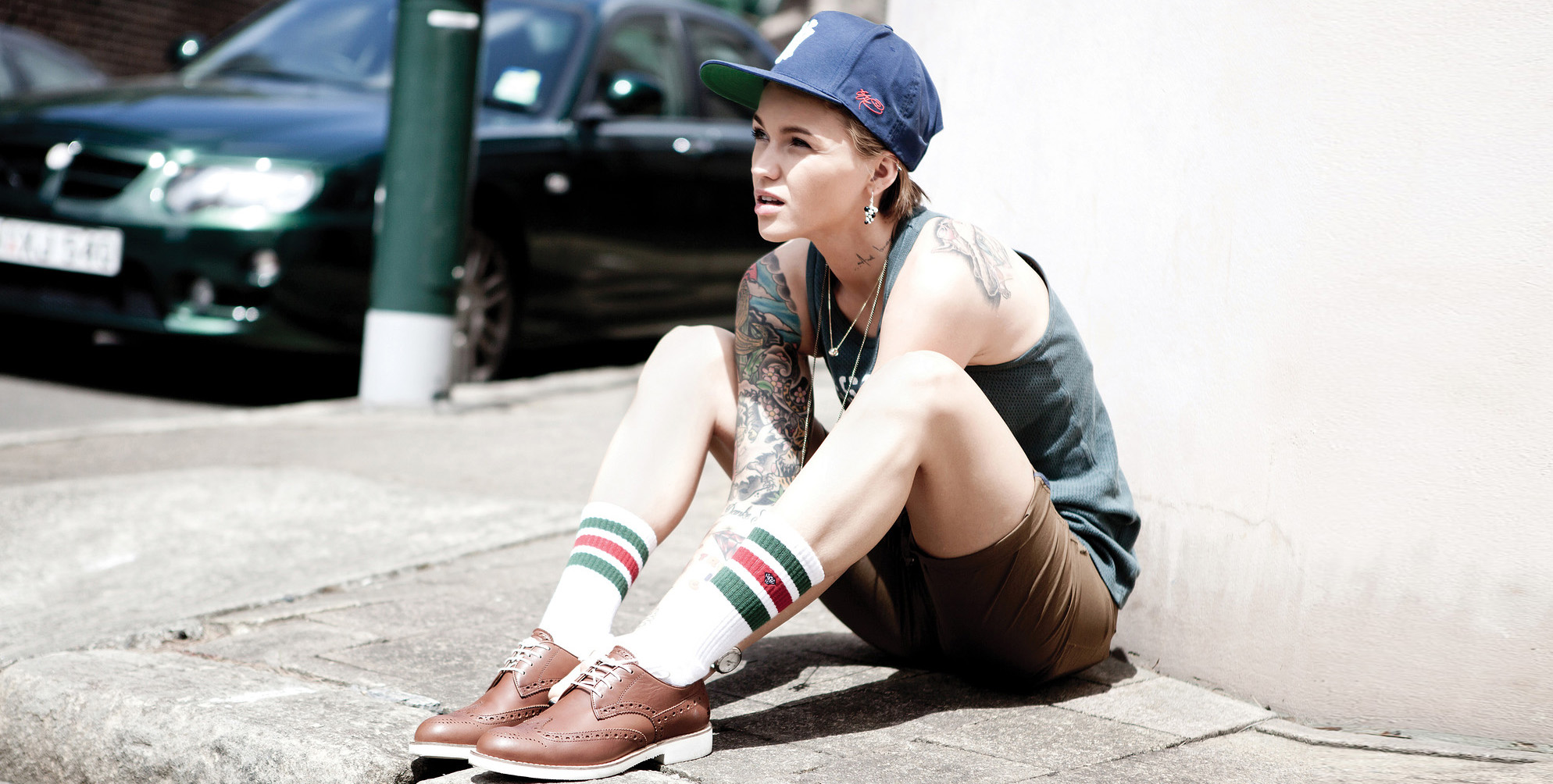 As a masculine-of-centre woman (and a lesbian at that) things are likely far from a walk in the park. Society already has harsh expectations embedded in it that suggest that it’s only ok for men to be masculine and for women to be feminine – any blurring of the lines is simply unacceptable.

So when a woman not only abandons a feminine dress sense, her perceived female identity and is open and proud about her sexuality too, there are always going to be calls against her from the groups of ignorant people.

Bring on DJ Ruby Rose then, who identifies as gay and is known for her more masculine fashion sense and her roster of impressive tattoos as much as she is for her music. In her new music video for ‘Break Free’ she challenged these perceptions by depicting her transformation from feminine to masculine over the course of the song.

The video didn’t just catch flack from ignorant people though, as it actually caused offense to those who it was meant to honour. According to Rose, the video is “about gender roles, Trans, and what it is like to have an identity that deviates from the status quo”.

However, in the video she seemed to depict a gender fluid character who let go of their femininity to become more masculine – something Rose depicted by using a binder and a fake penis. Some have called Rose out on the fact that she did not publicly identify as trans* nor gender fluid (at the time the video was posted).

Therefore she had no right to depict such an identity, which is perhaps valid given how many actual trans-men, women and those who are gender fluid already have trans* and gender fluid characters’ roles in the media given to cis-gendered people. However, after posting the video online, Ruby Rose did come out as gender fluid saying that she identifies as neither a man nor a woman.

Meanwhile, one YouTube commenter says that “I don’t like this [sic] videos idea of a male image.” failing to realise that these attributes are often accepted and even celebrated when displayed on cis-gendered men. Another plainly said “You’re going too far, it’s confusing.”

But what does Rose say to these haters? In a statement to Cosmopolitan Australia she said this,

“You know what needs to stop just as much as homophobia, bullying within the LGBT Community… A ‘bisexual’ isn’t just greedy… ‘Pansexual’ exists and isnt a cop out.. ‘Straight’ people can be huge gay advocates and blessings to the community…

You can identify as trans without surgery, you can be gender fluid… In fact guess what… you can be whoever you are and like whoever you like and WE should spread the love and acceptance we constantly say we don’t receive.”