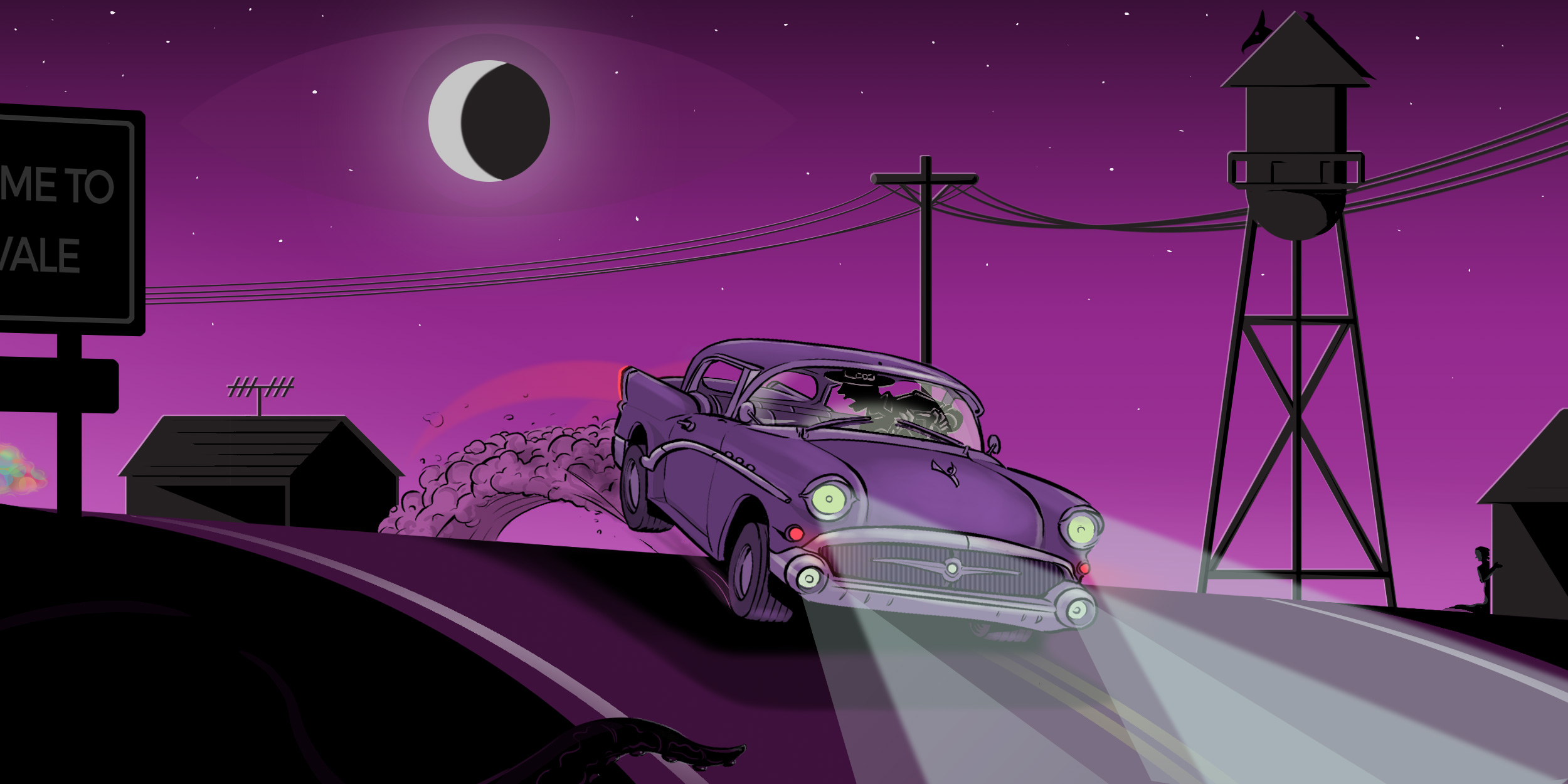 It’s just one of those strange, accidental facts of life that aren’t strange or accidental at all. It’s called queer-coding, and it’s homophobic. Society finds homosexuality repulsive – which is perfect for a villain.

TV Tropes call this the Sissy Villain. Look at Aladdin’s Jafar, who is “willowy,” “averse to physical labor,” and exhibits “melodramatic flair.” Or take Lion King‘s Scar, whose feminine drawl is in stark contrast to Mufasa’s traditional masculinity.

This trope transcends Disney. Have you looked at HIM, from the Powerpuff Girls? They’re a cross-dressing male-bodied character who is “evil” because they wear heels and lipstick.

Welcome to Night Vale is changing all of that.

To say Night Vale is a wildly popular sci-fi/fantasy podcast is an understatement. Millions of listeners tune in to hear stories from this puzzling, fictional universe about a town where strange things keep happening. It’s like Serial meets Supernatural meets Adventure Time. With Twin Peaks and Life is Strange stirred in.

The mysterious are captivating, the writing is witty and the tales are humorous. Oh, and in Night Vale, being gay has nothing to do with being a villain. Not a single villain is queer-coded, and the queer characters are fully developed.

From the first episodes, the show has tracked the relationship of two openly gay protagonists, the narrator Cecil Gershwin Palmer and another character, Carlos. The creator says,

Carlos could easily be a Samantha, and it would not affect the plot at all. That’s what makes it so beautiful; it’s a gay relationship that is not dependent on the plot.”

Both Carlos and Cecil are voiced by openly gay men, who understand that you don’t need stereotypes in order to make a character “sound” gay.

Similarly, the show casts Desiree Burch to play a character named Pamela Winchell – she is a black woman playing a black woman, who brings a real nuance to the character.

The audio drama also has queer women as well. One of the newest characters is a devout lesbian Muslim who wears a hijab. The openly lesbian actress Jasika Nicole (whom you may welcome from queer indie hits like Suicide Kale) has voiced the recurring Night Vale character of Dana since 2013.

The Night Vale spinoff, Alice Isn’t Dead, follows a lesbian truck driver driving across the country in search of the wife that she thought was long dead.

PrevPreviousWaverly Earp Is the Queer, Demon-Fighting Cowboy You’ve Been Waiting For
NextWatch #BKKY, A Lesbian Thai Film That Will Make You ThinkNext