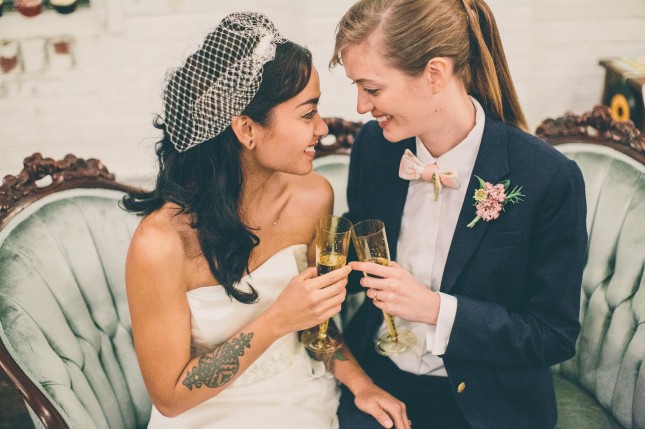 Other Native American tribes such as the Navajo Nation maintain that same-sex marriage is illegal, but many tribes have not taken a stand either way.

The assistant attorney general of the Cherokee Nation, Chrissi Nimmo, told Huffington Post that he expects a “mixed reaction” from tribal members. ”

Without a doubt, there will be tribal members and officials who support this and are proud of this, and there will be others … who don’t like it.”

The right to marry without the freedom to marry the person of one’s choice is no right at all. The history of perpetual partnerships and marriage among Cherokees supports the conclusion that Cherokee citizens have a fundamental right not only to choose a spouse but also, with mutual consent, to join together and form a household irrespective of sexual orientation.

Nimmo says that Obergefell v. Hodges heavily informed the decision, as did Cherokee oral history, ancient Cherokee customs and beliefs about sexuality, and a tradition of alternative sexuality in the tribe. Says Nimmo:

The good news? Hembree’s decision went into effect immediately, making marriage possible for thousands of lesbian, gay and bisexual citizens. The bad news is that Hembree admits that although his decision is binding, any Cherokee official can challenge it at any time, although he says that he “doesn’t really know who would challenge it.”

Regardless, this is a reason to celebrate! Read the official opinion here.