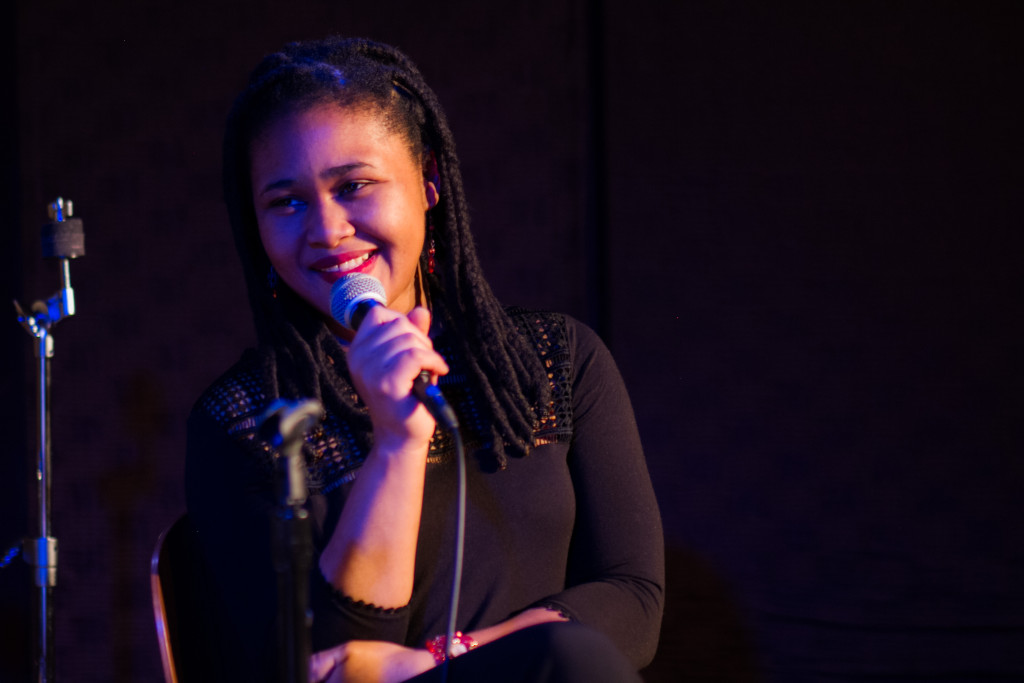 You probably know Chinelo Okparanta from her fiery, controversial novel, Under the Udala Trees, one of the first Nigerian novels to support lesbian relationships.

With her innocent eyes and sweet smile, Chinelo looks like the friendly girl next door – but her books have hit the world like a nuclear bomb. If you’re not in love with her yet, you’re about to be.

She takes death threats in stride.

Before she wrote Under the Udala Trees, Chinelo wrote a short story collection called Happiness, Like Water. And yes, it also includes lesbians. Immediately, readers started sending her death threats. She couldn’t open her Facebook without finding people who wanted to slaughter her.

Of course not. She brewed a cup of tea and made her next novel even gayer.

Her words will give you chills.

Maybe love was some combination of friendship and infatuation. A deeply felt affection accompanied by a certain sort of awe. And by gratitude. And by a desire for a lifetime of togetherness.

Haven’t you felt that when gazing into your girlfriend’s eyes?

Happiness is like water,” she says. “We’re always trying to grab onto it, but it’s always slipping between our fingers.”

She has simultaneously redefined both happiness and water, forever.

But we were in love,

or at least I believed myself completely to be.

Excuse me while I grab a tissue.

Many lesbian books fall in one of two categories: a fluffy romantic lesbian novel written by a western novelist, or a vitriolic anti-gay manifesto written by a religious novelist. Chinelo simultaneously breaks free from and embraces both of these categories.

In Under the Udala Trees, she dialogues with the religious right, she includes a romantic ending, she avoids fluff and cliché, and she paints a realistic picture of lesbian relationships gone both well and disastrously.

Her writing is as complex as her political views. She says that her writing “incites us to take a look at ourselves and own up to the ways in which we’ve had a hand in our own corruption and exploitation.”

She also says, “I do write a lot about Christianity. I write also about colonialism. Sometimes I write about the two hand in hand, because it is often hard for me to write about one without the other.” She discusses how the West imported rigid morality, homophobia and Christianity into Nigeria, and yet the West blames Nigeria for being religious and homophobic. The West isn’t innocent.

She has won hundreds of writing awards.

…or at least, it seems that way. In addition to being the only woman nominated for the 2013 Caine Prize, Africa’s biggest literature prize, she’s also won the Lambda Literary Award for Lesbian Fiction (twice) and the O. Henry Award, and been listed for the Frank O’Connor International Short Story Award and the Zora Neale Hurston Award. Her books were recommended by the New York Times, the Guardian, the L.A. Times and more.

Any aspiring writers should take note.

She takes mental illness by the horns.

It’s rare for artists to admit that they struggle with mental health. Sometimes they’ll discuss depression or addiction, but they almost never admit to more uncommon illnesses, such as Obsessive-Compulsive Disorder. And within the subset of Obsessive-Compulsive Disorder, scrupulosity is an extremely rare but potent religious/moral OCD that can be frightening at best and crippling at worst. She addresses it in this interview with the Iowa Review.

Chinelo: And, I suppose having a healthy dose of Obsessive Compulsive Disorder where morality is concerned does help to keep one from repeating a cycle of wrongdoing.

Interviewer: Interesting. You wouldn’t by any chance be referring to yourself regarding that condition?

Chinelo doesn’t explicitly state whether she’s struggled with it or not, but admitting that religious/moral OCD exists is an important step forward.

How could so much wisdom and fire be hidden in such an open and friendly face! Abeg!