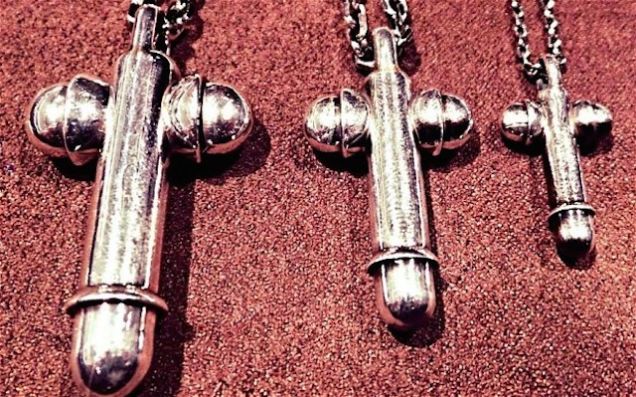 For those of you in search of a Crimbo gift with a difference, then designer Tom Ford has a creative suggestion.

The fashion designer has just released a perfectly phallic accessory, which is setting the prudent public alight.

The new crafted necklace is similar in design to a crucifix, and this design coincidence has the Catholic Church enraged.

Ford’s controversial ‘Penis Pendant’ fittingly comes in small, medium and large sizes, in either palladium-plated silver or gold plated brass. Priced at $790 each, they’re certainly among the more opulent gifts this season.

Ford’s decision to market these pendants near the holidays has caused a massive backlash, with anti-gay Catholic League president Bill Donohue being among those haters to speak out loudest – targeting Ford’s sexuality in his ranting.

“When we learned of this item, I said to the staff that I bet this guy Tom Ford is a homosexual. I was right. He even thinks he’s married.”

Hurrah for the homophobes Christmas spirit.