Coming Out At Christmas 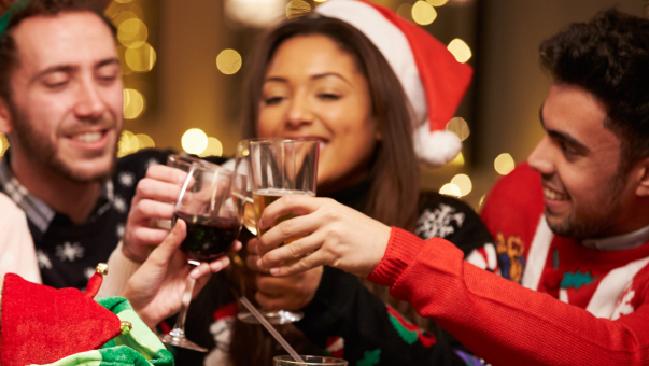 Q: Coming out at Christmas

I’m planning on coming out to my family sometime over the next few weeks. I want to be prepared for the questions they may ask – are there any that threw you for a loop when you all came out? What should I expect?

Hello, reader! First of all, let me tell you: My coming out experience was pretty pain-free. Most of my family has been very supportive, and I still have some of the friends I had before I came out. (Some of them even came out around the same time I did – that was a lucky coincidence. Or maybe it was something deeper than that… Hmm.)

As easy of a time as I had coming out of the closet, I would strongly urge you to not do it around the holidays. Unless you are 100% sure that the mood will be loving and supportive, there is a potential for things to go seriously wrong. It will probably be easiest on you if you wait until you can have one-on-one time with the people you want to tell – and prioritize them based on whose opinions you feel most confident about.

In my case, I chose to come out to my closest friends first. I lost a few, but I expected I would – I was in a small Podunk town when I started coming out, and there are a lot of closed-minded rednecks in the area. As I met new friends, I came out to them, too. It became part of my discussions, and while some “more mature” lesbians may tell you that doing this makes you look bad, think about it:

By choosing how you define yourself to people, you are giving yourself power over their thoughts about you. Coming out to someone is a huge step – but coming out to them right away makes it easier.

Once I started to be more comfortable with the idea of being a lesbian, I wrote a letter to my mom. There was a bunch of stuff in the letter, not just my sexuality – but I’m better in writing, so I spilled my heart out on the paper. My mom and I have never been very emotionally close, but I know she supports me in everything I do, and I knew she wouldn’t turn me away.

I told her that I liked girls (although, at the time I wasn’t sure if I was bisexual or a lesbian – I knew that wouldn’t make a difference to her.)

I told her that I was sexually abused by someone in the family. (When I wrote the letter, the problem had already went away.)

I told her that my sexuality had nothing to do with the abuse. I didn’t go into specific details with her on either, but I told her the two were not connected.

I told her that I loved her and I respect her. I think that’s important, and part of the reason you should tell each person individually – it gives them the respect of having time to process everything. We want people to react positively, but if you put a bunch of people on the spot at the same time, they may feel forced into giving a positive reaction. (It’s the same reason I don’t see the romance in a big public proposal – sorry, but no one wants to be the asshole who says no, so you’ve got no choice but to say yes – everyone’s watching!)

Lastly, I told her where I would be. In my situation, I stuck the note on top of her purse and went to a friend’s house. I didn’t want to intrude on her time to think, but I didn’t want her to worry, either. Running away isn’t always necessary, nor is it always advised – but if you are scared of the response, you have every right to put some padding there until they have processed.

Every time you come out to a person, you feel more confident with your ability to come out – which allows you to save the “hardest” one for when you’re your most confident. In my case, my grandmother was the most difficult for me – ever since I came out to my dad, he put it in my head that my grandmother would disown me if she knew I was a lesbian. She was homophobic, he told me, and she wouldn’t accept me.

“Your father’s a pisser,” she replied when I finally did tell her. “He must be forgetting that I had gay friends when he was growing up. And I sort of had a feeling about you.”

I had missed out on almost five years. I avoided my grandmother’s questions (“Do you have a boyfriend yet?”) and avoided telling her about my life (“So when am I going to have great-grandchildren?”) because I believed an assumption. Sometimes, when we think someone’s going to react a certain way, they completely surprise us.

This is why I can’t really tell you any questions to prepare for – it takes a long time to come up with every answer people can bring up when you come out. I’m still discovering new questions all the time, ones that I don’t quite have an answer prepared for yet. (I’ve been out for about ten years, for a time reference.)

I hope that your coming out experience is wonderful and supportive, and that your family welcomes you with open arms long after you identify yourself. Thank you for reaching out to us, as well, and if anyone else has anything to add to this discussion – please leave it in the comments!

PrevPreviousButch Lesbian In Need Of Some Dating Advice?
NextThe Difference Between Wanting to Be with Someone and ‘The One’Next