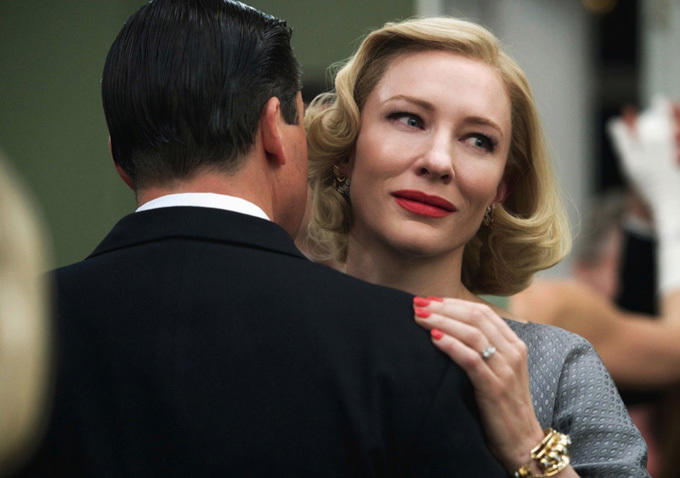 Indiewire have updated their 2016 Oscar predictions, and they predict a very real possibility that over half of this year’s female acting nominations could go to portrayals of gay women.

Lesbians have represented at the Oscars before. Charlize Theron won for playing serial killer Aileen Wuornos, Nicole Kidman played Virginia Woolf, and Annette Bening almost won for her rule in the The Kids Are All Right.

Also read: When It Pays To Be A Lesbian At The Oscars

So who has been tipped?

There is a possibility that openly gay actress Lily Tomlin could get a nomination for playing someone openly gay in Grandma. Which is actually a first – a lesbian actress being nominated for playing a lesbian character – shock horror!

Tomlin would also become the only second gay person to be nominated for playing a gay person. Ian McKellen is currently the only other example.

In Paul Weitz’s Grandma, Tomlin plays a lesbian poet who goes on a road trip with her granddaughter after she breaks up with her long-term partner.

This is her first lead role in a film in over 27 years, and she’s incredible in it. Sony Pictures Classics is surely going to rev up a campaign for her come fall, in hopes of giving 75 year old Tomlin her first Oscar nomination since 1975, when she was nominated for Nashville. Our fingers are firmly crossed.

If Tomlin does get nominated, she would almost certainly be competing against Cate Blanchett, who got insanely good reviews out of Cannes for Todd Haynes’ Carol. Blanchett plays half of a 1950s lesbian romance in the film, the other half being played by Rooney Mara, who beat out Blanchett for Cannes’ Best Actress award.

Mara is a very likely nominee too, though The Weinstein Company could very well campaign her in supporting.

Either way, this is three possible lesbian nominees.

And then there’s Freeheld, which we’ll likely be released at the Toronto Film Festival.

The movie stars last year’s best actress winner Julianne Moore, who is paired with Ellen Page. The film is a classic Oscar bait story of real life lesbian Laurel Hester (Moore), a police officer in Ocean County, New Jersey. Following her diagnosis with terminal lung cancer in 2005, Hester repeatedly appealed to the county’s board of chosen freeholders in an attempt to ensure her pension benefits could be passed on to her domestic partner, Stacie Andree (Page).

The film is actually based on a documentary short that won an Oscar, and is written by the same man who got a nomination for his screenplay for Philadelphia.

We obviously won’t know until we see it, but both Moore and Page sure seem like contenders for best actress and best support. That would also make Moore the only person to receive two nominations for playing queer characters.