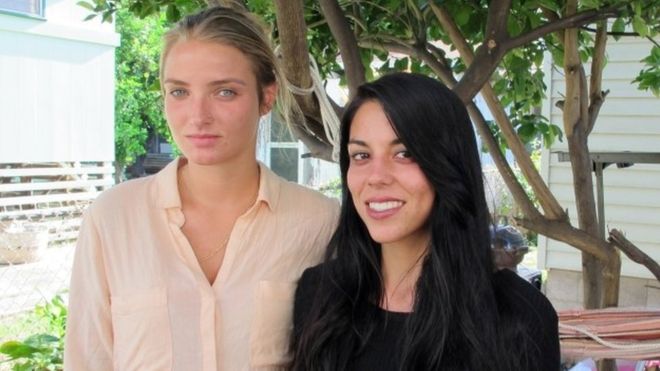 A lesbian couple, Courtney Wilson and Taylor Guerrero, who reported a policeman in Honolulu, Hawaii, harassed and wrongfully arrested them after seeing them kiss have been awarded damages.

The couple – who were visiting from Los Angeles when the incident occurred last year – say they were told to “take it somewhere else” when the policeman saw them kissing in a food store.

After they initially complied with the order to stop kissing, the officer, Bobby Harrison, saw them being affectionate again and threatened to eject them from the store, their lawsuit said.

He later grabbed Wilson by the wrist while she was at the checkout, and a scuffle broke out. The two were then charged with assault, spending three days in jail.

The charges were later dismissed and Mr Harrison has since retired.

Honolulu City Council will consider the damages in early July. Donna Leong, of the city’s Corporation Counsel, which advises on legal matters, said her department believed “the tentative settlement is in the best interests of the city”.

The women were a couple at the time but have now split up. Guerrero still lives in Hawaii, saying she likes living in the US state.

On the settlement, she told the Associated Press news agency: “I’m just glad it’s over with.”