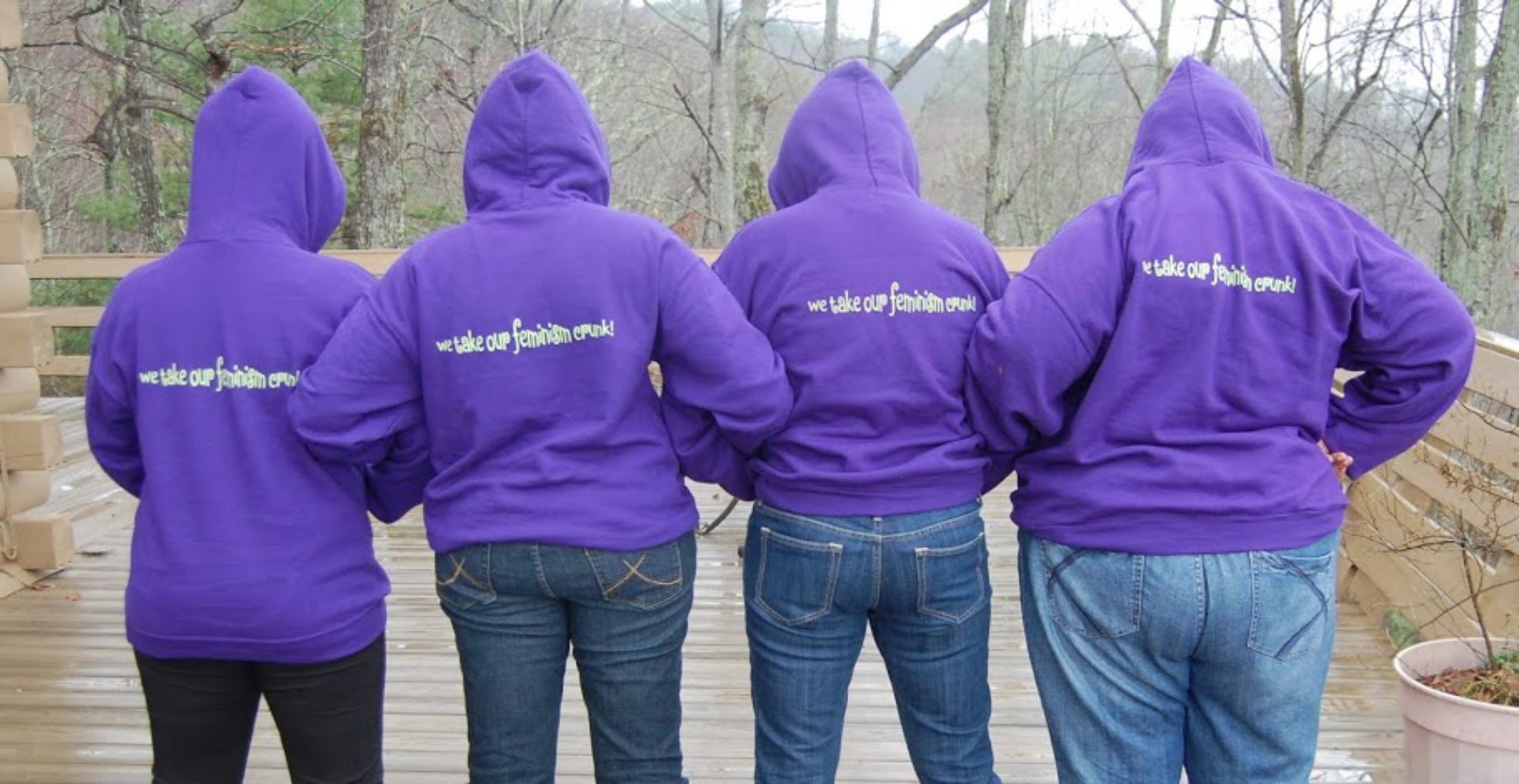 The Crunk Feminist Collective is redefining feminism for the hip-hop generation.

If you were born during the hip-hop era (the 80s and 90s), then you’ve come of age with rap playing an active role in your life – you might remember when Tupac got shot, when Lauren Hill got miseducated and when Kanye hit the scene with spoken word poetry.

The founders of the Crunk Feminist Collective – Susanna M. Morris, Brittney C. Cooper and Robin M. Boylorn – found traditional feminism lacking. As professors, they grew frustrated with the fact that the typical feminist canon, which includes Simone de Beauvoir and Gertrude Stein, did not address the intersectional aspects of their identity. Where were the discussions of race, of class, of sexuality? As a queer black woman, Cooper found that the traditional canons didn’t adequately describe her experience. So she decided to write a new canon.

The Collective writes essays for members of the hip-hop generation. No, they don’t always (or even frequently) discuss hip-hop itself; the term refers to the fact that they connect with twenty-somethings and thirty-somethings who have come of age post-Moynihan, who have witnessed the AIDS epidemic, who have lost family members to the Clinton war on drugs, who have watched the government ignore Hurricane Katrina, who have voted for Obama, who have seen Trayvon Martin die, who have marched for gay rights, who have watched Trump take office. In a word: millennials of color.

The collective runs a popular blog where you can read their essays on queer sexuality, race and gender for free. You can also get the book, which includes essays such as “Sex and Power in the Black Church” and “Clair Huxtable Is Dead.”

The mission of the collective is to “create a space of support and camaraderie for hip hop generation feminists of color, queer and straight…in which we can discuss our ideas, express our crunk feminist selves, fellowship with one another, debate and challenge one another, and support each other, as we struggle together to articulate our feminist goals, ideas, visions and dreams.”

Traditionally, the word “crunk” has meant a state of “uber-intoxication.” The Collective says,

What others may call audacious and crazy, we call CRUNK because we are drunk off the heady theory of feminism that proclaims that another world is possible.”

A world of equality for queer women, for women of color, for low-income women, for any woman willing to push the boundaries of feminism.