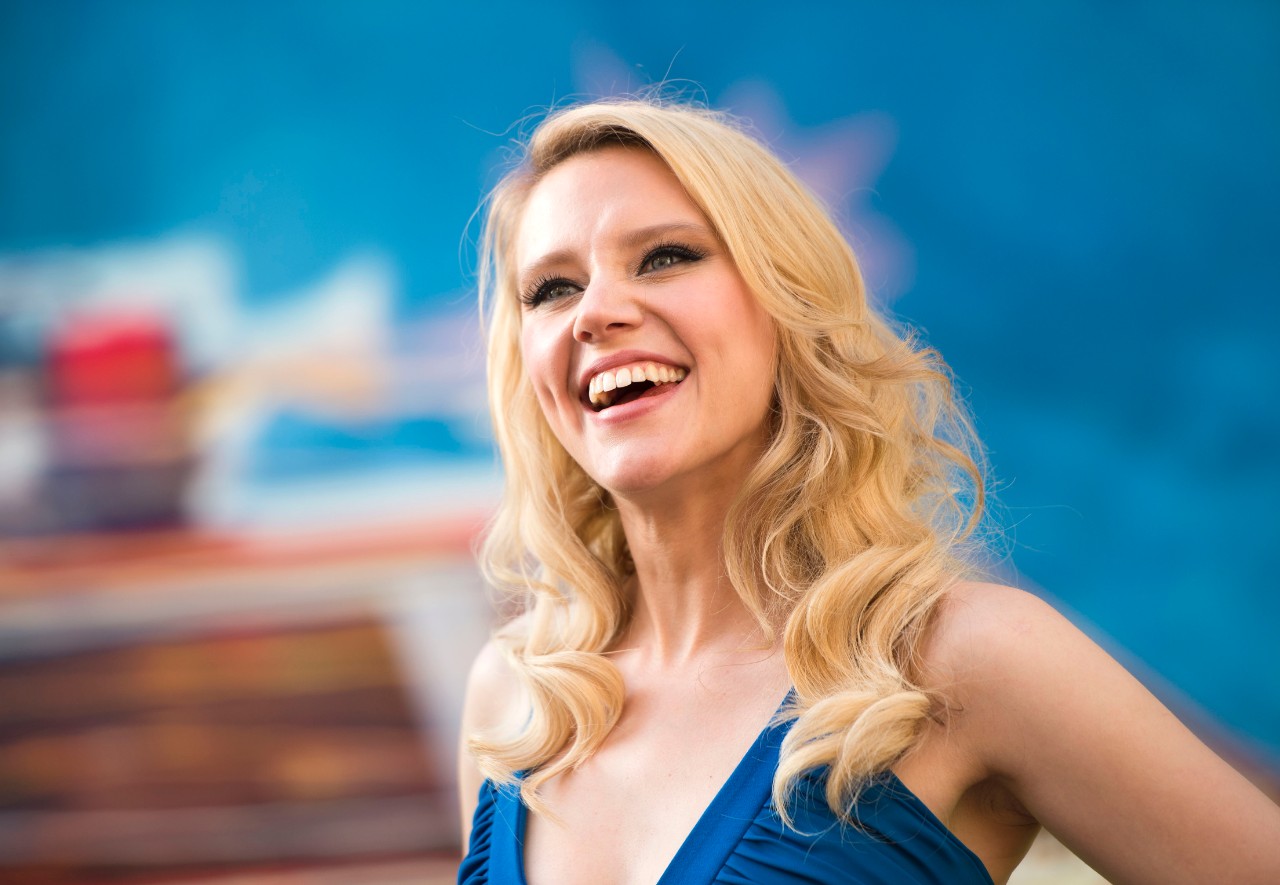 She oozes swagger as Holtzmann in Ghostbusters. She floats as Fitzwilliam the Boy Who Wants a Vagina on The Big Gay Sketch Show. She embodies the Clinton presidency on Saturday Night Live. And she loves cats.

SNL has been around since the 1970s, but it wasn’t until 2012 that Kate McKinnon became the first cast member to acknowledge her sexuality – breaking barriers for LGBT comediennes everywhere. Thank you, Kate!

2. Her Crazy Eyes are legendary.

Ice blue and sharply slanted, Kate’s trademark Crazy Eyes could cut through glass. There’s even a website devoted to them called Kate McKinnon’s Crazy Eyes. Sure, they may be unsettling at first, but she loves with the same intensity as her gaze.

According to her, they are her sons. They are her husbands. She has talked about her cats on Ellen a hundred times. Wouldn’t you like to raise a cat family together?

5. She’s as passionate about theatre as she is about women.

She’s been performing and making people laugh for decades. She’s staged three sold-out one man shows – that’s right, she entertained hundreds of people completely by herself – and critics loved it.

Watch Disenchanted: “The beloved fairy princesses of your childhood pop a few Klonopins and eat themselves into a coma.”

She plays the piano, cello and guitar, and at Columbia University she founded a musical improv group called Tea Party.

At least she does on screen. She starred in a kick-ass web series about a feminist magazine that will hit home for anyone trying to start their own radfem zine.

8. She brings sexy to steampunk.

She won an Emmy for Outstanding Supporting Actress in a Comedy Series for her work on SNL, cementing what we already knew – she’s not just cute, she’s also hilarious and talented.

Look at that smile!