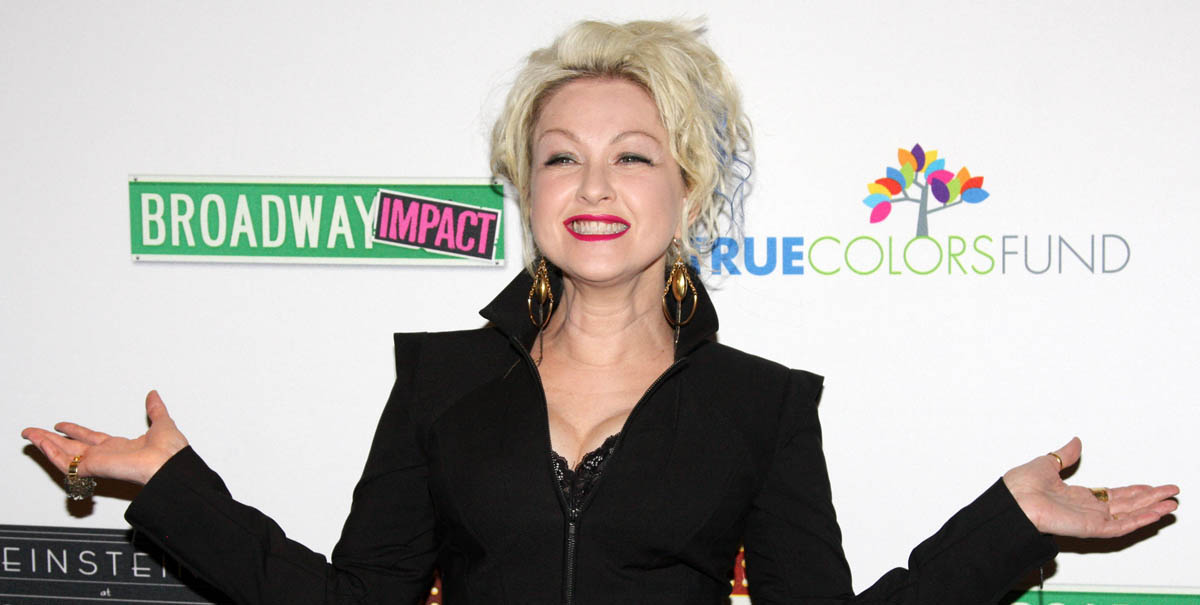 The idea behind the 30-bed facility, was conceived by Lauper, her manager and the West End Intergenerational Residence, a non-profit that provides housing and support for homeless families and seniors.

The True Colors Residence will be the first permanent housing facility in New York for homeless LGBT+ youth.

“In New York City, a very disproportionate number (up to 40 percent) of homeless youth identify as LGBT+ Even more disturbing are reports that these young people often face discrimination and at times physical assault in some of the very places they have to for help. This is shocking and inexcusable!..

…I believe a strong society is an inclusive society. If we want to win big then we’d better include everybody because we need everybody,”

Lauper has long been an advocate for lesbian, gay, bisexual and transgender rights. In 2007, she created the True Colors Tour, in which she performed and talked about LGBT+ issues with Erasure, The B-52s, the Indigo Girls, Deborah Harry and Joan Jett & the Blackhearts.

Then in 2008, she founded the True Colors Fund, a non-profit for the advancement of LGBT+ equality.

The True Colors Residence was subsequently constructed. The new energy-efficient building contains 30 studio apartments for youth aged 18 to 24 to live in, and indoor and outdoor community space. Residents will pay rent based on their income and receive job placement help.

Lauper will be the honorary chair of the shelter’s board, and her manager, Lisa Barbaris, will be the board’s honorary vice chair.

“Our primary goal is to provide a physically and emotionally safe and supportive environment that will empower our young residents to be the self-loving, happy and successful individuals they were meant to be.”

“We have about 1,000 people a year come here. And at least 20 to 25 percent of those individuals face an issue of homelessness or are under-housed at some point in their adolescence.”

Carrie Davis, the director of community services at The Center.

Carl Siciliano, the founder and executive director of the Ali Forney Center, agreed that the new shelter was a much-needed facility.

Lauper’s new shelter is part of a slowly growing movement that’s calling attention to the plight of homeless LGBT+ youth in New York. In 2009, Mayor Bloomberg’s office created a 25-member Commission for Lesbian, Gay, Bisexual, Transgender and Questioning Runaway and Homeless Youth. The director of the commission is Jeanne B. Mullgrav, the commissioner of the Department of Youth and Community Development.

“We are ecstatic that, with the opening of the True Colors Residence, more housing and services will be available to help our most vulnerable youth succeed and thrive . In 2010, Mayor Bloomberg’s Commission on L.G.B.T.Q. Runaway and Homeless Youth report high-lighted that LGBTQ youth are particularly at risk of leaving home. In response, the Commission recommended the addition of beds and specialized services for this population, so we are especially pleased to see this vision becoming a reality.”