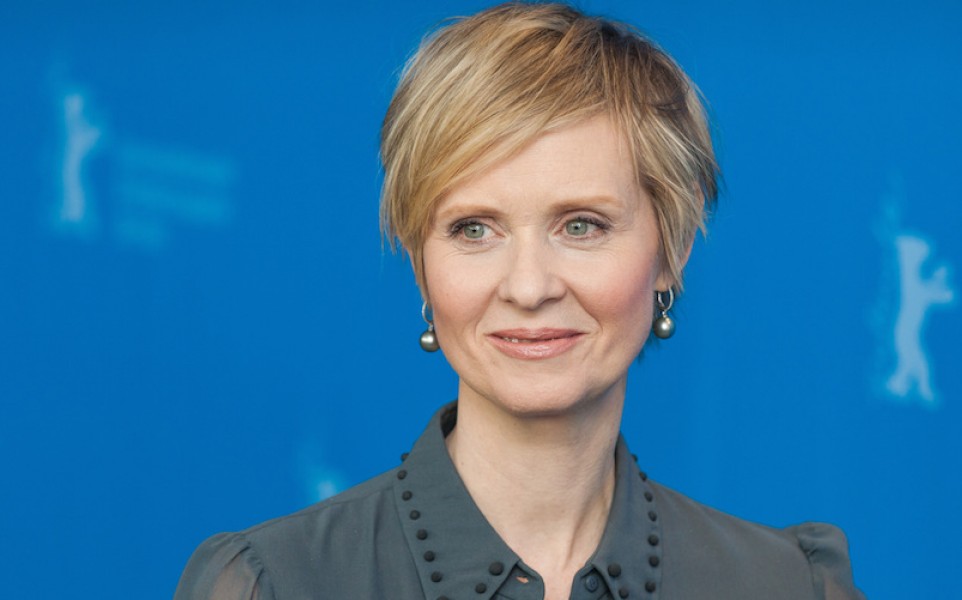 Last month, actress Cynthia Nixon AKA Sex and the City’s Miranda gave the people of New York what they deserve, announcing that she would be running for governor.

A cause of celebration for all, with the exception of council speaker Christine Quinn, who said Nixon’s interest was a “flight of fancy” and branded her an “unqualified lesbian”.

Nixon addressed the comments at her campaign launch by saying:

“I don’t have my certificate from the Department of Lesbian Affairs, but in my defence, there is a lot of paperwork involved.”

To support the campaign, pins and T-Shirts with the message ‘unqualified lesbian’ are now for sale on her site.

The former Sex and the City star is challenging New York Gov. Andrew Cuomo in the Democratic primary.

Nixon has previously said her lack of political experience is actually a strength because “sometimes a little naiveté is exactly what is needed.”

Qualified and unqualified lesbians alike (and all others), if you want to show your support for Nixon – our rightful governor – you can buy pins (and hopefully more merch soon) here.