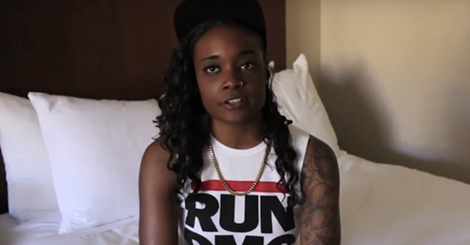 La’Porsha Renae has apologized for comments she made earlier this month at a press conference, during which she said, “I am one of the people who don’t really agree with that lifestyle” when asked to discuss the new anti-gay legislation in Mississippi, her home state.

Now, in an interview with TV Line, she’s acknowledged that she’d been “offensive by using the word ‘lifestyle’” and took the time to emphasize “I deeply apologize.”

Sarah Chalke and Cameron Esposito talk about their secret relationship in Mother’s Day.

Looking forward to this – Hannah Hart is releasing a memoir next fall. Buffering: Unshared Tales of a Life Fully Loaded.

Hello, sweet people! I am so pleased / excited / nervous to announce that my new book is available for pre-order! This book is comprised of my inner bits and my first attempt at putting them to paper like this. Everyone has a story to tell and this book features some of mine! Get yours today at http://www.bufferingbook.com ! Xoxo Love, Me

Out ex-firefighterm Lt. Lori Franchina has won $800,000 in harassment lawsuit.

And SNL new video parody is making a serious point about Anti-LGBTQ laws.