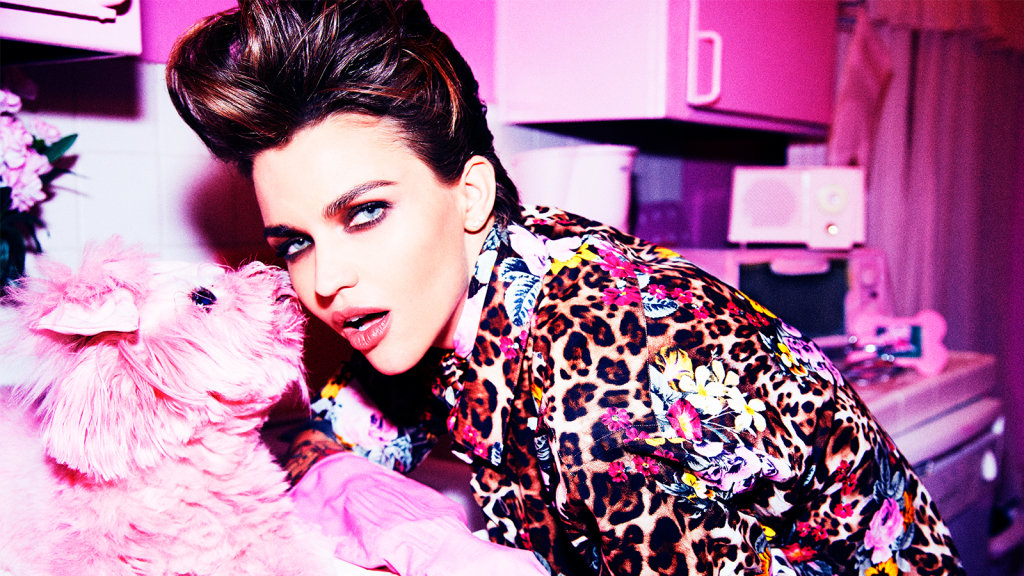 I’m one of those people who feels that everybody is somewhere on the spectrum. I don’t think it needs to be labeled – love is about the person.

When people say to me that I turned them gay, I just laugh, because that’s not really even a possibility. It sounds like I did something against their will in the middle of the night, as if I crept into their brain and pushed the gay button, then did an evil laugh and left them to fend for themselves—newly gay and alone in the world.

I break it down like this: Did I find Channing Tatum in Magic Mike to be extremely hot? Yes! Could I now turn straight for him without having previously ever had a desire to be with a man? The answer is, nope. Haha.”

However, according to Elite Daily, straight girls can kiss women for fun, as long as they make sure no one gets hurt – hmmmmm

This weekend, at the MTV Music Awards Dwayne ‘The Rock’ Johnson shared an image of himself wearing a black turtleneck, necklace and man-purse.

He joked: “Those were the days of me being a buff lesbian.”

This joke soon spiralled over social media, and even comic Seth Rogan tweeted his own image.

I got some dope fashion tips from @TheRock. pic.twitter.com/HcW7g8sbG8

News media outlet, Slate was quick to pull Rock up on his comments.

Evan Rachel Wood has spoken to about Marie Claire her favourite scents and bisexuality.

Apparently there is a reason why your pubes are darker than the rest of the hair on your body.

Bryan Adams has joined the chorus of condemnation against anti-LGBTQ legislation by cancelling his concert this week in Mississippi.

And gay LGBTQ Nation are asking if LGBTQ people can ever forgive Christian evangelicals for their sins?