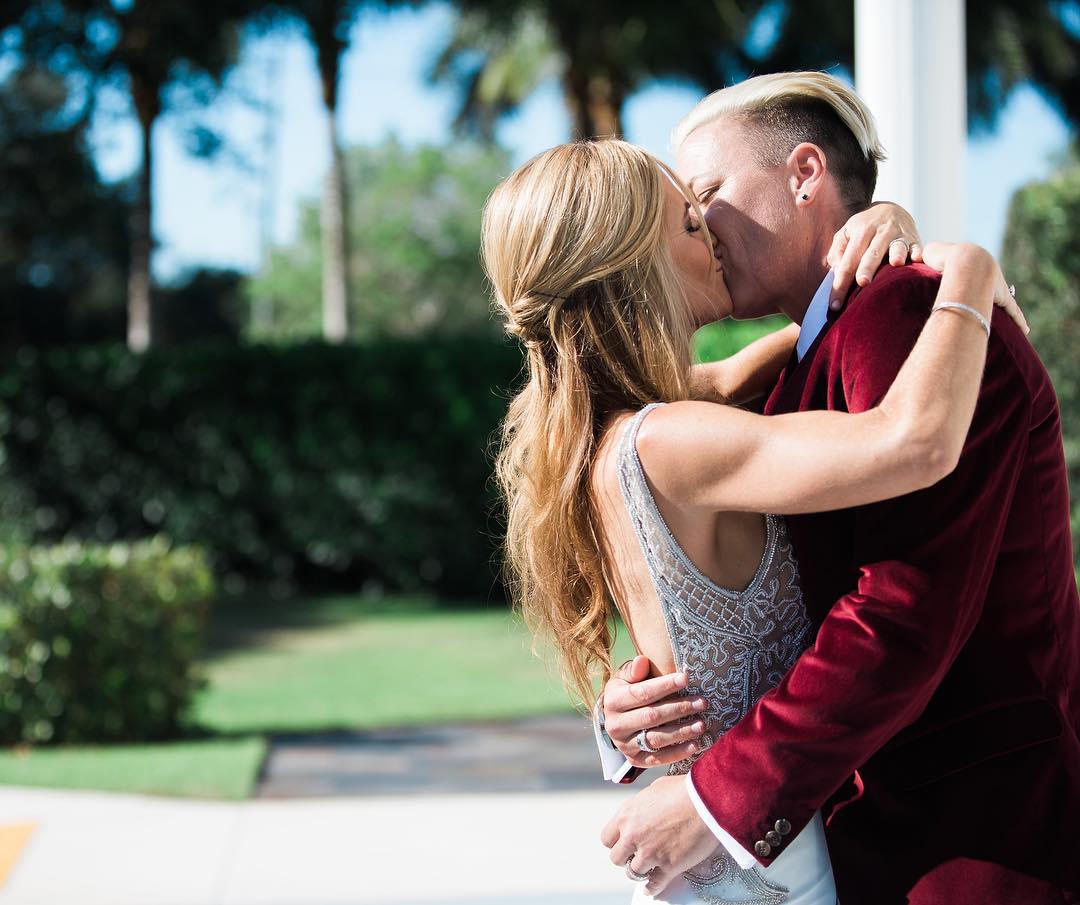 Soccer player Abby Wambach has married her fiance, Christian blogger Glennon Doyle Melton. Much the same way that Wambach and Doyle Melton announced their engagement, the couple took to Instagram to share their newlywed status. (Equallywed)

The trailer for Battle of the Sexes starring Emma Stone and Steve Carell has been released. The film follows the competition between tennis pros Billie Jean King and Bobby Riggs, which captured the zeitgeist back in 1973 when, at 29, the No. 2 ranked King beat the 55-year-old retired former Wimbledon champion. (Variety)

81-year-old actress, Amanda Barrie says she kept quiet about her sexuality throughout her time on British soap, Coronation Street, because she would have been sacked had she come out. (Diva-Magazine)

She said that while friends knew she was bisexual, she lived in constant fear, and was “absolutely terrified” of anyone she worked with finding out.

The fear people went through – me included. Absolute terror. The horror of being found out. And it stayed with me throughout Coronation Street, until I left, because I would have got the sack. It was the attitudes of some people in it. They wouldn’t have worked with you if they knew.”

Evan Rachel Wood and Adam Lambert were the hosted a prom for queer kids and it looked amazing. (Buzzfeed)

The event was held by Buzzfeed and was attended by high school seniors and celebrities, in order to create more safe, celebratory spaces for the LGBT+ community.

And finally Marissa Farina has been Arielle Scarcella tips on how to be a good top in bed.