How To Date A Woman With A Self-Harming Past 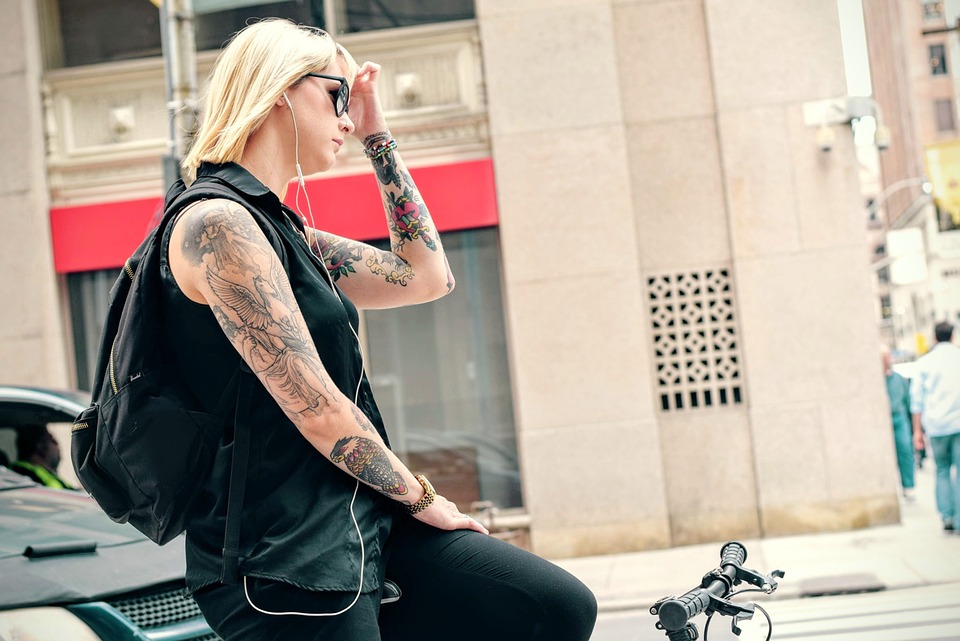 When I was pretty young (I believe 9 or 10 years old), I started a pattern of self-destructive behavior. Some days were worse than others (and some days still aren’t so great), but I tried to keep as much of it to myself as possible. There are things about dating a woman who has self-harmed that are a little different than most other women – things that our partners will, unfortunately, have to do differently.

For the most part, dating someone with a self-harming past is just like dating anyone else. We want love, respect, and trust. We almost expect to get hurt, which can be good or bad, depending on whether you plan to hurt us or not. If you’re the type to take advantage of someone vulnerable, well, we’re sometimes pretty vulnerable. If you are more the type to treat us right, though, we might have a hard time trusting you – we might assume you’re trying to play games with us, and we’ll react accordingly.

Women who self-harm often do it as a form of release, a way to mask emotional pain by supplementing with physical pain. Sometimes this coping mechanism continues throughout our lives, in different ways. When I first started self-harming, for example, I would mainly hit myself or pull my hair. As I grew older, I began cutting and experimenting with drugs. (Note: This isn’t necessarily the case for everyone who has previously experimented with drugs – it’s just why I started.) After the drugs, I started making myself throw up. Eventually, it progressed to enticing my abusive partner to cut me, and later to challenging her to hit me.

None of this behavior was healthy, but unfortunately, it’s all very common. It’s not something most of us like to talk about openly, and it’s something that never completely goes away – the urges will probably be there for our entire lives. But that doesn’t mean that we can’t get better. It just takes diligence and an understanding partner.

Not everyone self-harms in the same ways.

If you’ve dated someone who self-harmed before, great – that might help you with the woman you’re trying to date now. But, it might not. No two people follow exactly the same path, so being with someone who used to cut won’t necessarily help with the partner who purges (the term for making yourself throw up). There are often overlaps, but that doesn’t mean you’re an expert just because you’ve dealt with self-destructive behavior before. But that’s okay – the woman with a self-harming past isn’t looking to date a psychotherapist, in most cases.

It becomes a type of addiction.

It might not qualify as an addiction in the strictest sense of the word, but something happens in the brain of a person who self-harms, and it becomes something that we feel we can’t get by without. This means that, no longer how long it’s been since the last time we self-harmed, there is a chance that we’ll slip up and fall back in. That’s why we need someone who’s not going to be mad at us if we mess up every now and then. We need you to help us get over these little relapses so that they don’t turn into a full-fledged problem again – but that might mean doing absolutely nothing.

We can’t always completely get over the thoughts.

In many cases, the person who self-harms has an inner voice saying that they need to do whatever their self-harming crutch is. Often, that voice is built off habit that comes when they learn that self-harming “helps” them. It should be expected that these thoughts can come back sometimes, even when we haven’t self-harmed in a long time. We may need you to help talk us out of them sometimes.

Threatening to leave us if we relapse is not a good idea.

When you’re dating someone who self-harms, threats are often viewed as challenges. If you threaten to leave us if we cut/purge/etc., it’ll probably make us do it just to see if you’re telling the truth – or to see if we can do it without you finding out. This isn’t done for attention, as you might think, and we’re not (usually) trying to make you feel sorry for us. A general rule of thumb is to assume the self-harming behavior has absolutely nothing to do with you. Just don’t be insensitive about it.

Fading scars are a huge deal.

It might seem like something really silly, but most of us are very self-conscious about any scars that might have come from our self-harming. When these scars start to fade, it’s a big deal for many of us, and it’s something we’ll often want to celebrate. Personally, I never wore shorts in public until I was around 23 – I hid my cutting on my thighs so that I could control who saw them. Once the scars had faded enough to where I felt comfortable, you couldn’t stop me from wearing shorts – super short shorts. I had some people who made a fuss about me “showing my body off”, and a few people who noticed my scars for the very first time, but I felt more comfortable in my skin than I ever had before. (Once the scars are completely gone, I’d like to get them tattooed over, but I want to be 100% sure I’m not going to relapse over the tops of the tattoos first.)

If we’ve been doing good for a long time, but then we slip up – please wait for us to bring it up. By policing our bodies, you’re not exactly making us want to open up to you. Don’t get me wrong: If you’re allowed to see new cuts, your self-harming partner really trusts you. But bringing attention to the cuts is sort of awkward.

“Kissing the scars away” is romantic – in theory.

There’s this thing that seems to be passed around in any movies or TV shows where someone cuts: Another person who cares about them and nurtures them will kiss each one of the scars. In theory, this is a really sweet idea, since it feels like you care enough to try and erase them. But especially if there are a lot of scars, it will feel really awkward to have you personally recognize each one. I can’t even explain how awkward it is. If you’re going to do this, go with one small area, and say nothing afterward. We know what you mean.

For some of us, there may be a sexual thrill associated with self-harming.

We don’t need you to fix us.

If we still self-harm, it doesn’t mean you’re supposed to fix it for us. Chances are, we don’t really want to discuss it – we just want to know you’ll be there if we do need to talk about it. In some extreme cases, it might be necessary for you to get us help. But we don’t expect you to have magical healing powers that just chase the demons away. You shouldn’t expect to, either. This is a battle we’ve got to fight alone. Just don’t leave our sides while we do.

It’ll probably always be a part of our lives.

Many of us are able to get over our self-harm and live normal lives, but that doesn’t mean that it’ll never come back. We get better at controlling the thoughts, but we’ll still think them sometimes. We don’t need to be shamed, and we don’t need to be coddled. We just need someone who knows that things might get hard sometimes.

The scars might never go away, either. Some of us might cover them up with makeup or tattoos, and others might choose to hide them with clothing or wear them with pride. No matter which action we take, it’s the right choice for us. Don’t try to make us change our minds on how we deal with this – chances are good that we’ve already found what works for us. If we want your help, we’ll ask.

PrevPreviousFinding Acceptance: What Happens When You Are A Minority Within A minority?
Next11 Orgasms A Trans Woman Can HaveNext