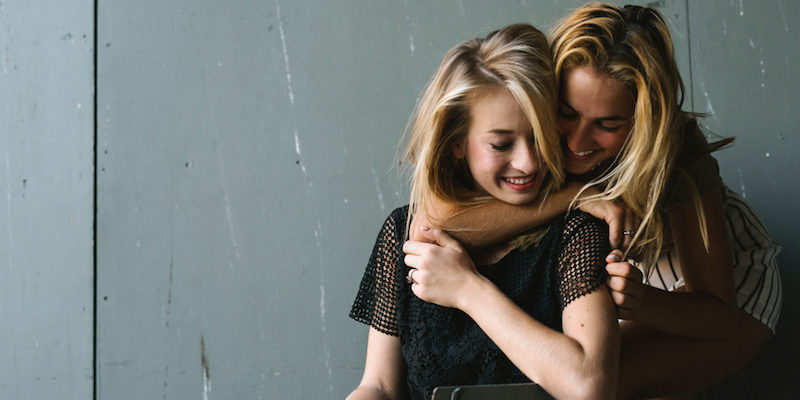 Q: How should I deal with my crush?

Help. I’ve just started my first term at university and I can feel myself developing a crush on my housemate. We met at freshers week and instantly clicked. We have so much in common.

She’s attractive, funny, sensitive… everything basically. But we’re going to be spending the next three years together so I really don’t want to make a move if it’s going to make things awkward.

Also, I can’t even tell if she’s gay! What should I do?

A: Well, reader, the easiest thing you could do would be to ask her. It might make things awkward, but if you don’t ask, you’ll never know.

My girlfriend actually brought up a really good idea – you could bring up some past partners you’ve had, if you’ve had some, to see if she offers any information about her past relationships – such as the possibility of some of them being female.

She says, in her experience, this allows her to subtly “out” herself without putting pressure on her to instantly come up with a recovery if she’s not interested in ladies. If you’re worried about things being awkward, this can be a lifesaver – you don’t have to express your interest in her until you’re at least sure she’s playing for the same team.

If you’re a little less for subtlety, you could consider coming straight out and telling her that you’re gay, and asking if she is (or if she has a boyfriend, girlfriend, etc.). It has more of a chance of awkwardness, but pretty much only if she’s homophobic. (And if she is – do you really want to share a flat with her anyway?)

If you find out she is gay, you can continue to discover whether she’s interested in ladies like yourself – of course, the same choice of “subtlety” versus “overtness” will still apply. Get to know her on a deeper level and in time you’ll discover whether you two have a standing chance to be together. There’s no rush to jump into it; as you’ve said, you’ll be spending the next three years together.

Best of luck to you reader, and let us know how it turns out!