How Do I Deal With New My Girlfriend’s Lack Of Enthusiasm In The Bedroom? 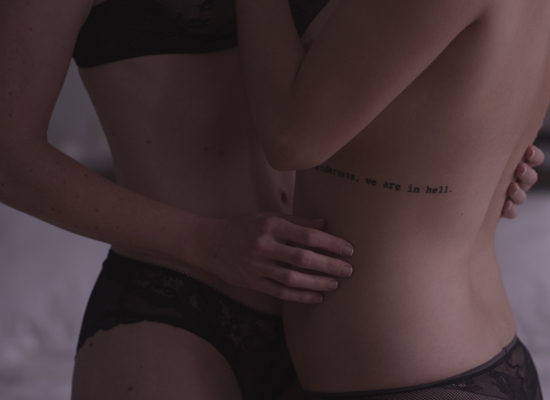 Here is my back-story. I met my girlfriend, online about 6 months ago. We’re both in college, but she is a year younger than me. We have been officially dating for 4 months. Our relationship is everything I want it to be; we communicate well, spend a healthy but not obsessive amount of time together, and generally get along great.

We both vaguely identify as bisexual, although I would say I am more on the lesbian side than she is. I’ve never had a “serious” relationship with a man, and have only really dated women, and in most of my relationships I have been the more “top” or dominant one, taking on a more giving role. She has only been with one other woman, and admitted to me she was more the receiver than the giver.

Okay, moving on. We had sex for the first time after knowing each other for 2-3 weeks. We both had a few drinks, she slept over at my place, and I initiated things and took charge. She made no move to reciprocate, but I was fine with that. As I said earlier, I’m more of a giver than a receiver, and I’m honestly more comfortable that way and I get plenty of pleasure out of it.

So we continued dating, and continued having sex, with the exact same formula. I will initiate and then we cuddle. She makes no move to reciprocate and she never initiates things. We have had 2 conversations about this in the past 6 months that we’ve known each other. The first conversation was when she was drunk and said she wanted to fuck me but she was nervous, and I said I would like that too but I wasn’t totally comfortable with it yet, and I was on my period at the time (we had been dating for less than a month). The second conversation was after we had been together for about 6 weeks. I can’t remember exactly how the topic was brought up, but she told me she was really nervous about it because I am so good at pleasing her and she doesn’t know what she’s doing at all. I told her that that’s okay and I’m not expecting anything amazing, and I am becoming more comfortable with the idea of her touching me.

I want her to want me. I don’t know if she doesn’t want to be with me, if she’s not attracted to me, if she’s just nervous, or lazy, or what it is. I’m now kind of losing my motivation. I don’t know if it’s smart/appropriate to bring it up boldly, like “hey, why don’t you fuck me tonight?” or to wait until she initiates, or somewhere in the middle. Help?!

Let me start by answering your story with a little story of my own. In most of my past relationships, I have primarily been the giver – but not the initiator. I’m incredibly shy, but like you, I am really into giving it to my partner. I like to get it, too – but I won’t really ask for it. I have a hard time starting something on my partner unless I’m asked, too. If I had to guess, I’d say your girlfriend is probably a little like me.

With my current girlfriend (who is mostly a giver, and quite a bit bolder than I am), it was actually about four or five months before I ever did anything to her. It wasn’t because I didn’t want to, but because I was really self-conscious. I know I’ve got skill, but it’s always nerve wracking with someone new.

Then, one day, she apparently got tired of being the only one to do anything, and she stuck my hand in her pants. Literally, that’s all it took. Sure, she had to initiate the first few times, but after a while, I got used to the idea, and started initiating on my own. Admittedly, I don’t give it to her as much as she gives it to me, but as far as I’m aware, she’s okay with that. She will occasionally ask for it, and I gladly oblige.

I don’t know why we (your girlfriend, myself, and a bunch of other women) are like this, but we are. I don’t think it’s a lack of enthusiasm, though. Most women are just shy, especially if she doesn’t have a lot of experience with giving. Gently coax her into it and she’ll probably be shy, but receptive to the idea.

Once she’s a little more comfortable with the idea of giving you pleasure, try introducing sterner “requests”, like the one you mentioned. In a sexual context, many women are aroused by the idea of being told what to do – and especially if you find she follows directions well! Maybe not on the days you’re trying to be intimate and romantic, but an occasional “fuck me right now” is pretty sexy and provides a great deal of motivation and enthusiasm (at least for me!)