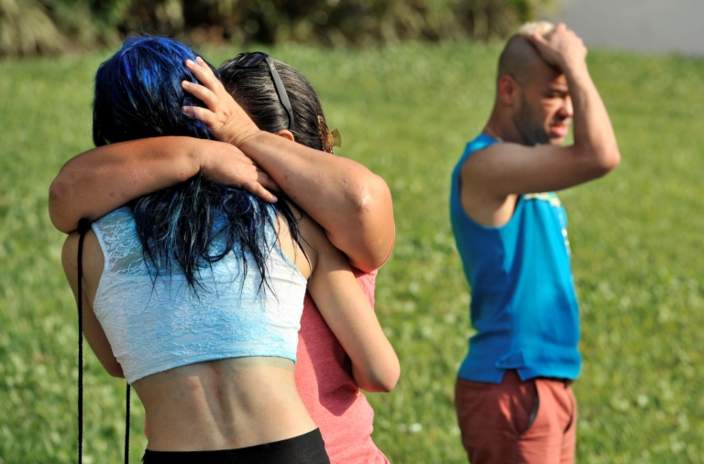 More than a hundred people have been confirmed dead or injured after the mass shooting in Orlando’s Pulse nightclub.

The rising number makes the atrocity the worst shooting in American history.

Omar Mateen was named as the shooter in the incident, which killed at least 50.

The US citizen’s parents are from Afghanistan, and FBI agent Ron Hopper spoke to reporters to say that he may have leanings towards Islamic extremism.

The shooter, a resident of Port St Lucie, Florida, was killed after a “gun battle” with police officers in the early hours of Sunday morning.

Mateen’s father has apologised for the incident, saying he did not think his son was religiously motivated.

He also said that his son, 29, got angry a few months ago after he saw two men kiss in Orlando.

The shooter, a resident of Port St Lucie, Florida, was killed after a “gun battle” with police officers in the early hours of Sunday morning.

His identity was revealed by CBS News, the Washington Post, and NBC News. The BBC suggests that although he was not on a terrorist watch-list, he may have been being investigated for a previous crime.

As well as a White House statement condemning the attack, which authorities described as a “terrorist incident”,  an appeal was put out for O Negative, O Positive and AB Plasma blood donors.

The President was briefed this morning by Lisa Monaco, Assistant to the President for Homeland Security and Counterterrorism, on the tragic shooting in Orlando, Florida. Our thoughts and prayers are with the families and loved ones of the victims. The President asked to receive regular updates as the FBI, and other federal officials, work with the Orlando Police to gather more information, and directed that the federal government provide any assistance necessary to pursue the investigation and support the community.”

Orlando Mayor Buddy Dyer described the crime as “horrific” at a press conference this morning.

Woke up to hear the devastating news from FL. As we wait for more information, my thoughts are with those affected by this horrific act. -H

An Orange County Sherriff described the incident as a “domestic terrorist incident”, which was confirmed by the FBI, a spokesman said: “Domestic or international, it’s terrorism”.

It was confirmed that an officer attended the Pulse club and engaged with a “gun battle” with a shooter who was using an assault rifle and a pistol.

This turned into a hostage situation. Multiple officers from various agencies responded.

The shooter was organised and well prepared. He is not from this area”

Multiple officers from local, state and federal agencies responded to the incident at the club, where approximately 320 people were in attendance.

At approx 05:00 this morning the decision was made to rescue hostages after people phoned police from the toilets in the nightclub. The police drove a truck through the wall in order to distract the gunman.

The nightclub posted on its Facebook page as the shooting unfolded: “Everyone get out of pulse and keep running”.

Updates about the Pulse nightclub shooting are being added to the Associated Press website on the link below.