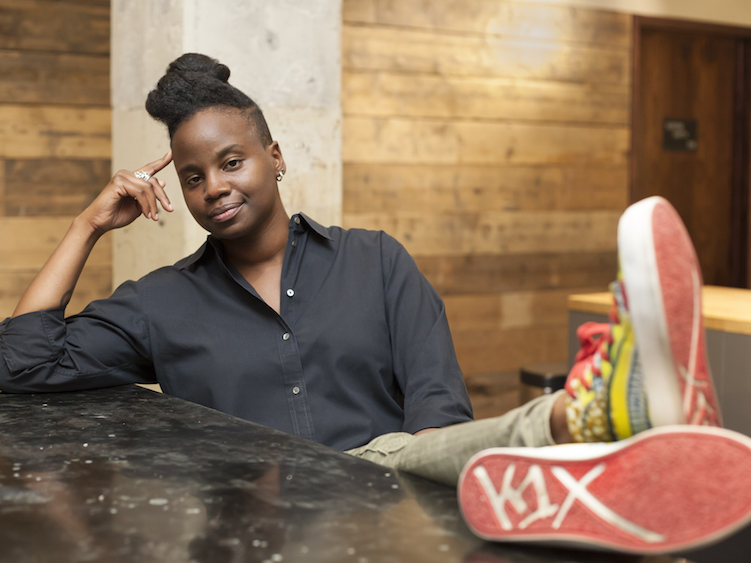 Screenwriter Dee Rees and Get Out Producer Jason Blum are joining forces for what should be a one-of-a-kind movie that speaks to the terror of homophobia, sexism and racism, at the very least.

Blum made a name for himself as one of Hollywood’s most prolific horror producers, having recently worked on Get Out, Split, and The Purge.

Rees directed the Pariah, which centres on a young black lesbian coming to terms with her sexuality and familial rejection. She also earned a Golden Globe nomination for the biopic Bessie, about 1920s queer blues singer Bessie Smith staring Queen Latifah.

The duo apparently met at the Sundance Institute while giving speeches, Rees approaching Blum and offering a movie pitch:

You’ve got me and my wife, two black lesbians, and when we first moved in, we fought every day over all these little things: ‘Why is this over there? Did you move that?’

Maybe it was a ghost. Or maybe it was some other force — like us not wanting to be there or fitting in. Anyway, that’s my horror-movie pitch.”

Blum immediately replied the two should work together, with The Tracking Board confirming they had indeed signed a deal soon after the initial meeting.